In other words... Mass censoring of any possible viewpoint that's counter to what and how THEY want you to view the world.
This is your NWO staring you right in the face... So close to completion, that they don't even hide it anymore. 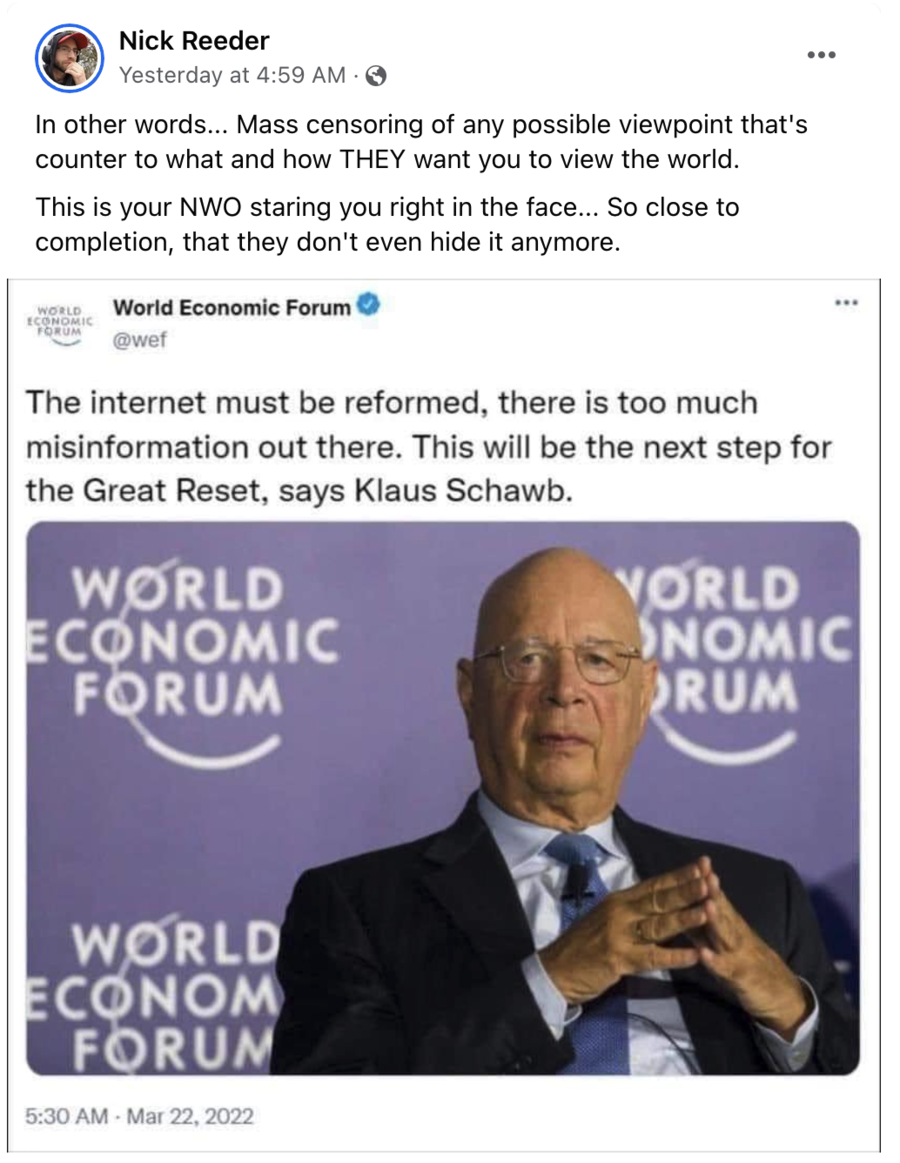 The internet must be reformed, there is too much misinformation out there. This will be the next step for the Great Reset, says Klaus Schawb.

Schwab's name is misspelled in the tweet, as his official biography on the World Economic Forum website shows.

A search of the WEF Twitter account does not show this tweet on March 22, 2022. There were 11 tweets posted that day; this was not one of them. A Twitter search does not yield any retweets or screenshots of the image.

A Google search of keywords from the claim did not yield any results that proved the claim.

Lead Stories has published multiple stories regarding The Great Reset public policy initiative the WEF launched in response to the COVID-19 crisis. The phrase has been hijacked by conspiracy theorists who believe an evil cabal is using the pandemic as a pretext to seize global domination. In some versions of the theory, shadowy elites orchestrated COVID to seize power; in others, the virus presents the opportunity for them to do so. We have also published debunks of other claims regarding Schwab here.