Did Ukrainians put a Russian tank on sale on eBay? No, that's not true: When Lead Stories searched eBay, we did not find this listing. We only found listings for books about Russian tanks and models of tanks. Also, this tank image has been on the Internet as far back as November 12, 2010.

Ukrainians are selling Russian Tanks. And I am interested...but how much is shipping? 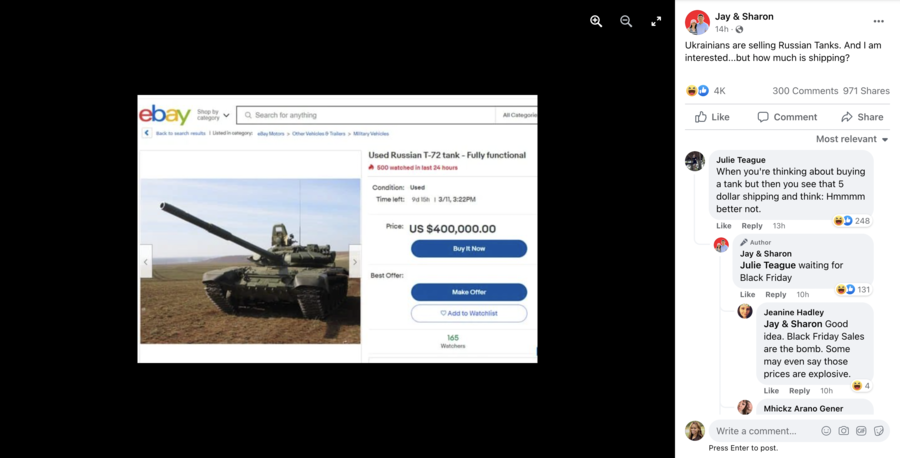 Lead Stories searched for "Used Russian T-72 tank - Fully functional" in eBay, just as it is shown in the Facebook post. No exact matches were found at this time. The matches that were found were reading material about tanks from Russia. 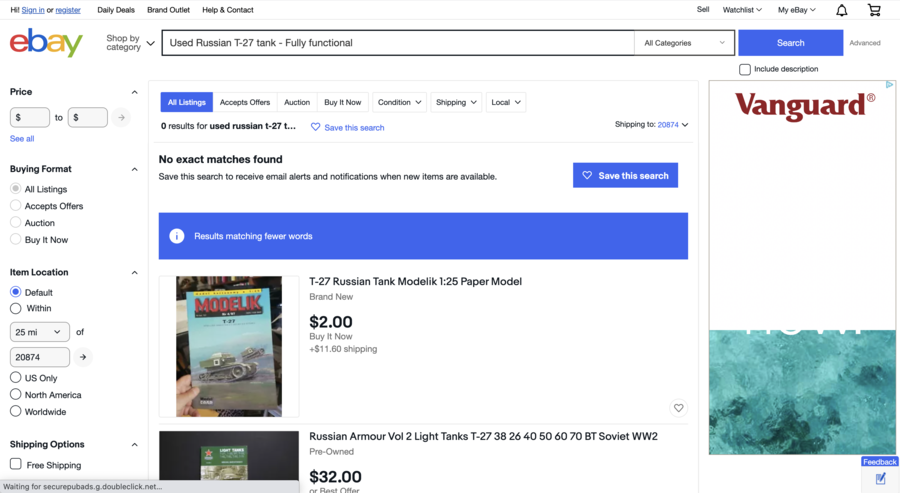 A reverse image search of the tank shows that this image has been online as early as November 12, 2010.

More Lead Stories fact checks about the ongoing Russian invasion of Ukraine can be found here.