Does a newsreel clip showing the shattered windshield of a car that was carrying American journalists when it came under gunfire near Irpin, Ukraine, show evidence of news media manipulation because the car appears to have a 2021 West Virginia inspection sticker? No, that's not true: While we cannot verify the specifics of the car in the file footage, it is not impossible or improbable for a used car from the United States to be in Ukraine. Many used cars are exported from the United States to nations overseas, with Ukraine being one of the top importers.

News that American journalist Brent Renaud was killed in Ukraine on March 13, 2022, was broadcast by many stations using the same file footage. Posts on social media appeared that same day, calling attention to the sticker in the shattered windshield that looks to be a West Virginia inspection sticker. One example posted on Facebook on March 13, 2022, is a handheld video of a newscast playing on a TV. The post has this caption:

How did a car from wv end up in Ukraine on nbc news. 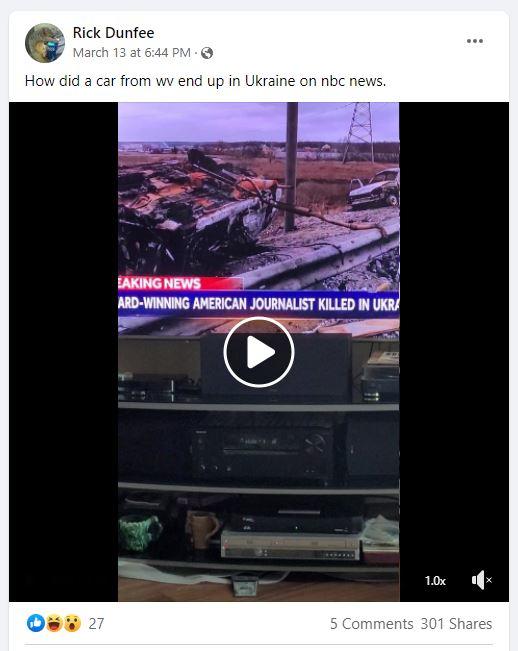 Below is a Lead Stories composite image (opens larger in a new tab) showing several screen captures of American news broadcasts that were shared on Twitter and Facebook (here, here, here, here and here) by people who questioned if this footage could show a U.S. car that was really in Ukraine, with some posts and comments implying media manipulation. 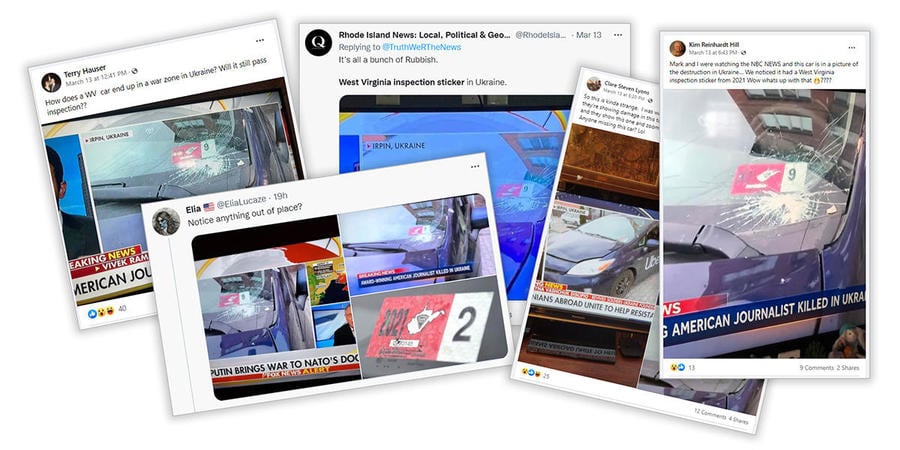 The sticker appearing in the newsreel footage does appear to be a West Virginia inspection sticker. A file photo appearing in an article on ptonline.net is shown below for comparison. 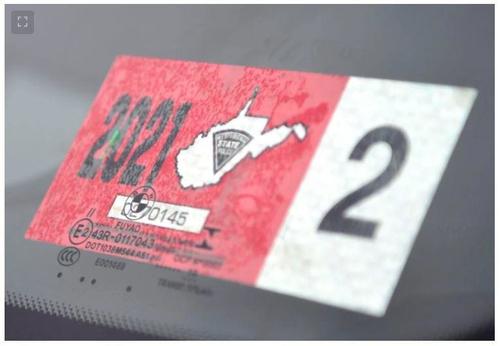 The three largest exporters of used vehicles, the European Union (EU), Japan, and the United States of America (USA), exported 14 million used light duty vehicles (LDVs) worldwide between 2015 and 2018. The EU was the largest exporter with 54 per cent of the total followed by Japan (27 per cent) and the USA (18 per cent).

The major destinations for used vehicles from the EU are West and North Africa; Japan exports mainly to Asia and East and Southern Africa and the USA mainly to the Middle East and Central America.

Seventy per cent of exported LDVs head to developing countries. Africa imported the largest number (40 per cent) in the period studied followed by Eastern Europe (24 per cent), Asia-Pacific (15 per cent), the Middle East (12 per cent) and Latin America (nine per cent).

This is not the first time the appearance of a used American vehicle in a war zone caused people to jump to conclusions. In late 2014, photos of a black truck in Syria, still bearing the decals of a Texas plumbing company, now outfitted with a mounted twin-barreled anti-aircraft gun, began to circulate online. Some people thought the plumbing company might have ties to terrorists and left threatening messages at the number still on the truck's door.

When the original owner traded in his truck in 2013, the dealership told him they would remove the decals. They didn't. A lawsuit against the dealership was settled in October 2016.