Was this photo, purported to show the suspect in the April 2022 Brooklyn subway shootings, being circulated by official sources? No, that's not true: This man is not the suspect in the shootings, who is still at large and identified by authorities as Frank R. James, 62. This image shows comedian Sam Hyde and is a still taken from a YouTube video. There has been a long-running internet hoax in which Hyde is falsely identified as the suspect in the aftermath of a real shooting incident.

The most recent edition of the "Sam Hyde is the Shooter" hoax was posted on Twitter (archived here) on April 12, 2022. It was captioned:

This is the imagine I've seen going around of the possible subway suspect. He is still at large 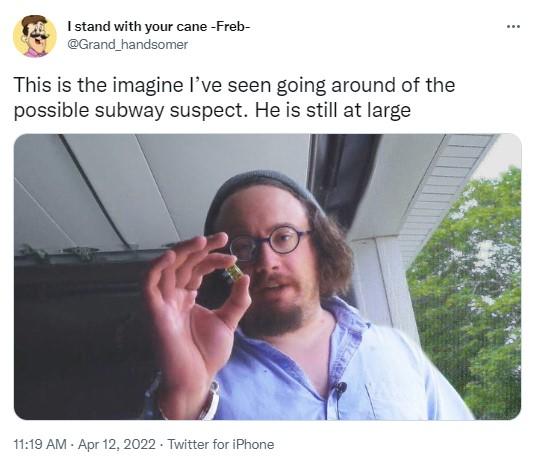 This image was sourced from episode 41 of HydeWars, one copy of the episode posted on YouTube by the "LIL SHITPOST [MDE.TV]" channel, and titled, "Sam Hyde - Jeffrey Epstein & New Car [HydeWars_041 ft. Nick Rochefort]." The screenshot below shows this moment at about the 5:25 timestamp. 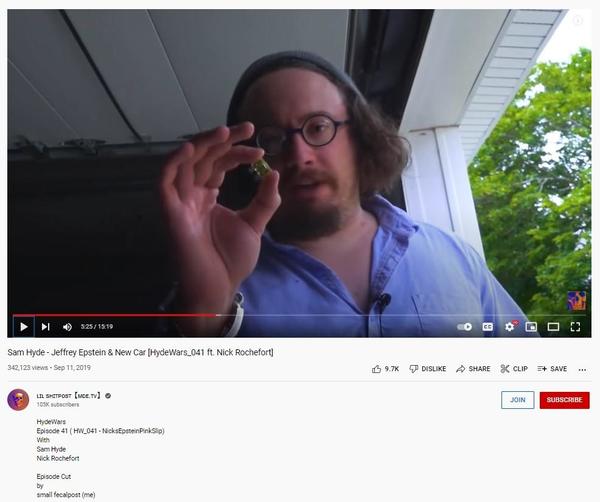 Lead Stories recently published a fact check about a post that had identified "Samuyil Hyde" as the "Ghost of Kyiv." The backstory of the "Sam Hyde is the Shooter" hoaxes can be found on knowyourmeme.com, which lists some of the violent incidents he has been falsely linked to since 2015:

Sam Hyde has been a target of smearing campaigns carried out by 4chan's anonymous trolls and critics of his comedy, prompting his name to be invoked as a possible suspect in a number of major gun violence incidents across the United States since 2015, including the shootings in San Bernardino, California, Kalamazoo, Michigan, Hesston, Kentucky, Minneapolis, Minnesota, the Planned Parenthood clinic in Colorado Springs, Colorado, the U.S. Naval base in San Diego, California, the U.S. Air Force base in San Antonio, Texas, among many others. In July 2016, Hyde was once again falsely attributed by several European news outlets as a suspect in the shooting spree at a shopping mall in Munich, Germany, resulting in the largest spike in search queries of his name to date.

At the time of writing the suspect in the April 12, 2022, shooting on a subway train in Brooklyn, New York is still at large. On April 13, 2022, the official Twitter account of the New York City Police Department, NYPD NEWS, posted photos of the suspect, who was identified as Frank Robert James. 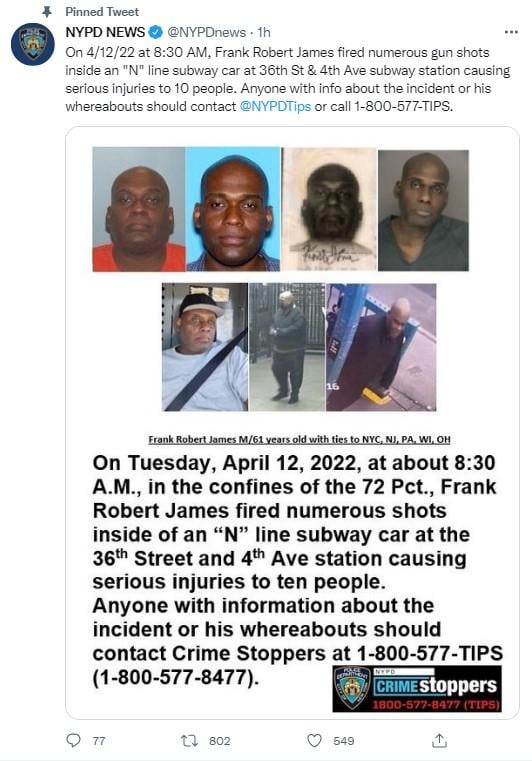