Will all ships have to travel 30% slower in accordance with carbon emissions regulations set by the United Nations starting on January 1, 2023? No, that's not true: Although the United Nations' International Maritime Organization (IMO) announced requirements that will go into effect on January 1, 2023, those requirements do not contain a specific target speed for ships to travel. Changing ship speed is among the many options the IMO suggests to reduce greenhouse gas emissions.

All ships in the world have to go 30% slower starting January 1st to comply with UN carbon emissions regs. Cutting the capacity of the ocean network--the circulatory system of the world economy --by 30% will cause untold economic devastation.

Lead Stories reached out to the IMO for more information about the claim.

In emails sent to Lead Stories on April 4, 2022, the IMO said it is not sure where the "30% slower" portion of the claim came from. However, it did explain that it has designed new regulations that should help ships decrease their greenhouse gas emissions. That reduction of greenhouse gas emissions is a mandatory IMO measure that will go into effect on November 1, 2022 -- but there is nothing specific regarding a 30% reduction in ship speeds.

Ships will be required to determine their Energy Efficiency Existing Ship Index (EEXI) and establish their annual operational carbon intensity indicator (CII) and CII rating. Those requirements will take effect on January 1, 2023. There are suggestions by the IMO on how to achieve those measures but nothing requiring that "all ships in the world have to go 30% slower," as the post claims.

One of the practices the IMO suggests to reduce emissions is improving the "just in time" operation of ships, which would allow ships to reach their destination more efficiently. Another practice suggested is "speed optimization," which aims to minimize total fuel consumption by ships by adjusting their speed. Although these practices focus on ship speed, they do not establish a numerical milestone for ships to reach regarding their speed.

The IMO sent a graphic that explains some of the other practices ships can implement to cut down on greenhouse gas emissions: 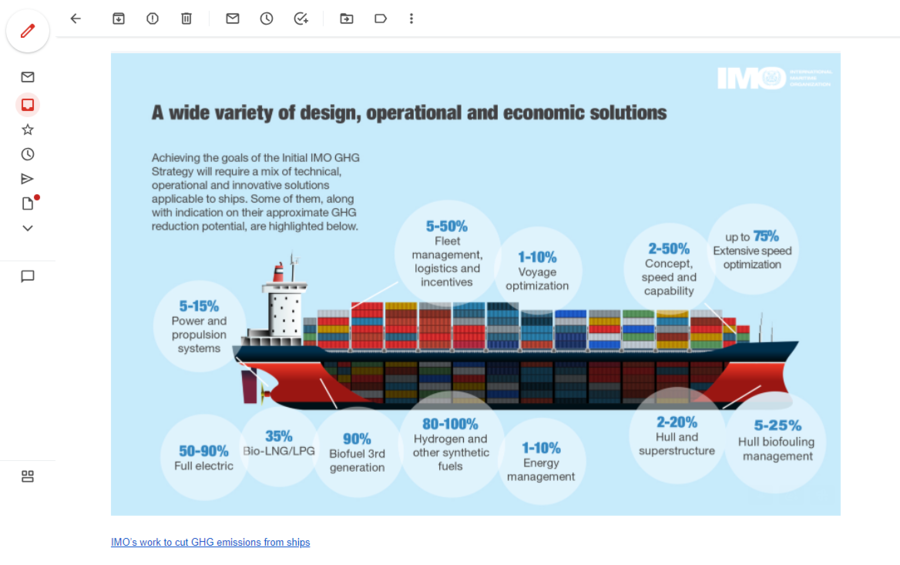 The caption of the Facebook post making the claim links to this article published by The Journal of Commerce titled "Slow steaming, congestion to blunt container capacity injections: Zim." The article does not mention a 30% ship speed reduction requirement; rather, it reports that shipping industry leaders believe that the only way for ships to meet the IMO standards is to slow their speeds.

Lead Stories also reached out to the International Council on Clean Transportation for comment about the claim. We will update this story with any response.