Was actor Alec Baldwin arrested, convicted and then sentenced to death by the U.S. military? No, no part of the claim is true: Baldwin was seen in a New York City park with his children a day before the story making the death-sentence claim was published. The claim was published by Real Raw News, a site known for writing false claims about public figures.

The claim appeared in an article (archived here) by Real Raw News on May 23, 2022, under the title "Military Sentences Alec Baldwin to Death." It opened:

The military tribunal of depraved actor Alec Baldwin was over almost as soon as it began. 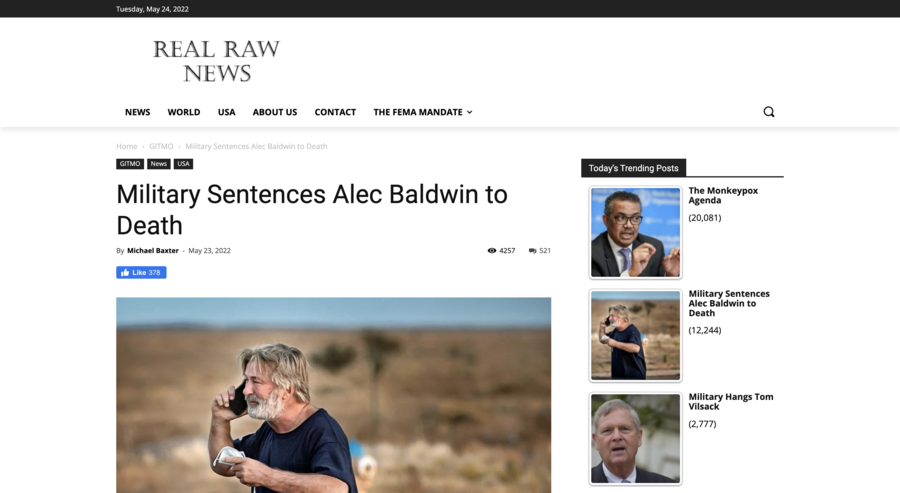 According to the article, Baldwin was arrested on May 1, 2022, sent to Guantanamo Bay to await military tribunal, then convicted and sentenced to death on May 16, 2022.

The Daily Mail reported that Baldwin was seen at Washington Square Park in New York City on May 22, 2022, a day before the Real Raw News article was published. The Daily Mail story included photos.

Lead Stories contacted the Pentagon to ask about the Real Raw News claim. We will update this story once we receive a reply.