Did the American daytime television show "The View" pay $22 million to Kyle Rittenhouse along with giving him a formal apology? No, that's not true: No such payment has been announced or reported. The claim was made without documentation or other evidence by a website that describes itself as a source of "parody, satire, and tomfoolery."

The claim originated in a May 25, 2022, post by USA Taters, (archived here) with the headline: "The View Settles With The Rittenhouses For $22 Million and a Formal Apology." The usataters.com article continued:

ABC's The View will compose a written apology to Kyle Rittenhouse and his mother, Wendy Rittenhouse, and deliver it along with a check for $22 million. The Rittenhouse's spokesman, Joe Barron, says the settlement didn't take long and 'wasn't very difficult.' 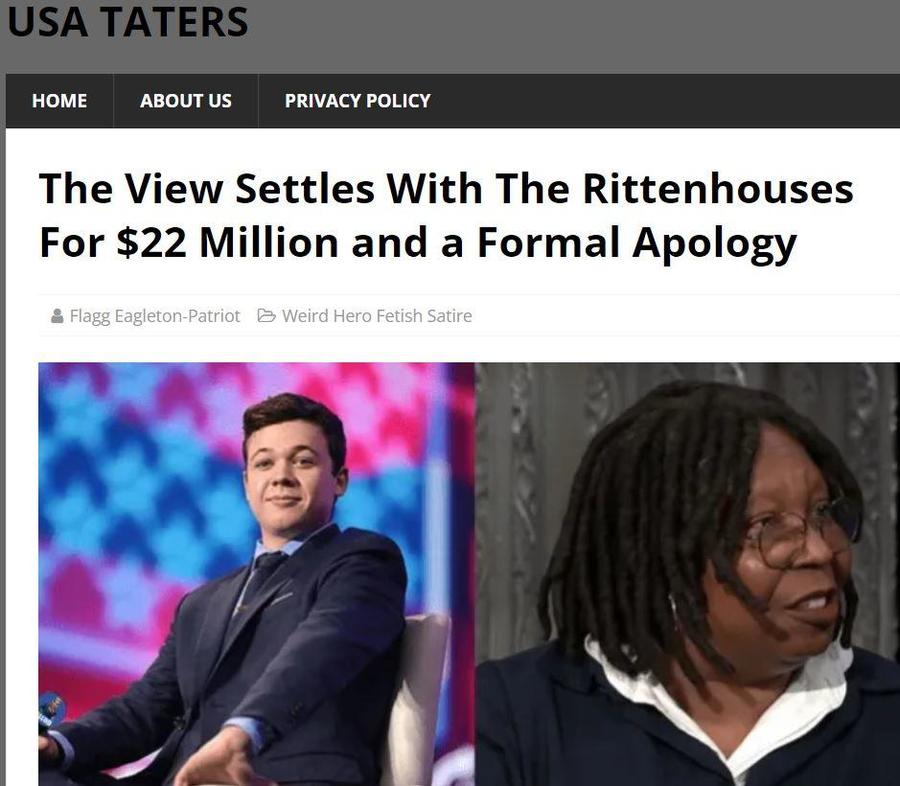 The article is immediately below the headline labelled "Weird Hero Fetish Satire." The site's "About Us" page makes it clear that it exists to bait conservatives into responding to or re-reposting fake news about favored conservative targets, such as the women on "The View," an ABC daily talk show:

Usataters.com is a subsidiary of the "America's Last Line of Defense" network of parody, satire, and tomfoolery, or as Snopes called it before they lost their war on satire: Junk News...Everything on this website is fiction. It is not a lie and it is not fake news because it is not real. If you believe that it is real, you should have your head examined. Any similarities between this site's pure fantasy and actual people, places, and events are purely coincidental and all images should be considered altered and satirical. See above if you're still having an issue with that satire thing.

Rittenhouse killed two men and wounded a third in 2020 but was cleared of all charges. There is no publicly available documentation that he received money from ABC or the producers of "The View." There is also no evidence that he even sued the TV program. Reputable news sources like NPR and Reuters that have covered the Rittenhouse case from end to end have not reported either element of the claim.The claim was re-posted in a Facebook post by rock star Ted Nugent of a screenshot of a tweet on May 26, 2022.

Thank you Kyle Rittenhouse and team for demanding justice back into our mostly failed justice system. Godspeed good over evil and the purity of self-defense.  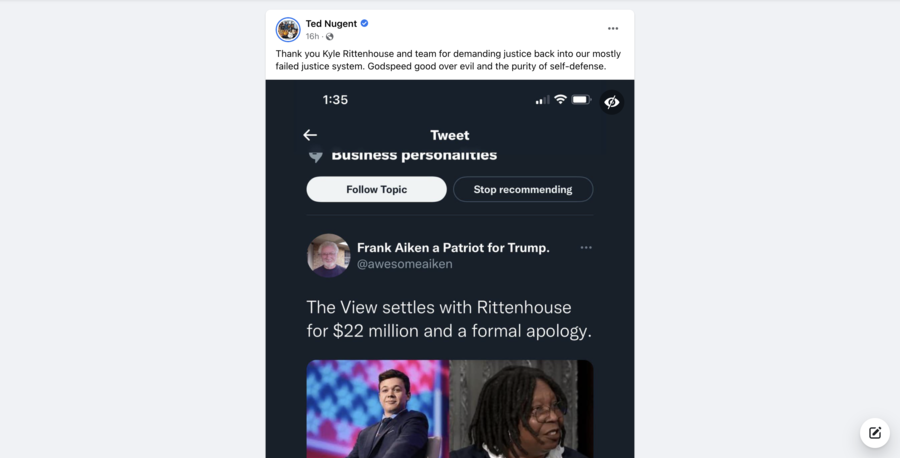