Do some photographs in some social media posts show Texas school shooter Salvador Ramos wearing skirts? No, that's not true: Images depicting a person dressed in a skirt and holding a transgender pride flag do not show Ramos. They show a Reddit user, identified as Apprehensive_Ad_995, who has posted since the shooting, writing, clearly: "it's not me."

NO mental illness here of any kind so let's blame the guns... Here is your Texas school shooter, 18-year-old Salvador Ramos, from North Dakota. They will bury who this monster is. 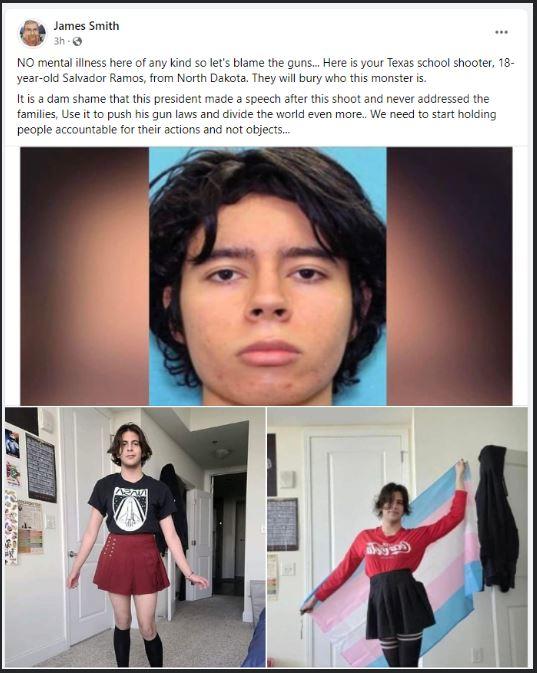 The post did not provide any sourcing to substantiate its claim that all three photographs show Ramos. And, in fact, they do not.

Apprehensive_Ad_995 continued to post after the shooting in Uvalde, Texas, writing: "it's not me, I don't even live in texas." Ramos died at the scene of the May 24, 2022, attack, which claimed the lives of at least 19 children and two adults.

They are my pics. people are using to make trans people look like murderers and blaming me for the shooting

Some of the social media posts that falsely identified Ramos using Apprehensive_Ad_995's images were explicit about describing Ramos as transgender, even though there is no evidence that's true. An example can be seen below: 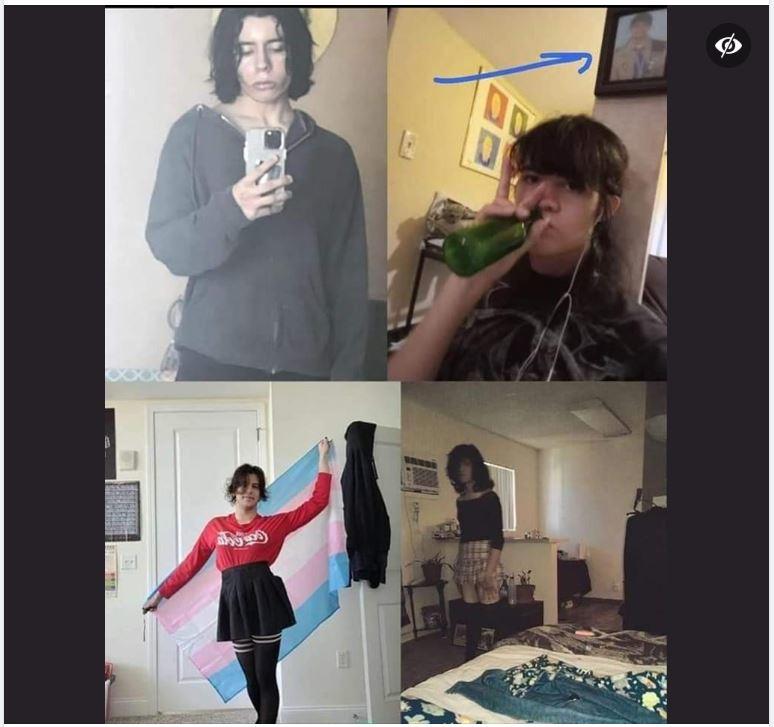 On Reddit, Apprehensive_Ad_995 wrote that in the wake of the shooting "people are threatening me and harassing me for no reason. They are actively trying to ruin my life instead of helping the families who were affected." Apprehensive_Ad_995 continued: