Does the Rothschild family own The Associated Press and Reuters? No, that's not true: A Reuters spokesperson told Lead Stories that this is not true. Also, Reuters 2021 annual report notes that, "As of December 31, 2021, the Company's principal shareholder, The Woodbridge Company Limited ('Woodbridge'), beneficially owned approximately 67% of the Company's common shares." The Associated Press describes itself as an "independent global news organization" on its About Us page.

The claim appeared in a Facebook post on May 26, 2022, with a caption saying, "Pay attention to details. It didn't start today." The post's 12-minute video opened:

The world of picture television brings us the news of the world through two central news agencies called Reuters and The Associated Press. 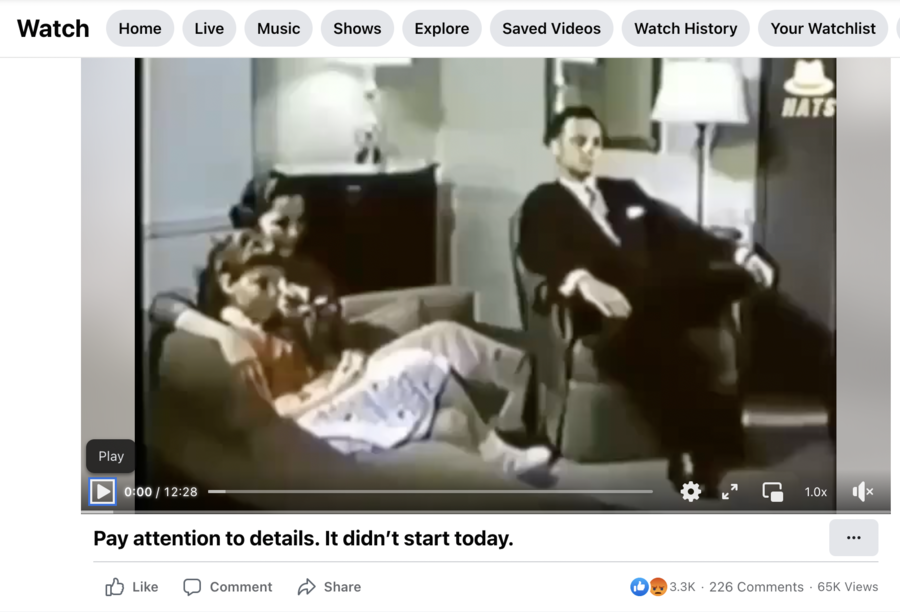 The video goes on to claim that the Rothschild family bought Reuters in the 1800s, and then Reuters bought The Associated Press later. No specific dates for either purchase are mentioned in the video.

The video falsely claims those purported purchases "made the Rothschild family owners of the world's largest central news services."

Lead Stories reached out to Reuters and The Associated Press to ask about this claim.

A Reuters spokesperson responded in a May 30, 2022, email: "Reuters is an independent news organization that operates as part of Thomson Reuters, a publicly traded company that is majority owned by The Woodbridge Company, a holding company for the Thomson family. Reuters and Thomson Reuters have no affiliation with the Rothschild family."

The 2021 annual report from Reuters notes that, "As of December 31, 2021, the Company's principal shareholder, The Woodbridge Company Limited ('Woodbridge'), beneficially owned approximately 67% of the Company's common shares."

The Associated Press describes itself as an "independent global news organization" on its About Us page. It is owned by its members, which consist of newspapers and broadcast outlets.

AP is neither privately owned nor government-funded; instead, as a not-for-profit news cooperative owned by its American newspaper and broadcast members, it can maintain its single-minded focus on newsgathering and its commitment to the highest standards of objective, accurate journalism.

Lead Stories reached out to The Associated Press' media team directly and will update this story as appropriate when a response is received.

Lead Stories has debunked several claims involving the Rothschild family. You can see those stories here.