Does this image show the supposed "true face found on Mars" and is the image a "former CIA file"? No, that's not true: The image discussed in this fact check is a creation by an artist, and the famed "Face On Mars" image is actually a rock formation and its shadows.

The true face that was found on Mars. Former CIA file.

The image is not a former "CIA file." Lead Stories reached out to Alexandre Jubran, an artist who published the image in 2013. Jubran confirmed in an email sent to Lead Stories on June 30, 2022, that the image is an original creation by him and is in his portfolio on the website deviantart.com:

... yes, this image is my creation. I made it a few years ago, and left it in my portfolio on deviant ...

The "Face on Mars" theory became popular after a NASA image of a face-like formation on Mars was taken and published in 1976. At the time, NASA explained:

The huge rock formation in the center, which resembles a human head, is formed by shadows giving the illusion of eyes, nose and mouth. The feature is 1.5 kilometers (one mile) across, with the sun angle at approximately 20 degrees. The speckled appearance of the image is due to bit errors, emphasized by enlargement of the photo. The picture was taken on July 25 from a range of 1873 kilometers (1162 miles).

This was further proven true when later images showed what the formation actually looked like. Here's an image of the formation taken and published in 2001: 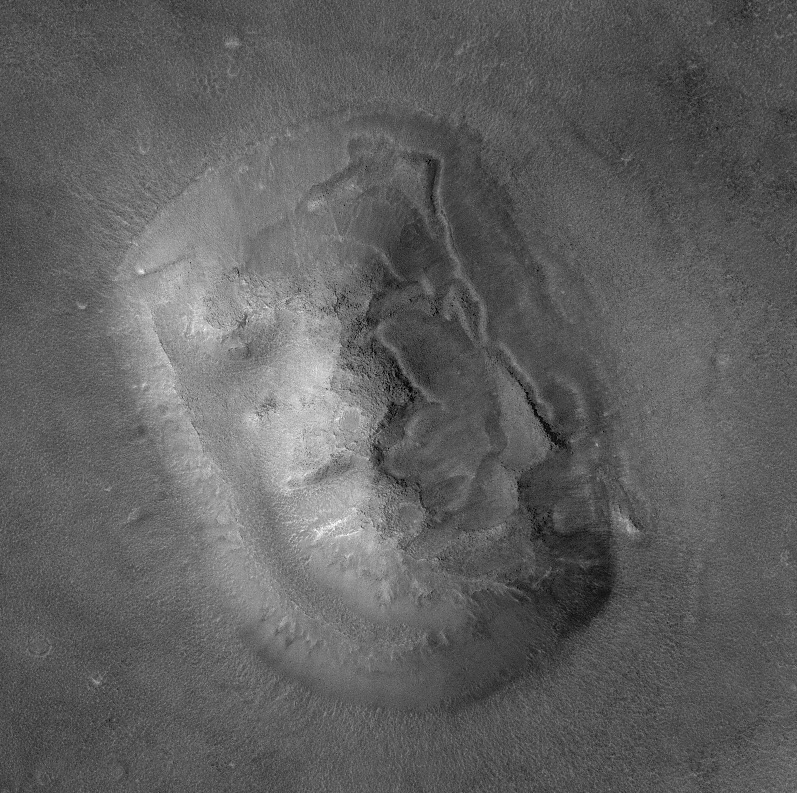 NASA published an in-depth explainer of the "Face on Mars" theory in 2001.

Lead Stories has debunked several conspiracy theories related to NASA, which can be found here.