Did the U.S. military convict and execute Jennifer O'Malley Dillon, White House deputy chief of staff? No, that's not true: A Pentagon spokesperson told Lead Stories the claim is "completely false," and O'Malley Dillon was listed among reporters on Air Force One on June 30, 2022, according to the White House. The claim was published by Real Raw News, a site known for writing false claims about public figures. Real Raw News' website has a disclaimer that states, "This website contains humor, parody, and satire."

The deputy chief of staff was on Air Force One the morning of June 30, 2022, according to a White House pool report. President Joe Biden was recently in Spain, and is returning to the United States at the time of writing. Here is a screenshot of that report: 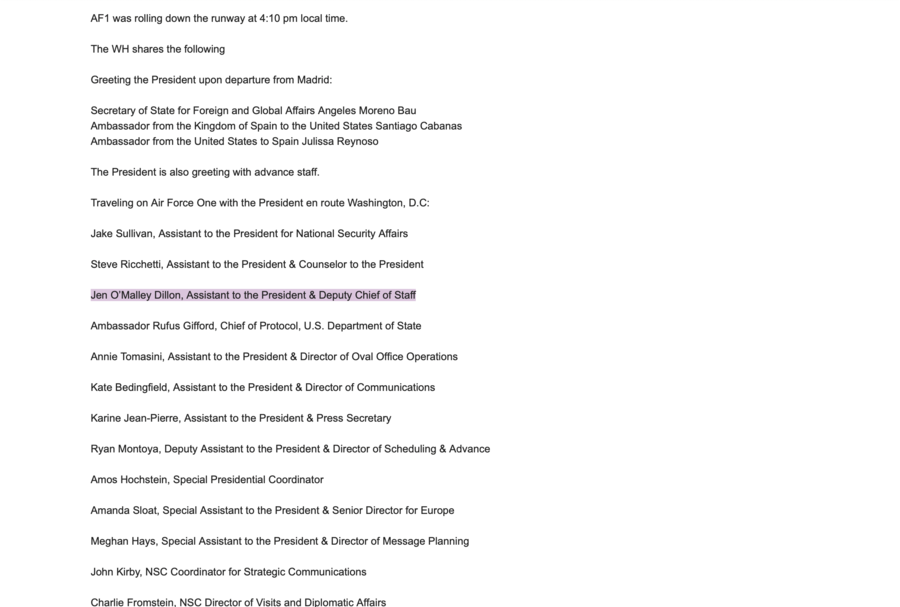 A duty officer from the Pentagon responded to this claim in a June 30, 2022, email to Lead Stories:

That claim is completely false.

Lead Stories has contacted the White House. We will update this article when we receive a response.

Here is another Lead Stories debunk on a Real Raw News story claiming O'Malley Dillon was arrested by the U.S. military.