Did Secret Service agents use prosthetic arms to conceal their real hands and weapons during former President Donald Trump's January 20, 2017, inaugural parade? No, that's not true: A spokesperson for the U.S. Secret Service told Lead Stories that such a claim was false. Earlier versions of the claim were debunked in 2017.

There is so much technology and inventions we've never heard about out there! 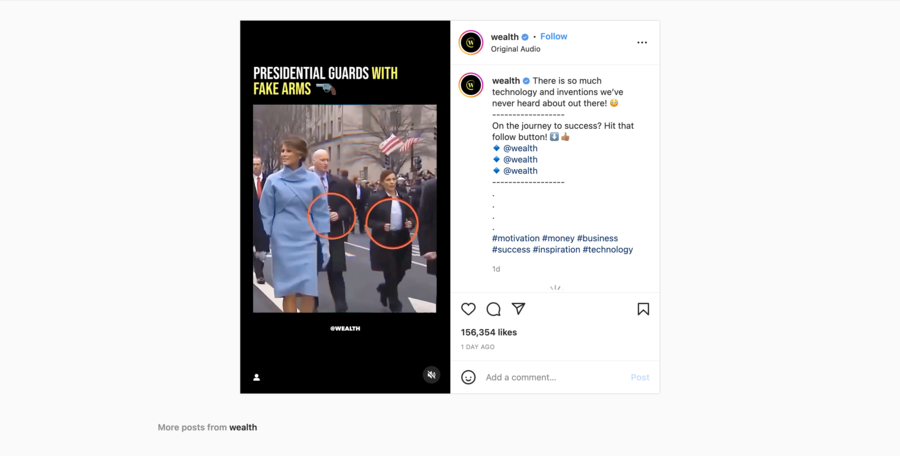 Articles from 2017 also countered this claim. A Huffington Post article included video footage showing other agents holding their hands in a similar position in front of themselves during Trump's 2017 inaugural walk, and it showed one of the agents highlighted in the post moving his fingers and fixing his tie. A Daily Mail article also included video from the 2017 walk, with one clip titled, "It's real! Trump's bodyguard moves his hand."

Here is the video example from the Daily Mail: