Does a video on social media in August 2022 show an act of aggression against a French priest? No, that's not true: The clip shows a 2020 incident in Guyana. Some of this claim's variations had such hashtags as "diversity," "multiculturalism" and "openborders," implying that the attacker could be an immigrant. According to previous media reports, it is not the first time the video has been used in anti-immigrant campaigns on social media.

This was said to happened in France 🇫🇷. A priest being popped in the head while while on the podium & having his Bible stolen. The priest staid very calm during this ordeal. What provoked him to do this? Is he just crazy?

The attached video shows what seems to be an interrupted church service. A shirtless man reaches out to a priest, slaps the back of the priest's head and takes what appears to be a Bible from a table holding other religious items. The inbuilt title says: 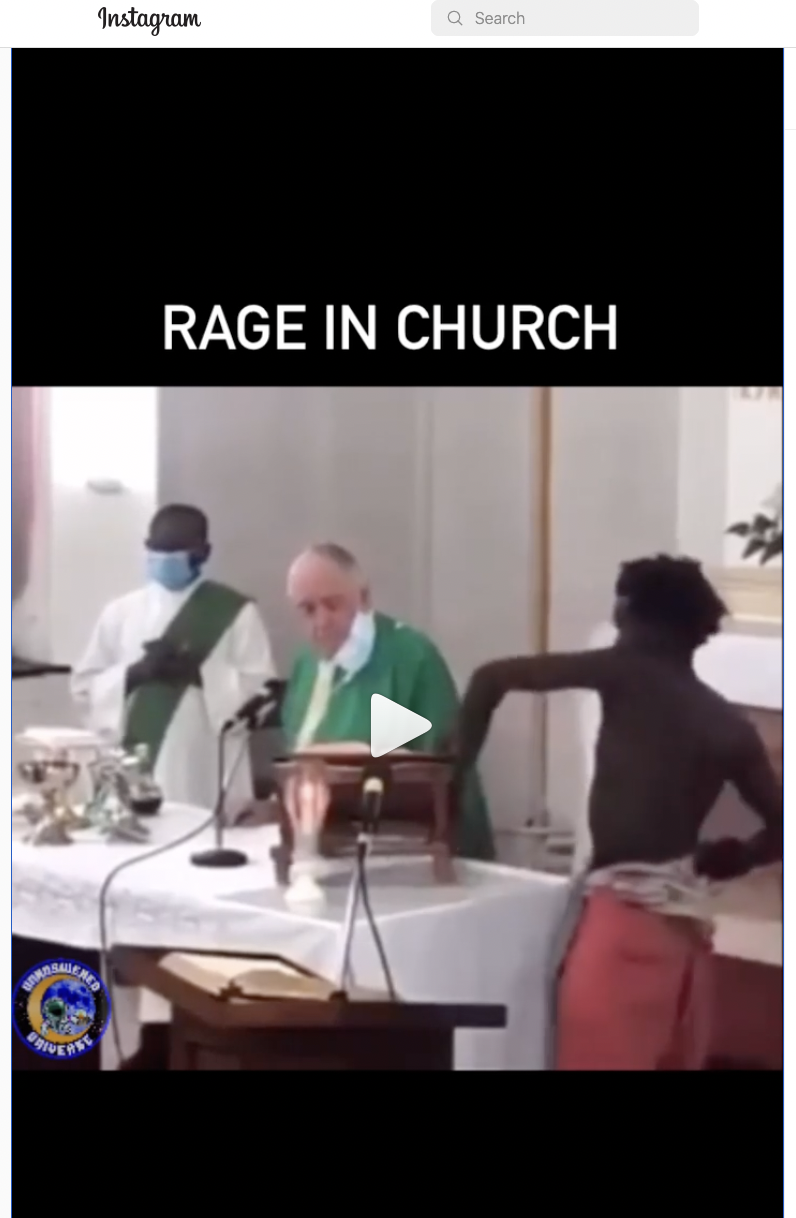 The same video was posted on Bitchute, a UK-based alternative video hosting service, under the title "France is Fun" with hashtags "diversity," "multiculturalism" and "openborders": 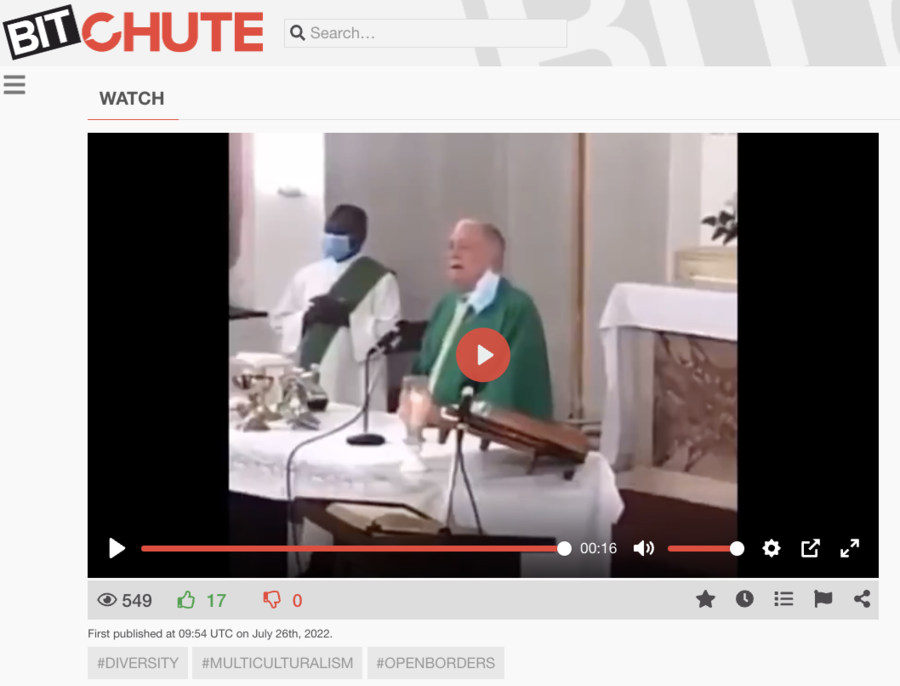 However, a full version of this video does not contain any references to France. It was first published on November 7, 2020, on a Facebook page named Catholic Media Guyana that broadcasts religious services live. The video was recorded in Georgetown, the capital of Guyana. At the 23:34 mark, the same man enters the frame: 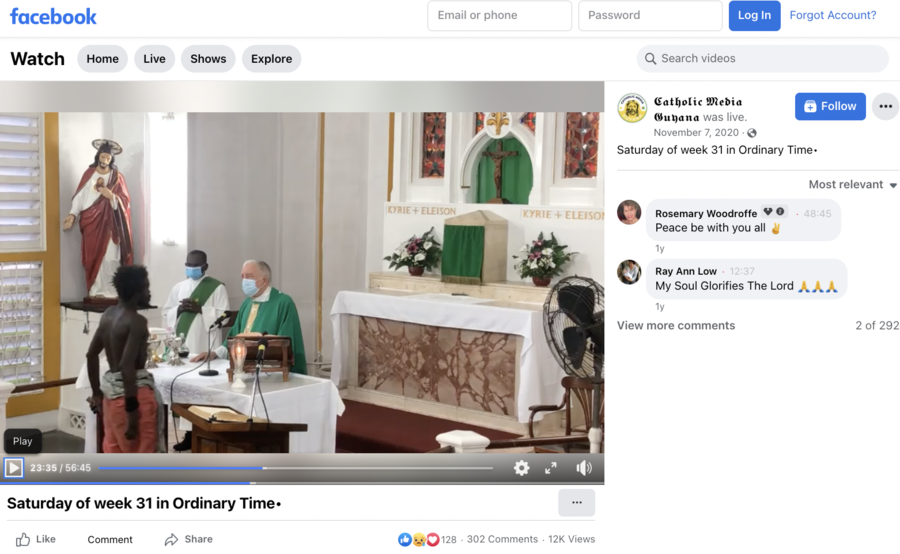 The incident lasted about two minutes. Then, the English-speaking priest suggested that the attendees pray for "those who struggle with illness."

The identity of the person who interrupted the Mass remains unknown, and there were no reports on whether he was an immigrant or local.

In November 2020, El País, a Spanish-language daily newspaper in Spain that also covers the Americas, reported that the same incident was falsely placed in the Canary Islands, a Spanish region located about 60 miles west of the African mainland. The article pointed out it was one of many false claims about undocumented immigrants circulating in Spain in late 2020. This translation from the Spanish uses Chrome:

Between January 1 and November 15 of this year [2020], a total of 16,760 immigrants arrived on the islands, according to the Ministry of the Interior [of Spain]. Compared to the 1,497 who arrived during the same period in 2019, it represents an increase of 1,019.6%. This spike of boats and canoes coming to the Atlantic archipelago -- 553 compared to 93 in 2019-- has been used by misinformers to launch xenophobic lies that place immigrants as recipients of false privileges and as the cause of insecurity on the islands.

In midsummer 2022, a number of social media posts "moved" the incident to France. Such examples can be found on Twitter, TikTok and YouTube. Until recently, however, these claims were made predominantly in Spanish and Portuguese.

Guyana is a country on the east coast of South America that borders Venezuela and Suriname: 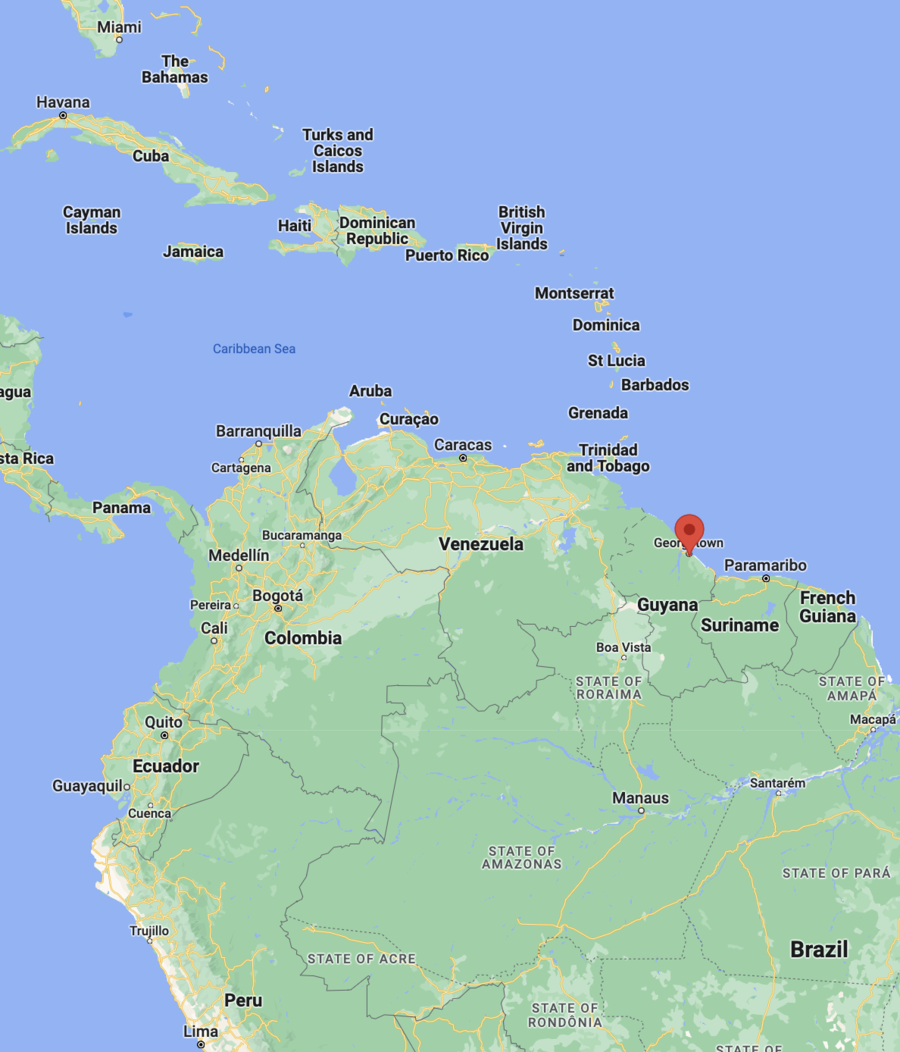 The official language of Guyana is English. According to the CIA World Factbook, French is not listed among the commonly spoken languages of this country. Guyana is separated from France by the North Atlantic Ocean, and the distance between their capitals exceeds 4,500 miles: 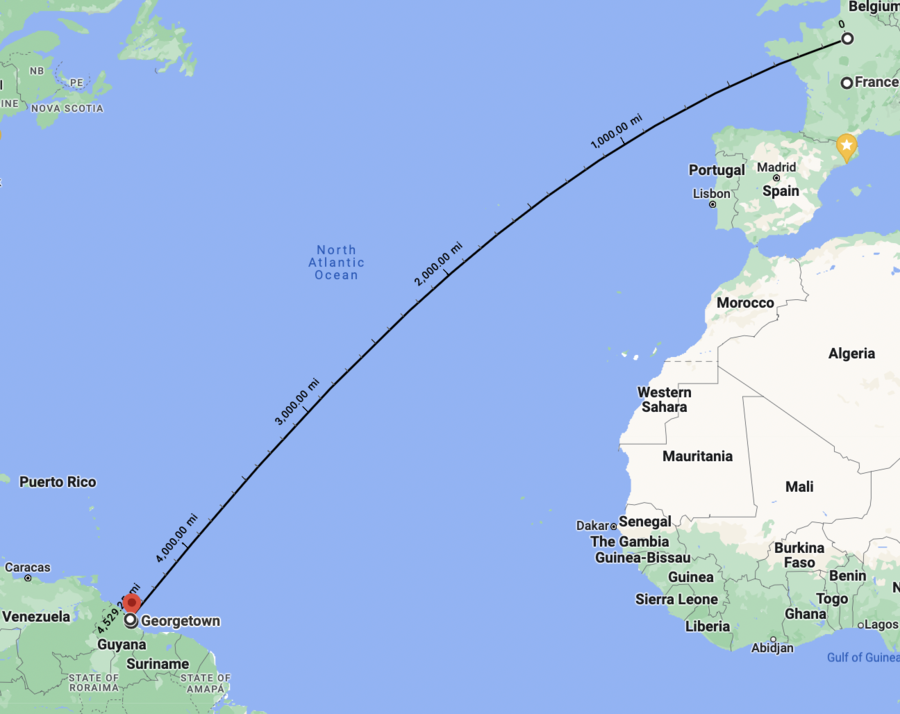