Did the movie, "Captain America: The First Avenger" contain secret clues about the coronavirus years in advance -- proving that the COVID-19 pandemic was planned? No, that's not true: The Times Square advertisements appearing in the background of a movie scene and highlighted with red circles in this meme do not contain a hidden message about a plan for a coming coronavirus pandemic. They are commercials for imported beer and pasta.

The text at the top of the 2020 meme about Captain America reads:

From the 2011 film, 'Captain America: The First Avenger'. Behind his right shoulder, a Corona Beer, & on his left, the image of a 'coronavirus' in New York City... Let that sink in...

so I keep getting the question can the jibber jabber be reversed
well it's not like they've been working on it for like 5, 7, 8 10 years right whoa 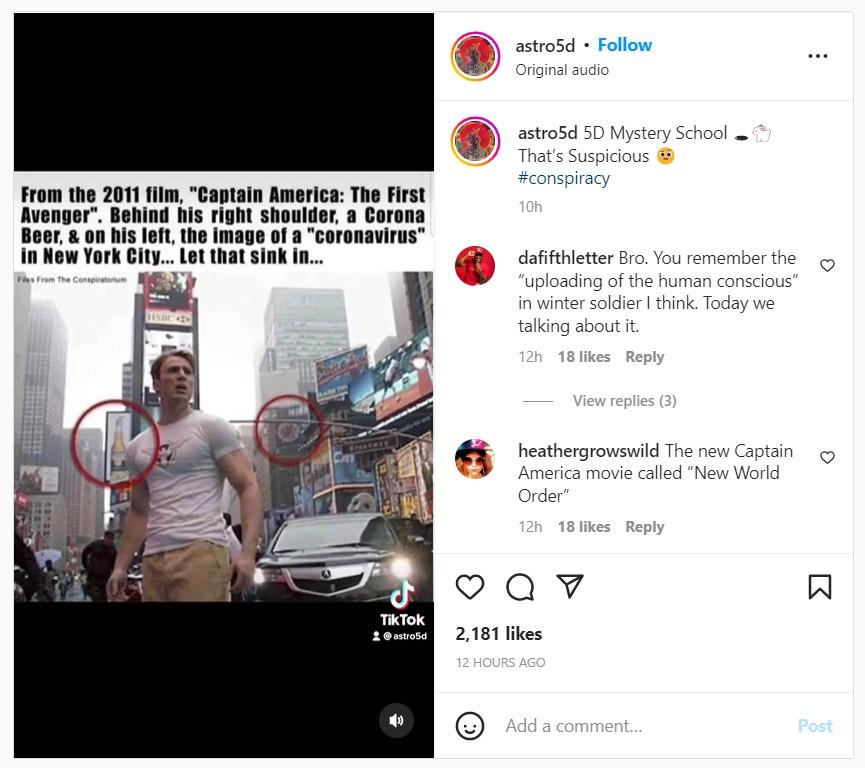 This fact check will only focus on the Captain America meme appearing at the start of the video. Lead Stories has published fact checks on the misrepresentation of patents, a canine coronavirus vaccine and a question about the priority dates listed on a patent for a test kit held by Richard A. Rothschild, which address some of the screenshots that appear later in that video.

The scene in the meme appears at the 2:10 mark into this YouTube clip from the "Captain America: The First Avenger" movie. There is no secret message foretelling the COVID-19 pandemic, which would not begin until years later, embedded in this 2011 movie scene.

According to the fact sheet from the Centers for Disease Control and Prevention on types of human coronavirus, the viruses are named for the crown-like spikes on their surface. The imported Mexican beer featured in the Times Square ad is Corona Extra. According to the "our story" page on coronausa.com, the beer Corona Extra was first introduced in the U.S. in 1979. The painted label of Corona Extra features a crown logo as well as two griffins. Both the virus and the beer are named with the word for crown, "corona" in both Latin and Spanish. They are not named for each other.

This meme was debunked in several fact checks back in 2020, by Snopes, Reuters and USA Today. An article in Bored Panda features a June 11, 2020, Twitter thread (archived here) by film critic William Mullally. He described his efforts to identify what appears in the other Times Square advertisement circled in the meme. After much searching, a clear photo was found that shows this 2011 billboard was an ad for Barilla pasta. 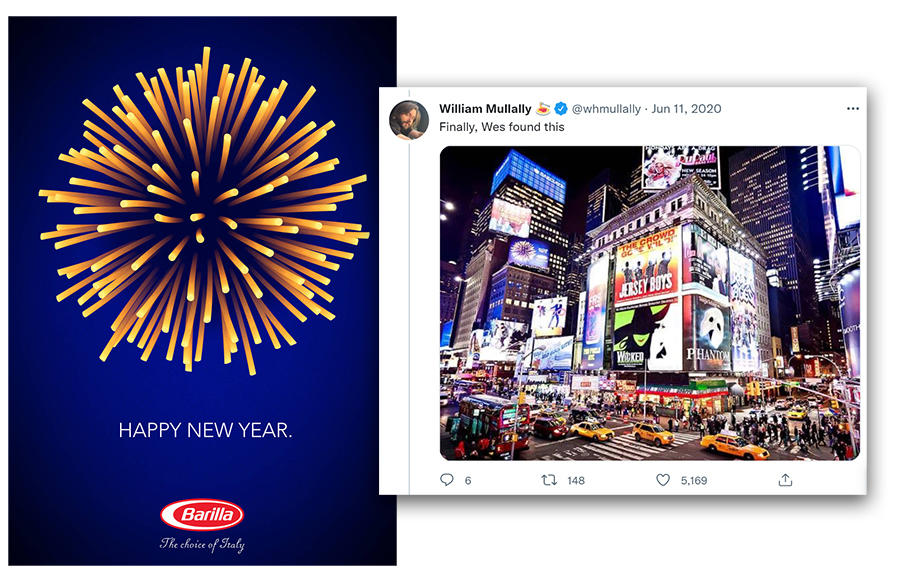