Did the late Queen Elizabeth II say she wished Jesus Christ would return in her lifetime so she could "lay her crown at His feet?" No, that's not true: Queen Elizabeth II did not make those comments. They were first published in a book in 1902 and were attributed to Queen Victoria by a former dean of Canterbury, a senior position within the Church of England.

The claim appeared in a Facebook post (archived here) on September 8, 2022, the day of Queen Elizabeth's death at the age of 96. It opened:

The Queen exclaimed: "How I wish that the Lord would come in my lifetime!" 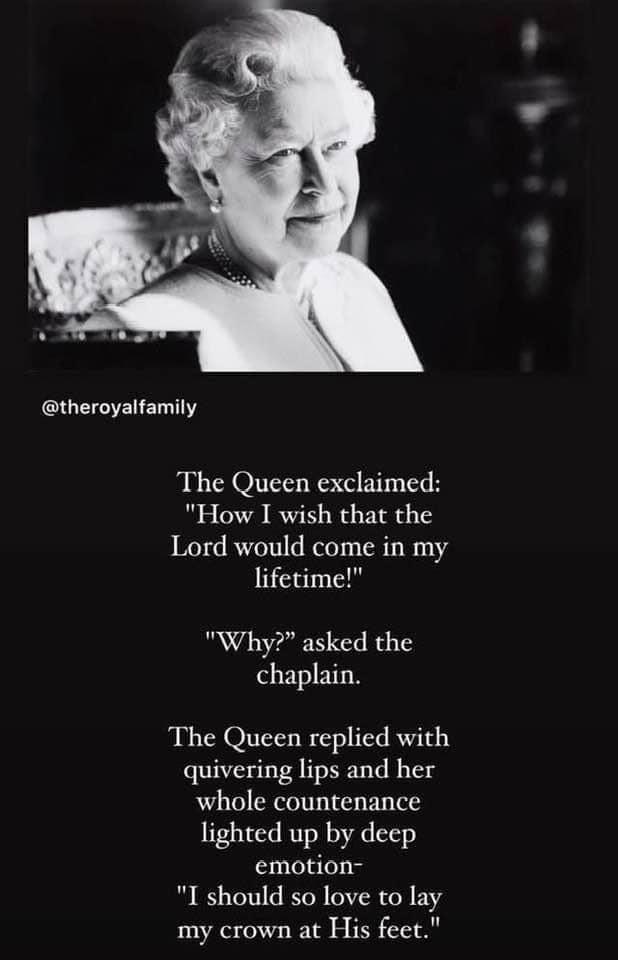 The photo in this social-media post is from the British royal family's official Instagram account and shows Queen Elizabeth II. But the quote was published in the 1902 book "'Crowned to Serve,' A Coronation Welcome to Our King and Queen" by Charles Bullock, a minister in the Church of England. It was written to celebrate King Edward VII's 1902 coronation and contains a quote nearly identical to what has been falsely attributed to Queen Elizabeth II.

On page 171 of "'Crowned to Serve,'" "Dean Farrar," who was Frederic Farrar, the dean of England's Canterbury Cathedral from 1895 until 1903, is quoted as sharing a story about the late Queen Victoria:

After the sermon the Queen spoke to him on the topic which he had chosen, and said:- 'Oh, how I wish that the Lord might come during my own lifetime!' 'Why,' asked the preacher, 'does your Majesty feel this earnest desire?' 'Oh,' replied the Queen with quivering lips and with her whole countenance lighted by deep emotion, 'I should so love to lay my crown at his feet.' The anecdote illustrates the feelings which dominated the Queen's mind." - Dean Farrar 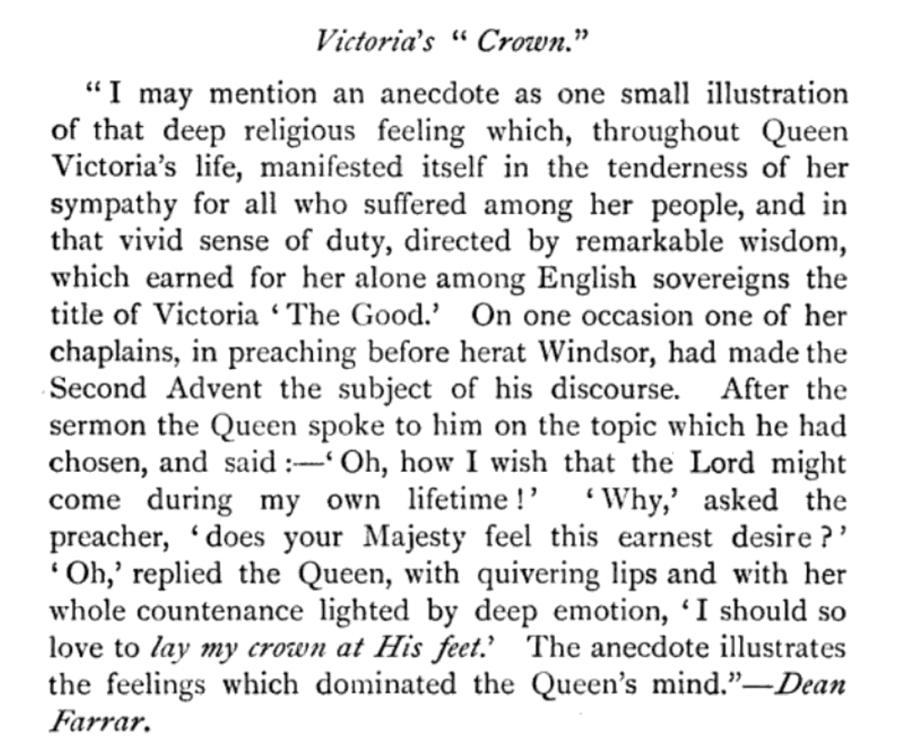 More Lead Stories fact checks about the death of Queen Elizabeth II can be found here.