Does the United Nations flag prove that the Earth is flat? No, that's not true: According to the UN website, its flag shows a projection of the planet, centered on the North Pole. Like three-dimensional school globes, the UN emblem proportionately reproduces actual distances, but in a two-dimensional form.

The claim about the UN flag reappeared in a TikTok video that was shared in a Facebook post on August 28, 2022 without a caption.

Showing images of the UN flag and what is described as a flat earth map next to each other, the 49-second clip opened with:

Why the fuck would this coincidence even happen? 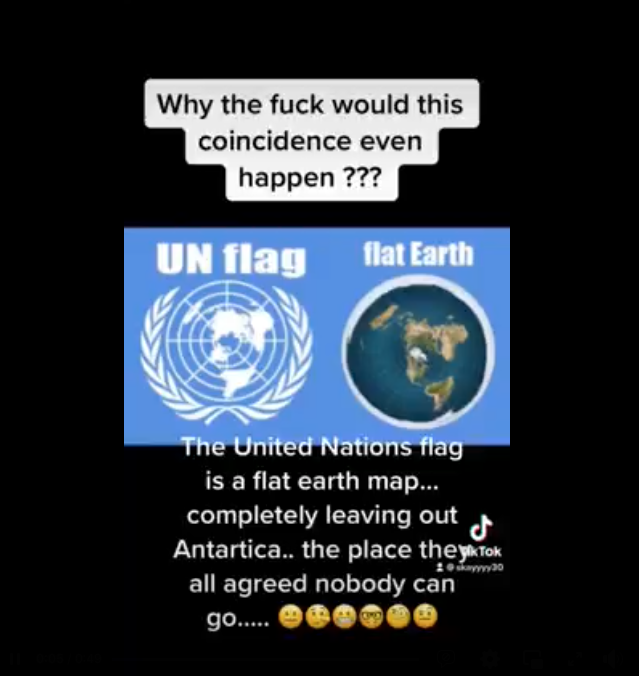 Graphics in the video claim that the UN flag leaves out Antarctica and that "space is a lie," which, the creator alleges, is "told to you through curriculum paid for by people who don't believe in god." The video names evolution and the Big Bang theory as part of what it terms "SATAN'S GLOBE EARTH LIE."

These statements are not new. Variations of the same claim previously appeared on social media here, here, here and here.

However, an official 1946 document describing the UN flag's design does not mention a "flat earth." Rather, it states that the flag's map represents a "projection":

...a map of the world representing an azimuthal equidistant projection centered on the North Pole, inscribed in a wreath consisting of crossed conventionalized branches of the olive tree, in gold on a field of smoke-blue with all water areas in white. The projection of the map extends to 60 degrees south latitude, and includes five concentric circles.

An explanation from the University of Minnesota Libraries defines projection as "the process of making a two-dimensional map from a three-dimensional globe." It likens the procedure to trying "to peel the rind from an orange" and then laying "the skin flat." 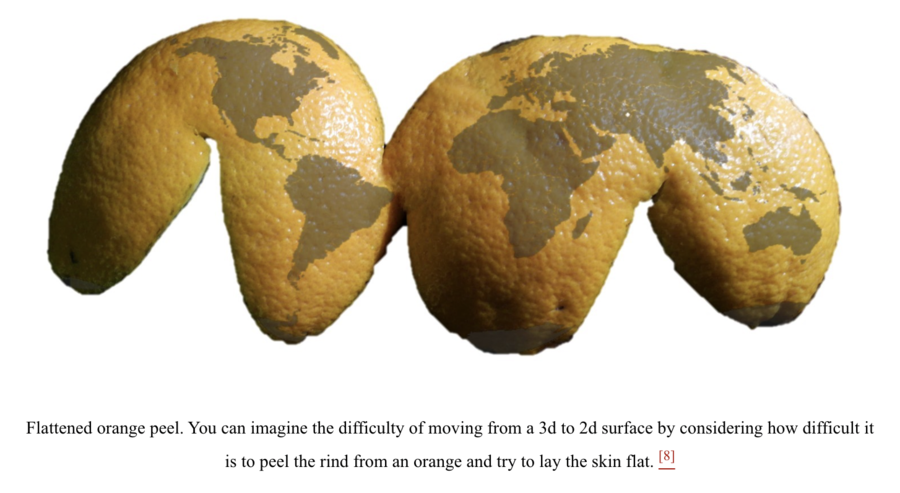 Several methods exist to solve this problem. The UN states that the map of the world on its flag uses azimuthal equidistant projection.

The Merriam-Webster dictionary defines "azimuthal" as related to "an arc of the horizon."

The Smithsonian's National Postal Museum, which maintains a collection of map stamps that use azimuthal equidistant projection, writes:

Thus, the UN flag does not show an image of a flat Earth. Instead, it represents the Earth, a spherical planet, on the flat surface of a flag, the same way it could be depicted on a piece of paper or a computer screen.