Were Ukrainians arrested in Bremen, Germany, while trying to sell on the black market Western-provided, Stinger surface-to-air missiles and "other heavy weapons"? No, that's not true: The video posted on social media with supposed proof of this event does not show a single arrested person. Moreover, its audio track appears to have been manipulated. Bremen police said that no such arrest took place.

This is a video of an eyewitness who saw the arrest in the port of Bremen on July 20, when customs had to order 'special officers' after finding some 'tubular devices' on board the ship 'Floriana'. The ship sailed to Turkey under the Ukrainian flag. The author of the video says those arrested are said to be (possibly former) Ukrainian military personnel. How they came to Bremen, what the goal of their trip to Turkey was and where the pipes found come from should be made clear during the investigation. 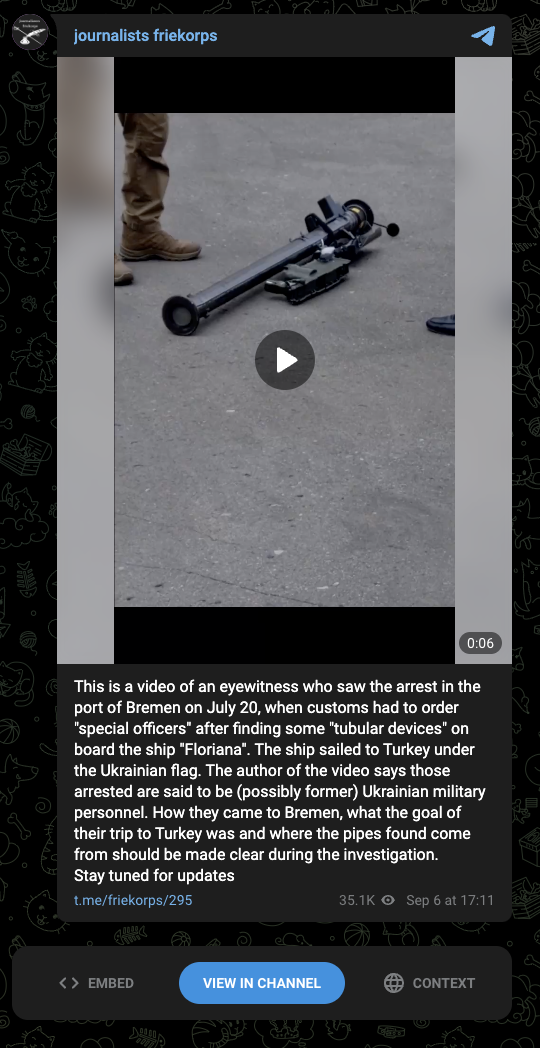 The claim relied on an anonymous source and was not backed up by any official statements or public records.

The press release archive on the Bremen police website does not contain any mentions of the purported arrest. On Twitter, the police, writing in English, refuted the claim:

The six-second-long video posted on Telegram does not include any details about where and when it was shot. In fact, it does not show anyone being arrested at all. Viewers see only a weapon lying on the ground and the bottom half of an individual (apparently male) wearing beige trousers and brown walking shoes.

But, though the video's text descriptions place it in Bremen, Germany, videos and photos on the Bremen police's Facebook page (for example, this one) show officers wearing dark uniforms during the summer. This contradiction raises questions about the individual seen in the Telegram video.

The video in no way indicates that a Ukrainian citizen or citizens are present at the scene. The audio does not contain any words in Ukrainian or Russian. The Telegram video's text cites the words of a purported "eyewitness," who allegedly described what was going on in the video, but he or she is not present in the clip.

Additionally, the sound appeared to be copied from an unrelated video showing officers wearing dark uniforms.

Lead Stories contacted the Bremen police directly for additional comments. When we receive a response, this article will be updated as appropriate.

Despite this video's lack of proof, it has gone viral on social media. Among those who have shared the video is Dmitry Polyansky, Russia's first deputy permanent representative to the United Nations: 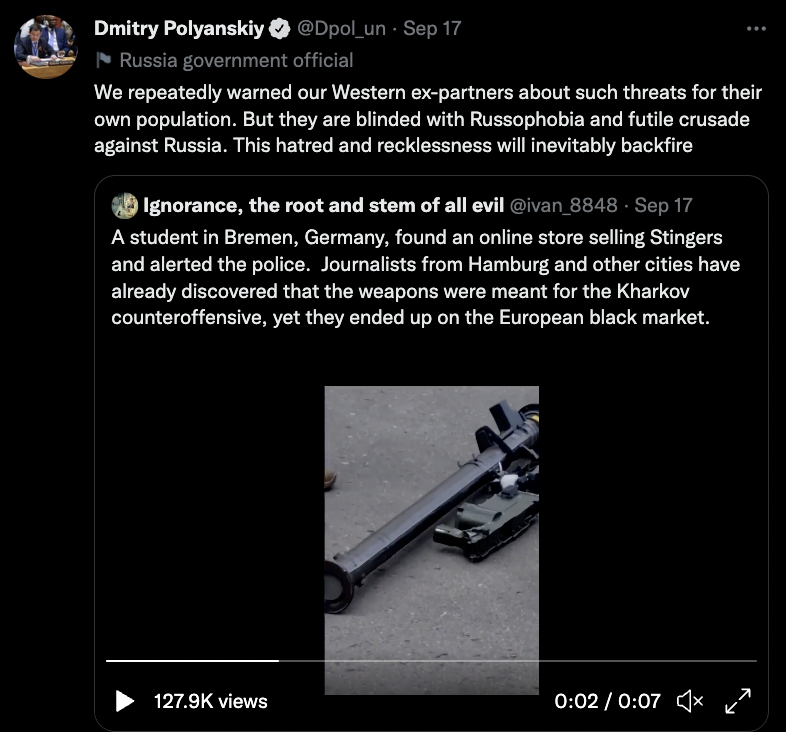 Additional Lead Stories fact checks of claims related to the war in Ukraine can be found here.