If you're seeing this, you're going to want to stick around till the end. So, I don't know about you, I wasn't born before this time, but, back in 1986, apparently they were telling everyone that there was a spaceship that was going up called the Challenger. 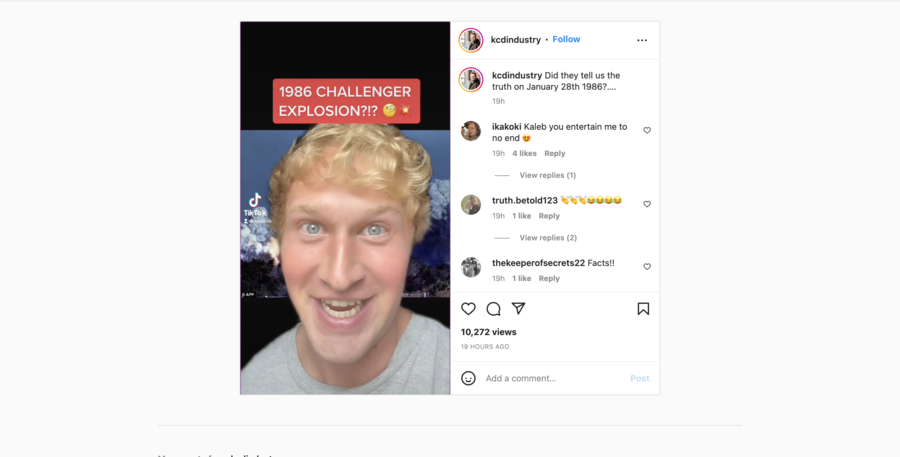 The Instagram video explains that the Challenger was a space shuttle that exploded only 73 seconds after liftoff on the morning of January 28, 1986. There were seven astronauts on board: Gregory Jarvis, S. Christa McAuliffe, Ronald E. McNair, Ellison S. Onizuka, Judith A. Resnik, Francis R. Scobee and Michael J. Smith. McAuliffe was a high school teacher, selected for NASA's Teacher in Space Project. The space shuttle's explosion killed all seven members of the mission.

Their deaths were announced by then-President Ronald Reagan in a January 28, 1986 broadcast. Four months after the disaster, The New York Times published an article headlined "ALL SHUTTLE CREW REMAINS RECOVERED, NASA SAYS." The article stated that officials overseeing the recovery process "refused to discuss the recovery of the crew compartment or the remains of the crew" out ofrespect for the families of the deceased.

The narrator of this video claims that six of the seven astronauts did not die, but are still alive, living under the same name or different names. Omitted is payload specialist Gregory Jarvis. The narrator does not provide a reason for the omission and also does not state why the other six astronauts would need to conceal their true identities or how they survived the explosion.

Surviving the fall after the shuttle's explosion, however, would be physically impossible. The 14-member presidential commission of experts who investigated the accident and its causes reported that the shuttle had exploded at 46,000 feet. Although individual cases of people surviving falls from thousands of feet have been recorded, none have been at 46,000 feet.

According to the textbook Trauma Anesthesia, the median height for fatal falls without a parachute is 48 feet.

The biography of one of the Challenger astronauts, Judith A. Resnik, further illustrates the fallacy of the claim that the space-shuttle crew survived. Resnik, 36 years old at the time of her death, was an electrical engineer who had worked with NASA, the National Institutes of Health and Xerox in the 1970s and 1980s.

The video narrator claims that, after the explosion, Resnik changed career paths to become a law professor at Yale University. Although a Judith Resnik does teach at Yale Law School, one of the U.S.' top-ranked law schools, no proof exists that she worked at NASA as an electrical engineer in the 1970s and 1980s. Instead, during this period, according to her resume, she was teaching law or otherwise working in the field of law.

The narrator claims that two of the crew members, Ronald McNair and Ellison Onizuka, changed their names. In reality, the individuals featured in the video are brothers of the deceased.

Below is a picture of Ronald McNair and his brother Carl McNair. While the two men bear a family resemblance, Carl McNair has a gap between his two front teeth that Ronald McNair did not have.

During a February 1986 memorial for Ronald McNair, an astrophysicist, the Associated Press quoted his brother, Carl McNair, who attended the ceremony. 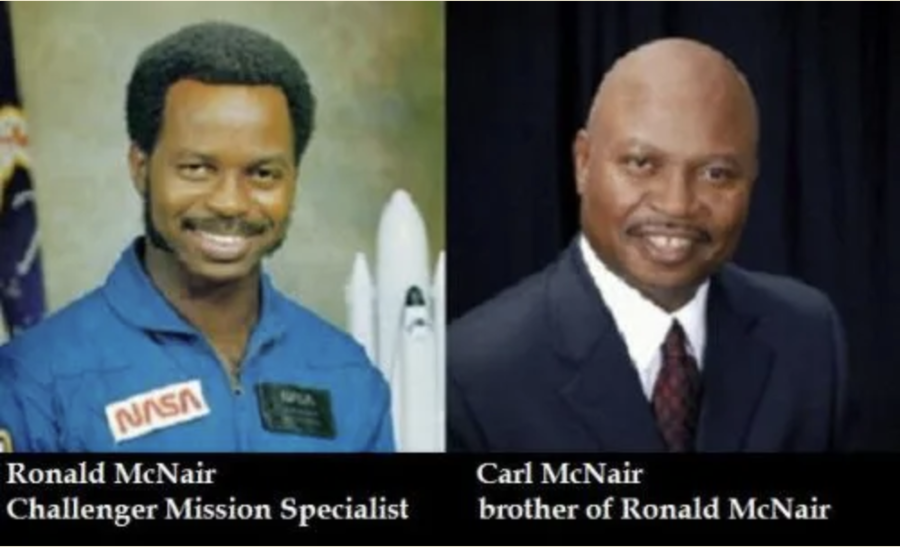 Similarly, Claude Onizuka, the brother of Ellison Onizuka, gave an interview in 2012 about his late brother and the launch of Onizuka Science Day in their home state of Hawaii in Ellison Onizuka's honor.

Snopes and PolitiFact also have fact-checked claims about the alleged survival of the Challenger astronauts.