Did the "entire leadership of NATO" lose their jobs on September 5, 2022? No, that's not true: There is no evidence to support this claim. An event of this scale would be intensively covered by media organizations in many countries, including the United States, but there were no such reports. The text of this claim does not name any of the officials who supposedly were fired and does not disclose the circumstances of their alleged dismissal that could be independently verified. The report relies on a dubious, anonymous source.

The claim originated from an article (archived here) titled "Entire leadership of NATO fired as interregnum begins." It appeared on the website Weekly Geo-Political News and Analysis on September 5, 2022. The piece opened:

The removal of the top ranks of the Knights of Malta by the Vatican means the entire leadership of NATO has been fired, P3 Freemason sources say. There is also a purge going on inside Vatican city as "Zionist cabal" members are being removed, the sources say. This is causing a leadership vacuum in the G7 group of countries as their entire economic/social system collapses. 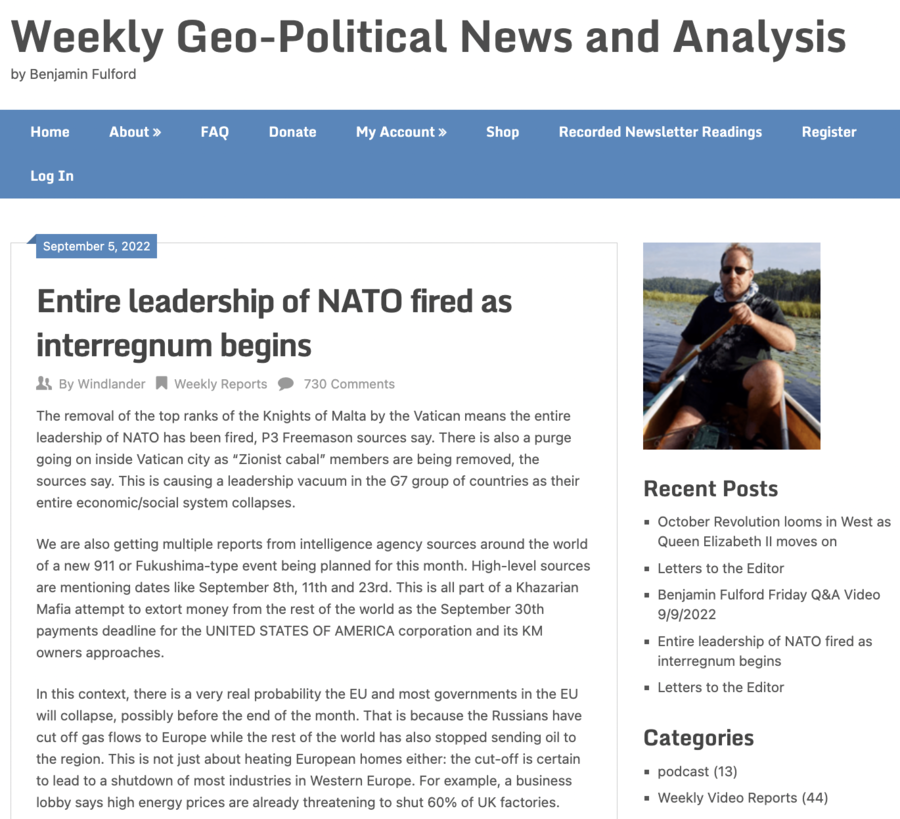 The piece not only became viral on social media, but also was shared across multiple websites, including USSA News, which recently published another military-related report that Lead Stories debunked. Videos citing the claim about the NATO leadership also were published on the alternative video-hosting services BitChute and Rumble.

The article that spread the rumors only cites one source, the so-called P3 Freemasons. Back in January 2020, the same website, Weekly Geo-Political News and Analysis, wrote that the P3 Freemasons "report a lot of very weird stuff," including that former Russian Prime Minister Dmitry Medvedev "was actually an 'alien.'"

If the "entire leadership of NATO" had actually been fired, it would be a front-page story across the globe. However, a date-specific news search returns no relevant results. No mentions of such an event appear in Google searches of the websites of the Associated Press, BBC News, Reuters, CNN, Fox News, The New York Times or The Washington Post. The Russian state-owned media enterprise RT, which regularly reports on NATO, also said nothing about it.

At the time of writing, the NATO website still lists Jens Stoltenberg as the Alliance's secretary general. Lead Stories contacted NATO for its comments. When we receive a response, this story will be updated as appropriate.

The proponent of this claim about the NATO leadership's dismissal, Benjamin Fulford, whose name appears in the URL for Weekly Geo-Political News and Analysis, describes himself as a Canadian journalist who formerly worked as the Asia-Pacific bureau chief for Forbes magazine and has extensive experience reporting from Japan. Information from the Forbes website confirms that an individual called Benjamin Fulford worked as their Tokyo bureau chief, beginning in 1998. The most recent Forbes content with this byline dates back to 2004.

Fulford states on his website that he left Forbes in 2005 "in profound disgust over extensive corporate censorship and mingling of advertising and editorial at the magazine." He claims his goal now is "to counter U.S. propaganda and expose the Japanese people to the truth so that they may free themselves from the colonial yoke."

Russia is not listed among this author's interests, but the country appears to be a recurring topic on his website. There is even a Russian-language Telegram channel with Fulford's name on it. On September 12, 2022, the channel posted a link to a Russian translation of the same article about the alleged firing spree at NATO: 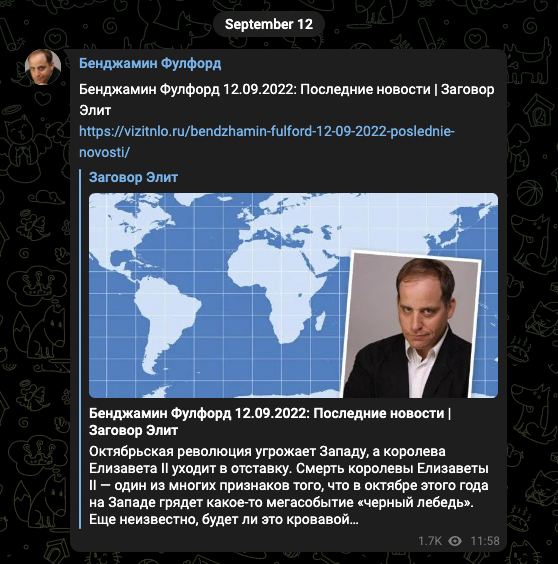 "Cabal of the Elites," reads the Russian inscription on a big banner above the piece: 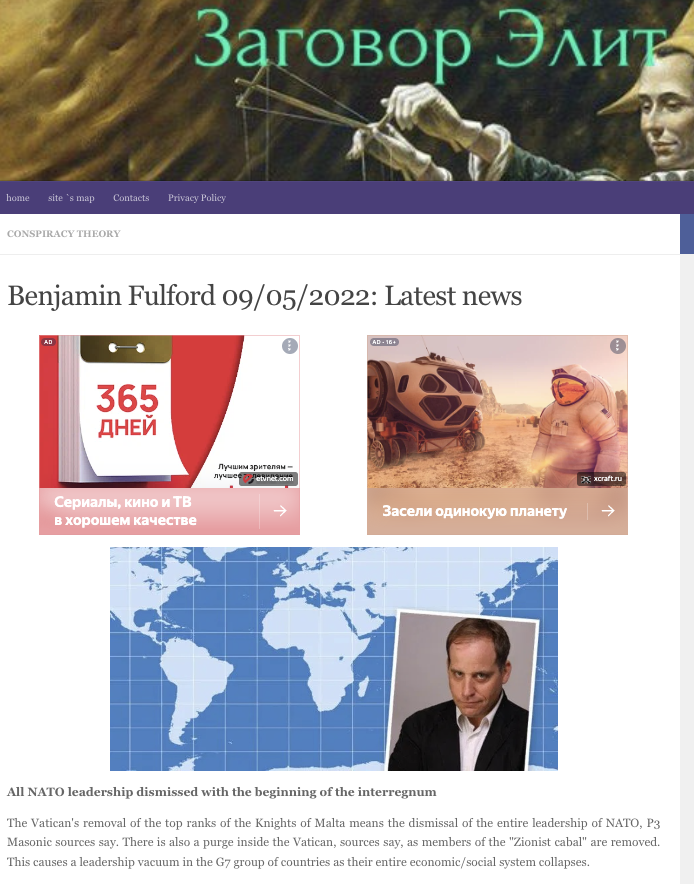 Additional Lead Stories fact checks of claims about NATO can be found here.