Did special counsel John Durham unveil President Joe Biden's "Russian plot," aimed at getting Hillary Clinton elected in 2024? No, that's not true: Durham has said no such thing. A post making the claim includes various Newsmax clips as supposed support for its statement, but the clips do not corroborate the allegation. They are unrelated to it.

The claim appeared in a Facebook post on October 11, 2022, that includes close to 30 minutes of Newsmax clips that do not substantiate the claim. It reads: 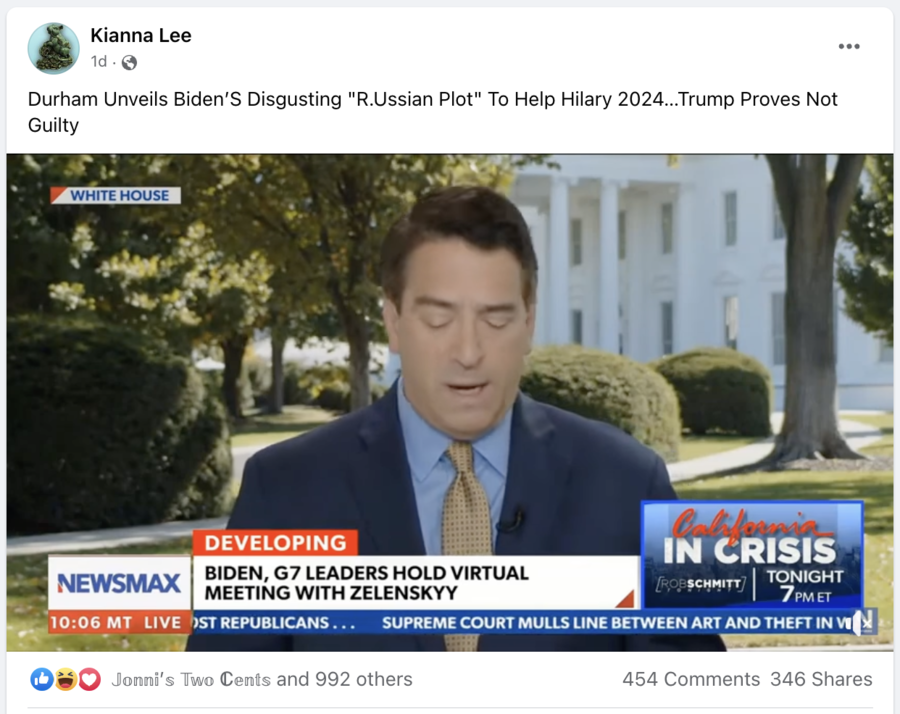 The clips open with a segment on the trial of Igor Danchenko, a Russian analyst who the government accuses of having lied to FBI agents. The trial is expected to be the last prosecution for Durham, who was appointed to investigate the FBI's investigation into possible collusion between Russia and Donald Trump during the 2016 election.

Although that clip mentions Durham, it says nothing about a Biden-directed "Russian plot" meant to get Clinton elected in 2024. The later Newsmax clips are entirely unrelated; they cover everything from the war in Ukraine to Tulsi Gabbard quitting the Democratic Party.