This is probably why you've been getting cheated for so long. 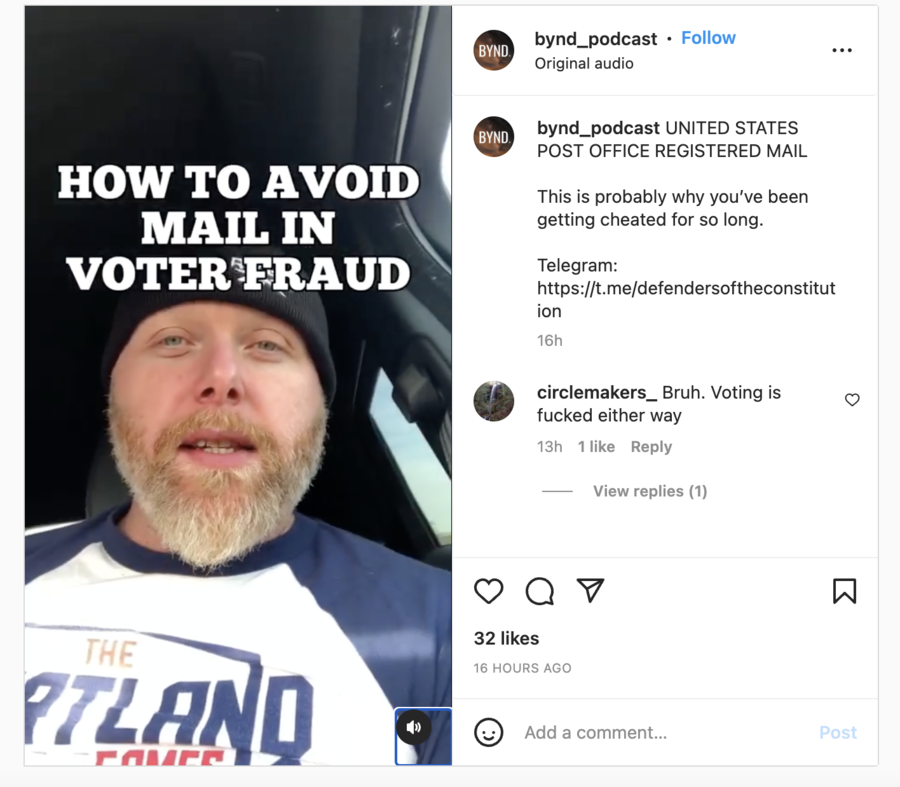 The video's narrator, an unidentified man, immediately states that "I don't give a ... I don't care about voting." Yet, he offers his "advice" on preventing what is described in the in-built title as "MAIL IN VOTER FRAUD":

While the USPS does not rely on taxpayer money or government funding, it is not a privately owned enterprise but an independent establishment of the executive branch. The agency's website explains that its leadership structure, "similar to that of a private corporation," was introduced in 1970 to ensure that it's "free of direct political control."

By law, the USPS is an independent federal agency, led by a postmaster general appointed by the governors of the Postal Service.

No federal law exists that authorizes the USPS to "call a shred service" or throw ballots "in the dumpster" at will. As the Justice Department repeated on October 26, 2022, ballot destruction is a federal crime. While there have been past allegations of USPS employees inappropriately handling ballots (for instance, here, here and here), those cases were investigated and prosecuted.

But the overall share of such incidents remains very small: In the 2021 election cycle, the USPS delivered 99.95 percent of voter ballots to election officials within seven days; 99.31 percent arrived within three days.

The USPS states that the U.S. Postal Inspection Service works with "other federal, state, and local law enforcement and government agencies" to provide for the security of mailed-in ballots. Instructions are online for users to track missing mail.

In the past, the spread of false statements regarding mail-in voting has been qualified as voter intimidation, a prosecutable election offense.

The man who discusses mail-in voting on Instagram clearly aims to promote his social media content. For example, he encourages viewers to subscribe to his podcast, where he talks "about stuff like this all the time." The podcast page, in turn, asks people to donate to its creator via the Cash app.

Additional Lead Stories fact checks about the 2022 midterm elections can be found here.