Is the man pictured at left David DePape, the suspect who allegedly broke into the home of House Speaker Nancy Pelosi on October 28, 2022, and attacked her husband, Paul Pelosi, with a hammer? No, that's not true: Police have identified the man arrested at the Pelosi home as David DePape, but have not released a mugshot as of this writing. The photo featured here, which has appeared on social media, shows a different man, Sean Dunnavant, who was arrested and charged with first-degree murder in Chicago on October 28, 2022. 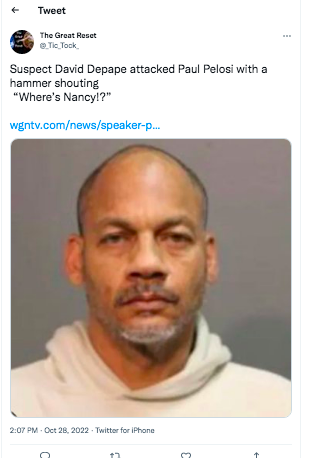 The tweet links to an October 28, 2022, news article on the website of Chicago's WGN9, an independent television station, about the Pelosi attack ("Suspect who shouted 'Where is Nancy?' in Pelosi attack identified").

The photo is connected with another WGN9 news story ("Man charged with first-degree murder in death of 66-year-old liquor store owner") about the arrest of Sean Dunnavant in connection with the October 28, 2022, shooting of Chicago shopkeeper Salim Khamo. 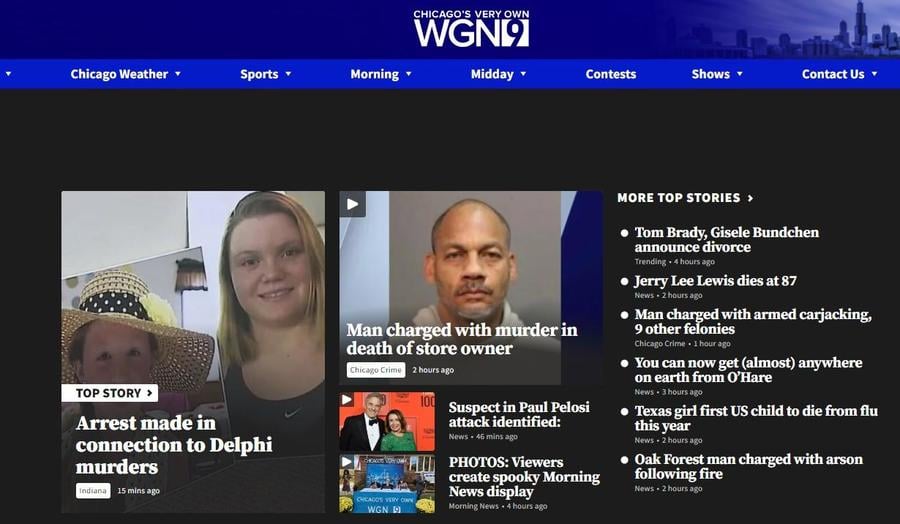 The examples in this Lead Stories composite image below show how the photo from one tweet in a collection of tweets about David DePape became the main photo at the top of the tweet247.com page. 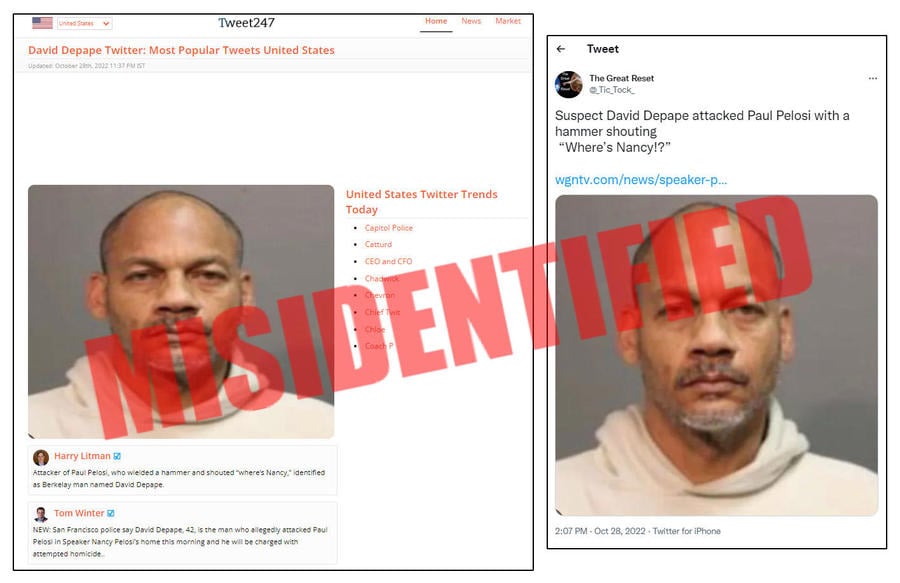 This is the attacker on Pelosi's husband, David Depape. Liberal media is not talking much about race not showing it as the headline photo. Guess why? 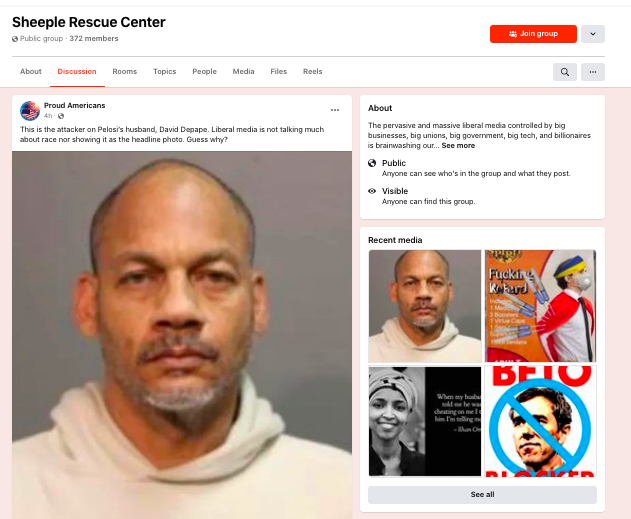 At the time of this fact check's writing, the San Francisco police had not released a mugshot of the actual David DePape, who is reportedly being treated in a hospital for injuries. He faces potential charges of attempted homicide, assault with a deadly weapon, burglary and elder abuse.