Does a photograph show the Democratic candidate for governor of Arizona, Katie Hobbs, walking through a ballot-counting center in Maricopa County, the state's largest voting district? No, that's not true: A spokesman for Maricopa County told Lead Stories that the woman in the photo is a party election observer.

The text for the image said:

Why is Katie Hobbs in the ballot room. This is going to blow up in the democrats face. Space Force is watching

Here's how the tweet looked at the time of this fact check's writing: 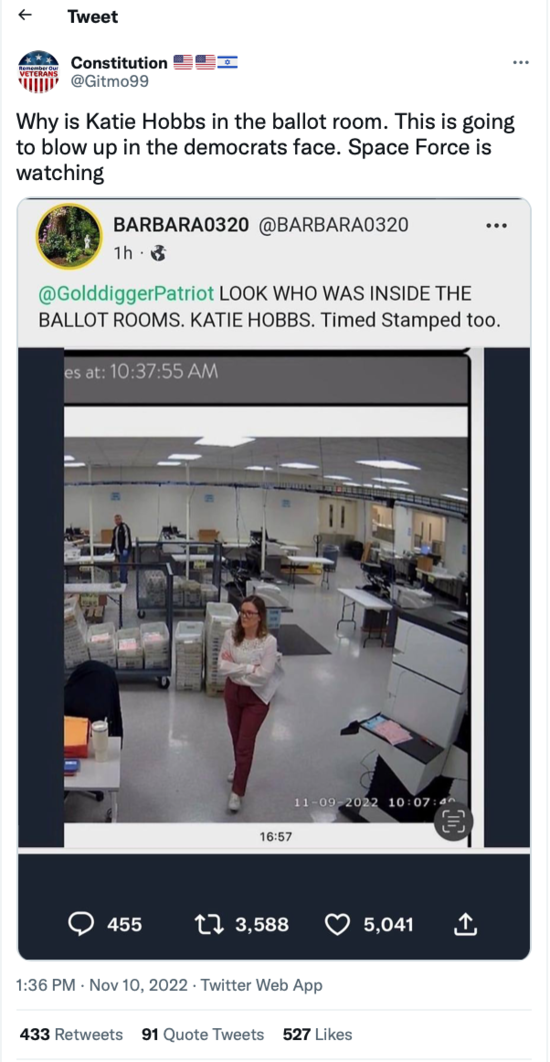 The post includes a photograph of a brown-haired woman in glasses walking through a room where ballots are being counted. The photograph appears to be a still frame from a surveillance video. A timestamp on the images shows it was taken at 10:07 a.m. on November 9, 2022.

The woman in the photograph does not wear any identifying information that indicates she is Hobbs, Arizona's secretary of state. Like the woman in the post, Hobbs does wear glasses, but she has gray hair.

Lead Stories staff prepared a side-by-side comparison of Hobbs and of the woman in the tweet: 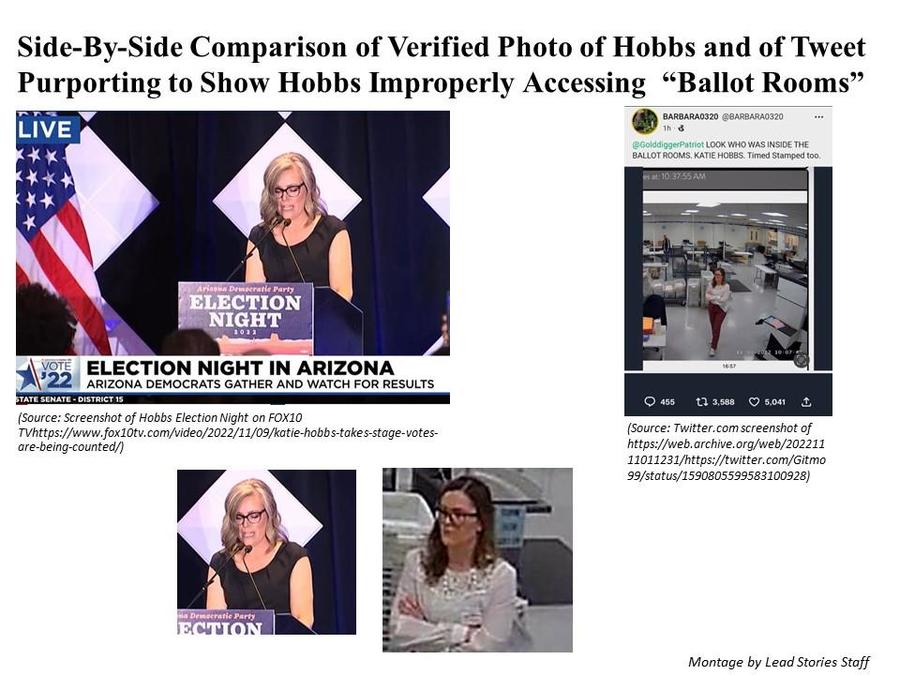 The photograph in the tweet, which does not appear in reverse-image searches, also does not contain any indication of its location.

However, on November 10, 2022, Maricopa County, Arizona, officials denied on Twitter that the woman featured in the photo was Hobbs. "Not every woman with glasses is Katie Hobbs," the text on the county's verified Twitter account noted. For unclear reasons, the tweet was later flagged as an alleged violation of Twitter Rules.

Yes, we responded from the official Maricopa County account as we saw this post (and others like it) gain traction. The person on camera was a party observer.

Additional Lead Stories fact checks related to the 2022 midterms can be found here.