Did the U.S. military arrest U.S. Secretary of Education Miguel Cardona to charge him with "treason and child endangerment"? No, that's not true: The Posse Comitatus Act of 1878 states that the U.S. military does not serve any roles in civilian law enforcement. This arrest claim was also made on a website that publishes fabricated content.

As stated by the Posse Comitatus Act of 1878, the U.S. military is not sanctioned to participate in any civilian law enforcement activity. 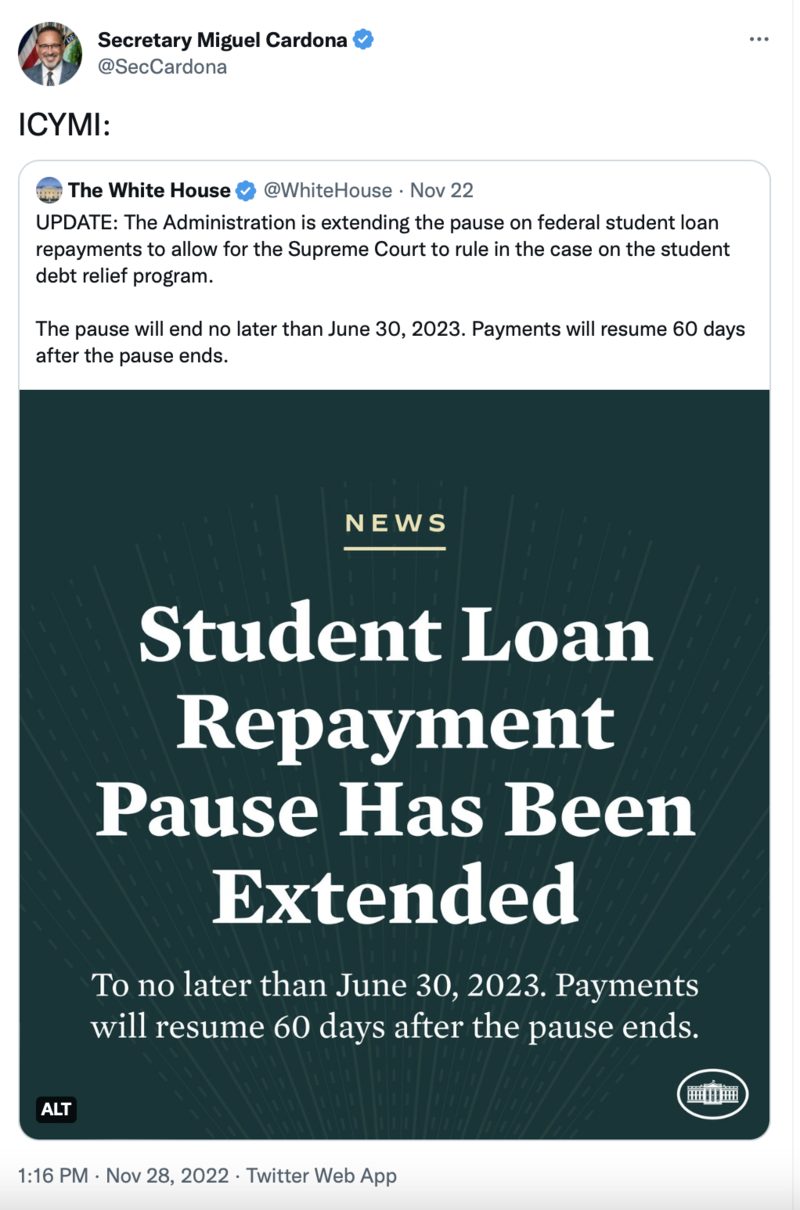 This follows the publication of a November 11, 2022, U.S. Department of Education press release titled,"Statement from Secretary of Education Miguel Cardona on District Court Ruling on the Biden-Harris Administration Student Debt Relief Program." In it, Cardona stated that he was "disappointed in the decision of the Texas court to block loan relief moving forward."

Lead Stories reached out to the Office of the Secretary of Defense and the U.S. Department of Education. This story will be updated if any responses are received.