Does a photograph of former Presidents Barack Obama and Donald Trump show Obama using his middle finger to express his unfavorable opinion of his successor in the White House? No, that's not true: The image has been altered from the original, which shows the two men shaking hands during an Oval Office meeting in 2016.

The claim appeared in a post on Instagram on November 15, 2022. The accompanying text read, "Fuckkkkk this asshole!!! Yes Trump is still full of shit! #trump #trumpannouncement #fucktrump #maga #trumptrain #trumpisanasshole"

Here's how the post appeared on the day of this fact check's writing: 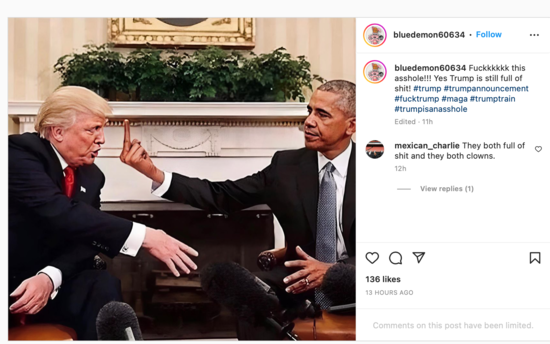 The posted image is an altered representation of an iconic photograph taken by Associated Press photographer Pablo Martinez Monsivais on November 10, 2016, when Obama welcomed then-President-Elect Trump to the White House for the first time after the 2016 presidential election.

In the original AP image, Obama and Trump are seen sitting in the Oval Office and shaking hands in front of a fireplace. Trump appeared to be speaking as he reached out to shake Obama's hand, while the incumbent president's lips are pursed and his face shows little expression.

Here's how the photograph of the meeting appeared when the AP released it on November 10, 2016: 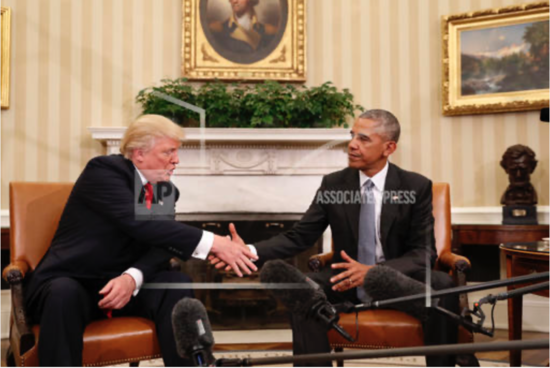 A brief video clip of this handshake can be seen here on YouTube.

Lead Stories also conducted a Google search for other photos of this meeting, which received worldwide coverage. None of those images show Obama making the universal gesture used to express anger toward or to show dislike of or annoyance with another person.

Here is what the Lead Stories photo search found: 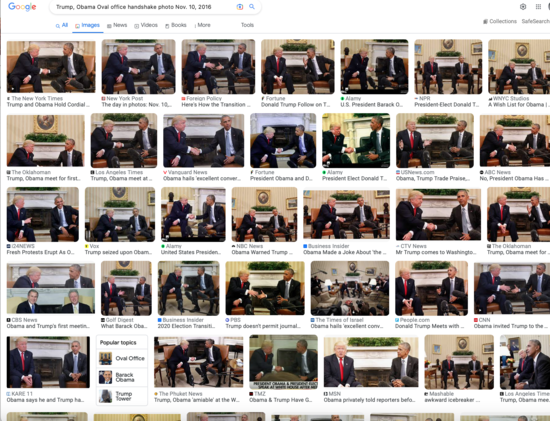 It's not clear exactly when the original image was first altered, but a reverse search of the image on TinEye shows it appeard in a November 11, 2016 post on Twitter, and has been used thousands of times. 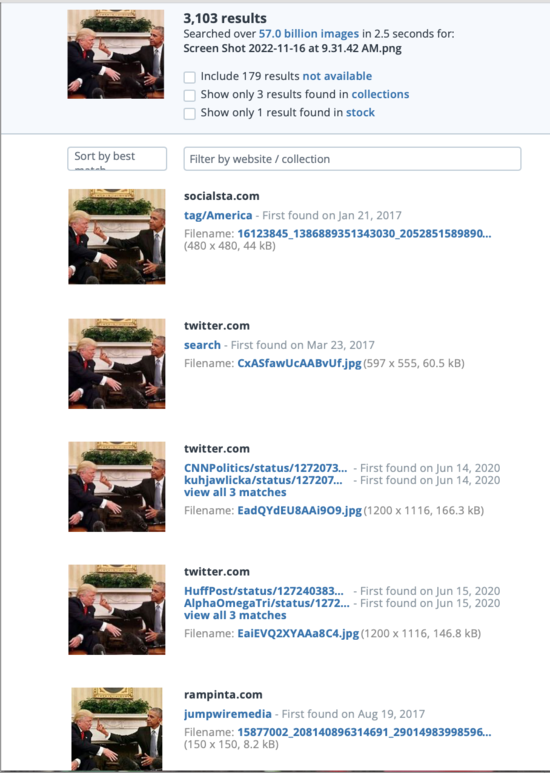 The original photo has often been manipulated and shared for entertainment or social commentary purposes, as iHeartRADIO, a Canadian outlet, reported.