Were ZIP codes for 31,000 mail-in ballots changed before they were sent out, quietly changed back when they were returned as undeliverable and then fraudulently used to vote in Arizona? No, that's not true: The secretary of state's office told Lead Stories the claims were incorrect and baseless. An election expert said they had never heard of a situation involving 31,000 ballots that had their ZIP codes changed and then were added to votes. A spokesperson for the Maricopa County elections department, the most populous county in the state, said the claims were "completely false."

The claim appeared in a video on Instagram on December 2, 2022, with the caption, "THIS is how they laundered manufactured fake ballots into the AZ voting system!! #LFATV #factcheckDEEZ." The video opened: 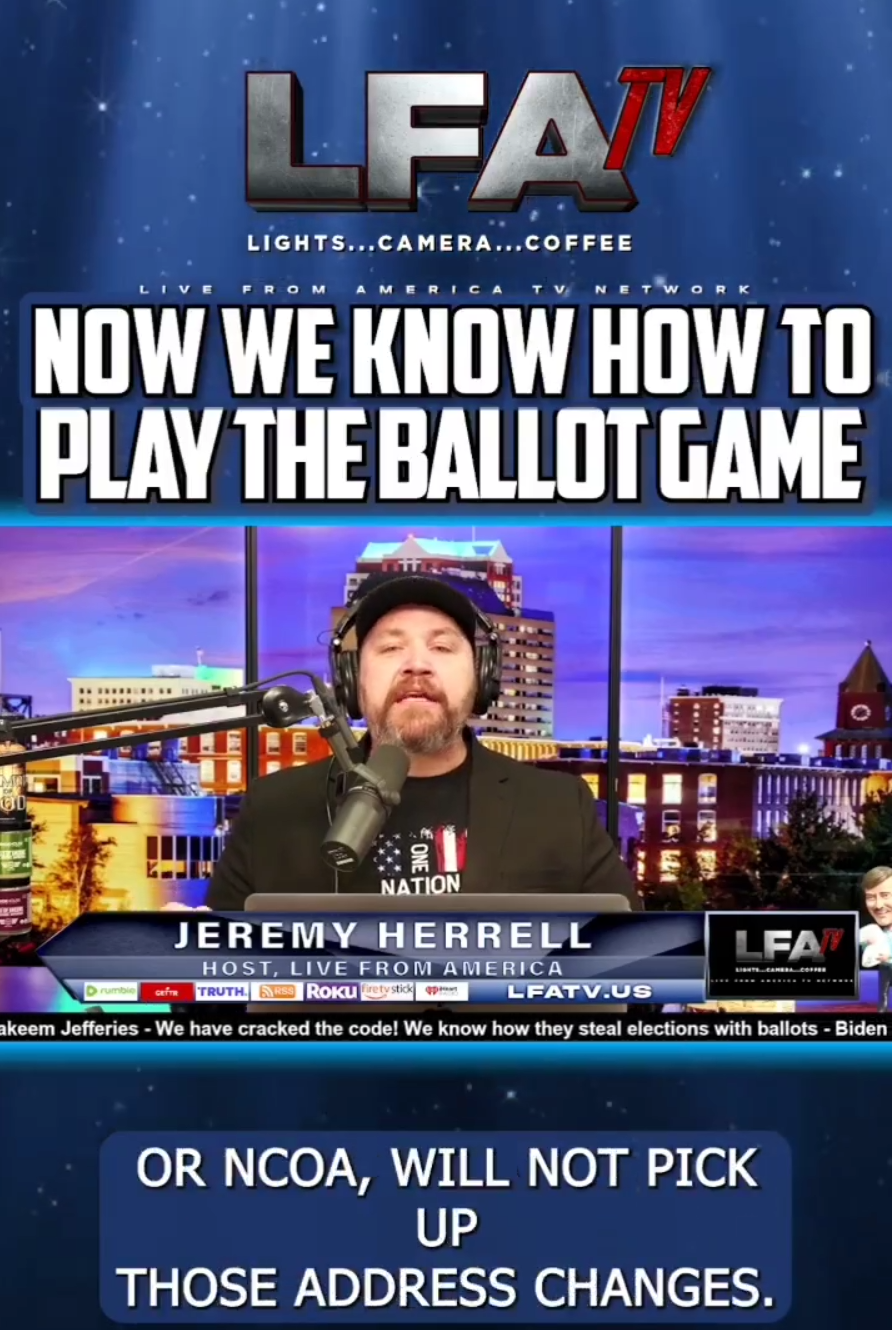 The video shows Jeremy Herrell, the host of "LIVE FROM AMERICA," claiming: "county election managers change the ZIP code of say 31,000 ballots," then when the invalid ballots are returned by the post office they add them back into the voter rolls. He does not specifically claim that the ballots are used to vote but implies that county election managers add the votes to the Democratic candidates. The video also does not claim that the purported ballot fraud took place in Arizona but the caption on the Instagram post claims that is how "fake ballots" were laundered into the "AZ voting system."

"No, these claims are incorrect and baseless," Sophia Solis, deputy communications director for the Arizona secretary of state's office, told Lead Stories via email on December 6, 2022.

"The claim that voter zip codes are changed before, during, or after an election to manipulate its outcome is completely false," Matt Roberts, communications manager in the Maricopa County Elections Department, told Lead Stories via email on December 12, 2022. He explained:

The voter registration database is inaccessible to unauthorized personnel with multiple layers of authentication and security controls are in place to ensure the database is securely maintained. Any data changes made to a voters record are tracked in the system and as part of procedure require the User ID of the individual making an edit to be captured and retained on that voters record.

There are no credible news reports of 31,000 votes added or changed in Arizona as of December 12, 2022. In the 2016 presidential election in Arizona, more than 31,000 ballots were "thrown out," according to an October 23, 2020, article from the Arizona Center for Investigative Reporting:

Nearly 14,000 ballots in Arizona's 2016 presidential election were rejected by county officials because voters weren't registered in the state or didn't register by the state's deadline. They represent 44% of the more than 31,000 ballots thrown out that year, according to an AZCIR analysis of rejected ballots.

Roberts detailed the process in Maricopa County for "undeliverable mail":

As an example, for official early ballot mailings, we utilize the 'Electronic Service Requested' (ESR) ancillary service endorsement that is offered by the United States Postal Service.

With this process, all address information for the undeliverable packets is returned to us electronically so that no data entry is needed and no delays in identifying those outdated addresses occur. This helps expedite the verification and validity of that address before a mail ballot is issued, all in compliance with the NVRA [National Voter Registration Act] requirements.

With the return address data sent to our office electronically, the need to have the physical undeliverable packet returned to us is negated. Instead, this particular process includes the United States Postal Service's Secure Destruction process, which is used for ESR endorsed packets where election materials undergo an individual mail piece verification prior to their destruction.

Solis cited Page 52 of "The Elections Procedures Manual," which addresses returned election materials, which could include an early ballot:

Tammy Patrick, co-CEO for Election Center, National Association of Election Officials, spoke with Lead Stories via phone on December 7, 2022. She said she had "never heard of anything like this." Patrick previously served as a liaison for election officials to the U.S. Postal Service for over a decade and was a member of the Mailers Technical Advisory Committee to the Postal Service.

She noted that adding 31,000 ballots to the voter system would have to have 31,000 signatures that matched the voter registration signature on file in Arizona:

In order to receive a ballot, you have to in Arizona, you have to have a request on file and every registered voter has signatures on file so that no matter where that ballot is sent to that voter upon its return, that signature is compared to your signature of record.

She explained, "In Arizona, particularly in Maricopa County, you literally have thousands of ballots styles and so it's not the case that everybody in the county gets the same ballot. So, it is not the case that when ballots are returned as undeliverable, that you just slap another label on it and send it to someone else, because it's a very different ballot inside. That whole notion that that would be what would occur is just not based on any fact."