Are police asking for help identifying a young woman who was allegedly mugged, stabbed and left for dead on a roadside? No, that's not true: The claim is a hoax meant to trick people into sharing the post to garner attention -- a "bait and switch" tactic used by scammers to redirect people to deceptive real estate advertising and other fraudulent schemes.

The claim appeared on Facebook on January 11, 2023, under the title: "🚨We need urgent help identifying a young woman who was mugged, stabbed and left for dead on the roadside . She is in a coma right now & the deputies are not able to identify her because she doesn't have an ID on her . Let's bump this post so it may reach people who can be able to identify her🙏🙏." 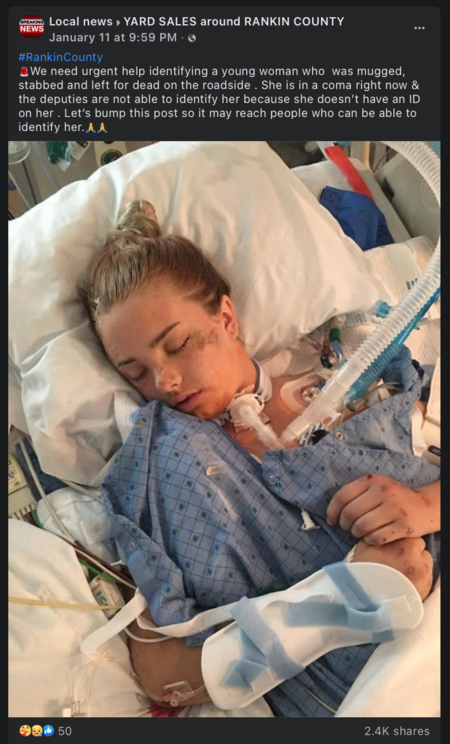 The original post's claim about the injured young woman is false and its image misappropriated from a real news event.

A reverse image search using TinEye found the image is from a May 26, 2016, news article about a 16-year-old girl who survived a car crash in St. George, Utah. A caption on the photo indicates it was provided to the newspaper. The story was published by multiple newspapers with the same ownership (here and here).

By the time this fact check was published, some of the posts, including the original, had been edited to remove the content about the girl in order to promote deceptive real estate ads or fake financial opportunities.

Here's how the original post looked by the day of writing: 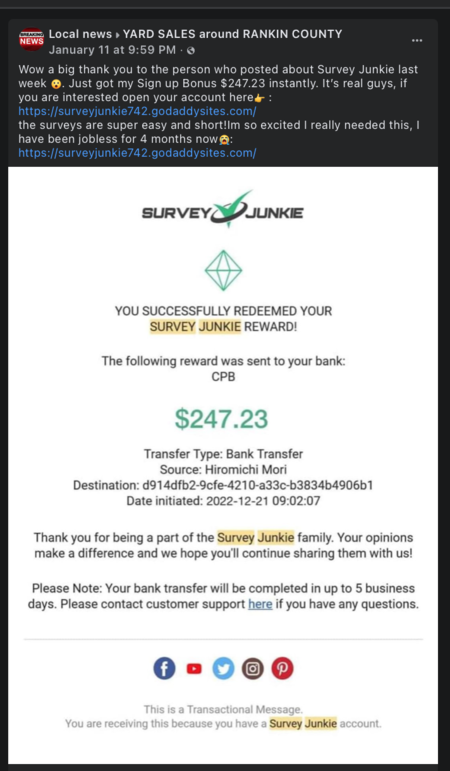 It's an example of a classic social media content bait-and-switch that uses heartbreaking or alarming stories to draw attention. Once a post has garnered sufficient attention, the content switches to push a scheme.

The content switch is clearly documented by a post's edit history, which also notes additions or deletions of content. One iteration of the original post became the consumer survey bonus offer as seen above, while another was edited to promote a "rent-to-own" real estate deal.

Here are the composite images of the edited rent-to-own post alongside its edit histories to show the changes: 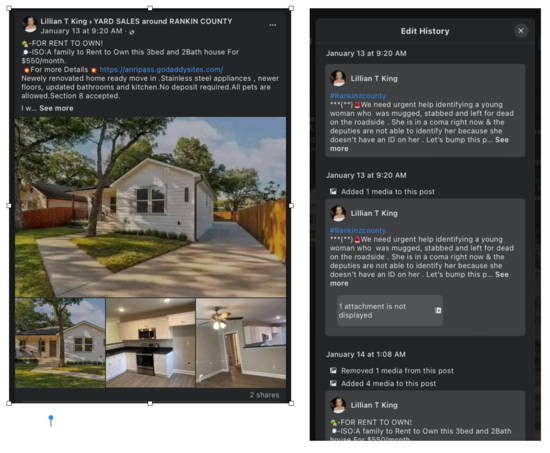 And here are the composite images of the edited consumer survey bonus post alongside its edit histories to show the changes: 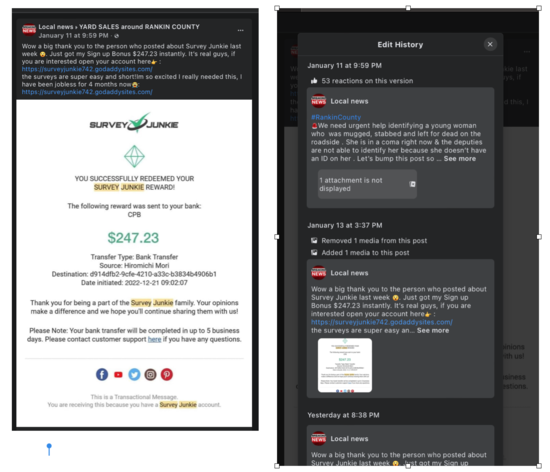 Commonly, such posts use links that lead to landing pages with disclaimers or false promises and contact information requests that can be used to gather personal data, including financial information, from people who follow the trails.

Some links purport to connect people to a U.S. Housing and Urban Development site to help them search for deals on foreclosed homes. Lead Stories found the links lead to new sites that carry disclosures at the bottom of the page that note they are "not affiliated with, endorsed, authorized, or approved by the Federal Government or the US Department of Housing and Urban Development."

Lead Stories has debunked other social media posts that use similar tactics including here, here, here and here.