Does this image show an unidentified boy in the care of police officers after being found "roaming around"? No, that's not true: The boy in the picture actually helped locate someone else -- an older man with Alzheimer's disease. The posts are a part of a common deceptive method of spamming to advertise real estate in local areas.

The claim appeared on Facebook on December 20, 2022, with a photo of a boy and two police officers. The caption read:

We are seeking assistance in finding parents of this sweet little fella we found roaming around the streets of #Watsonville.
He has autism and he doesn't remember where he stays .

Similar posts have been published in other local Facebook groups across the country. Examples can be found here and here. 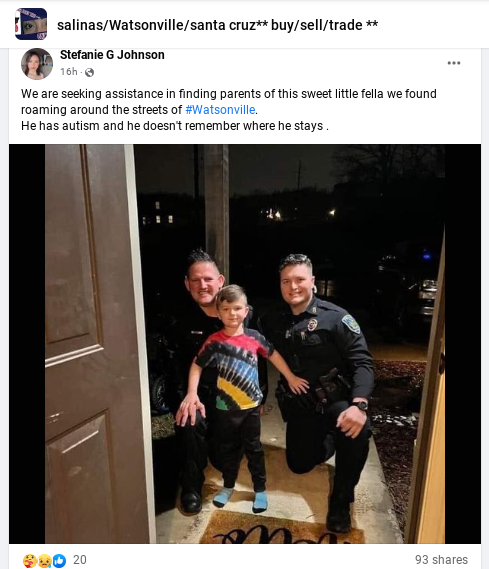 Because it would be impossible for the same boy to have run away, been found and still be unidentified in various locations across the country, Lead Stories ran a Google reverse image search to locate the true source of the image. We found a post on Facebook from the Fayetteville, Arkansas, police department published on February 16, 2022. It included the image, along with another image of an older man with "FOUND" superimposed over his face. The caption of the post read:

GREAT NEWS! Tony Joab, the man with Alzheimer's disease who got lost today, was located with some help from Pre-K student, Ezekiel!
As officers continued searching tirelessly, they knocked on doors hoping for any small tip or sighting of Joab. Ezekiel told officers he saw the man walking through the woods during his recess at school today.
It had been hours and the rain was coming down, but Officers started a search of the woods and found Joab. Thank you Ezekiel! 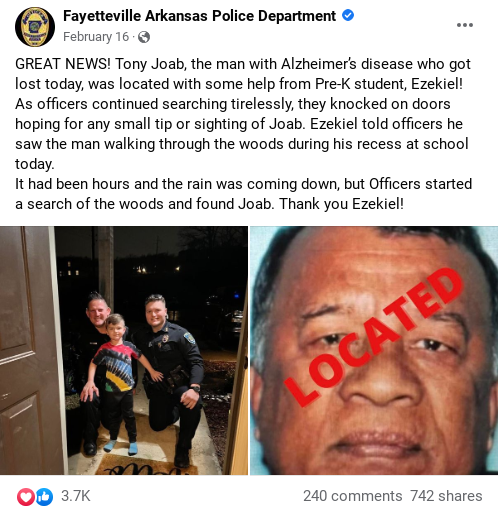 Social media posts that repurpose images and obscure their origin usually do so to garner engagement. Once the post gets enough engagement, the same post is edited to promote what appears to be some sort of scam. For example, a Facebook post that previously included the picture in this fact check now advertises what appears to be a real estate scam. This change can be found in the post's edit history -- it's the same post in different versions, not three separate posts by one person. Screenshots comparing the different versions are found below: 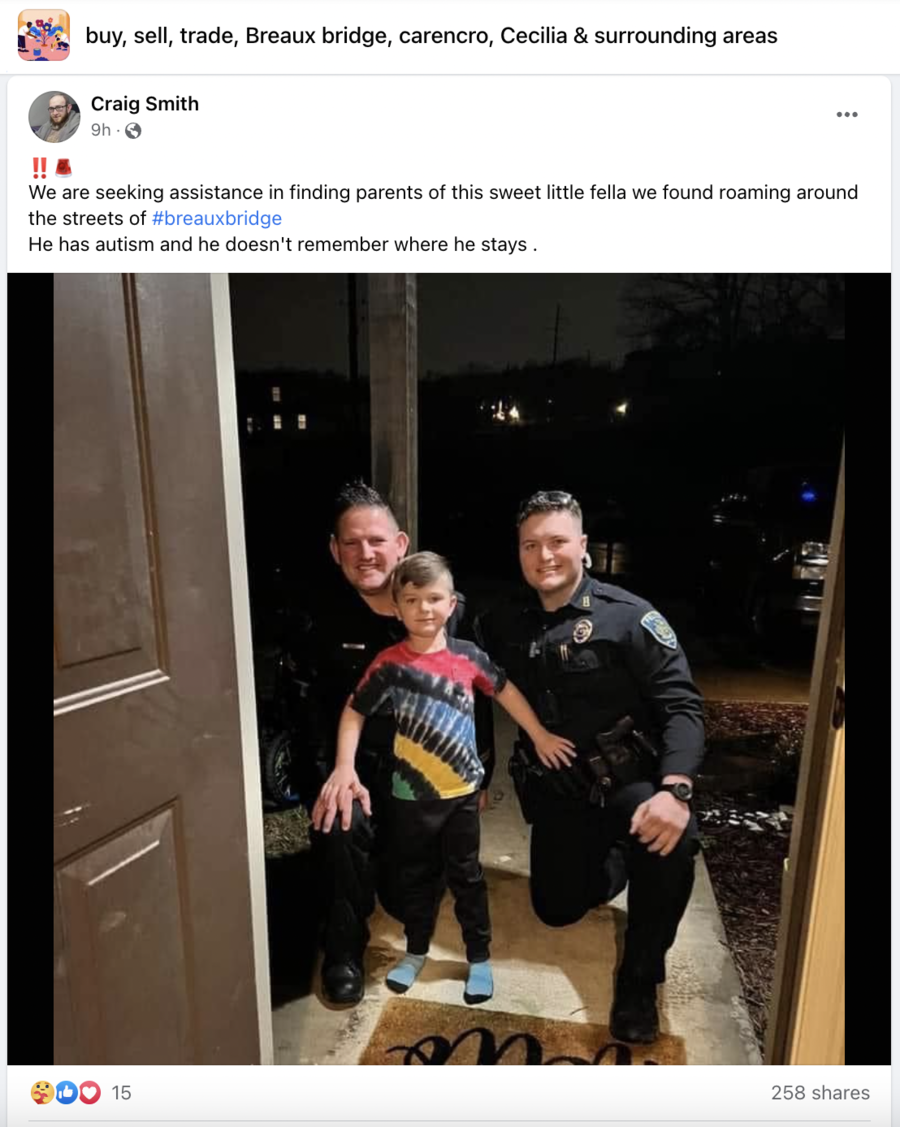 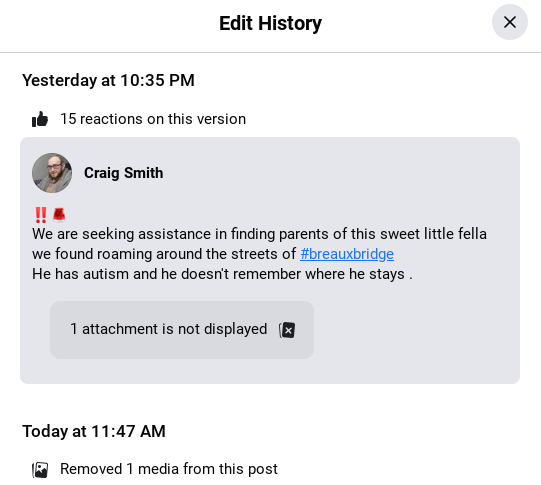 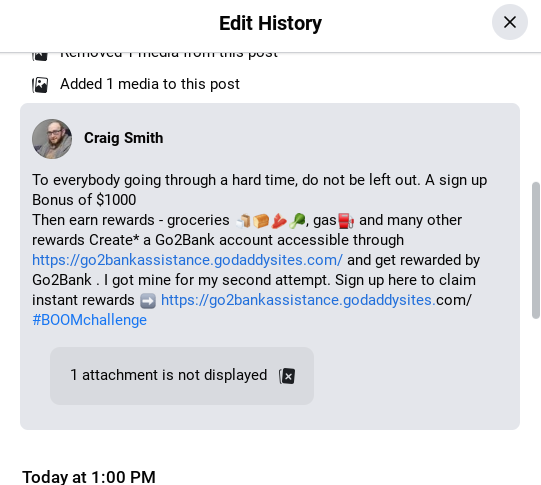 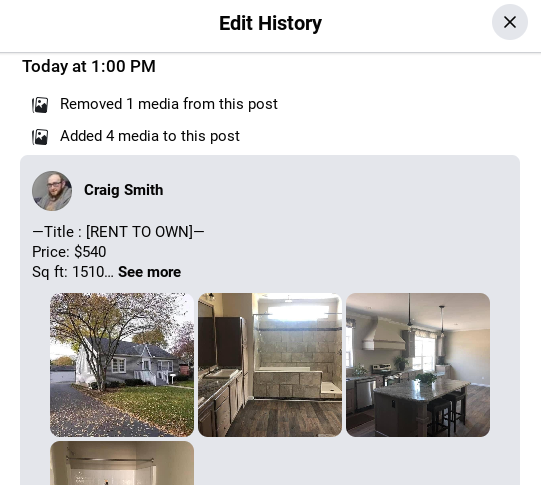 Lead Stories has debunked other social media posts that use similar tactics: Those fact checks can be found here, here, here and here.