Did an image of Ukraine's President Volodymyr Zelenskyy depicting him as a "locust" eating up budgets around the world appear in New York City's Central Park as of January 10, 2023? No, that's not true. A Lead Stories reporter found no traces of it and the NYC Parks Press Office denied seeing such a drawing.

The claim appeared in a post published on Telegram on January 10, 2023. The caption said:

Locusts continue to eat up budgets around the world! 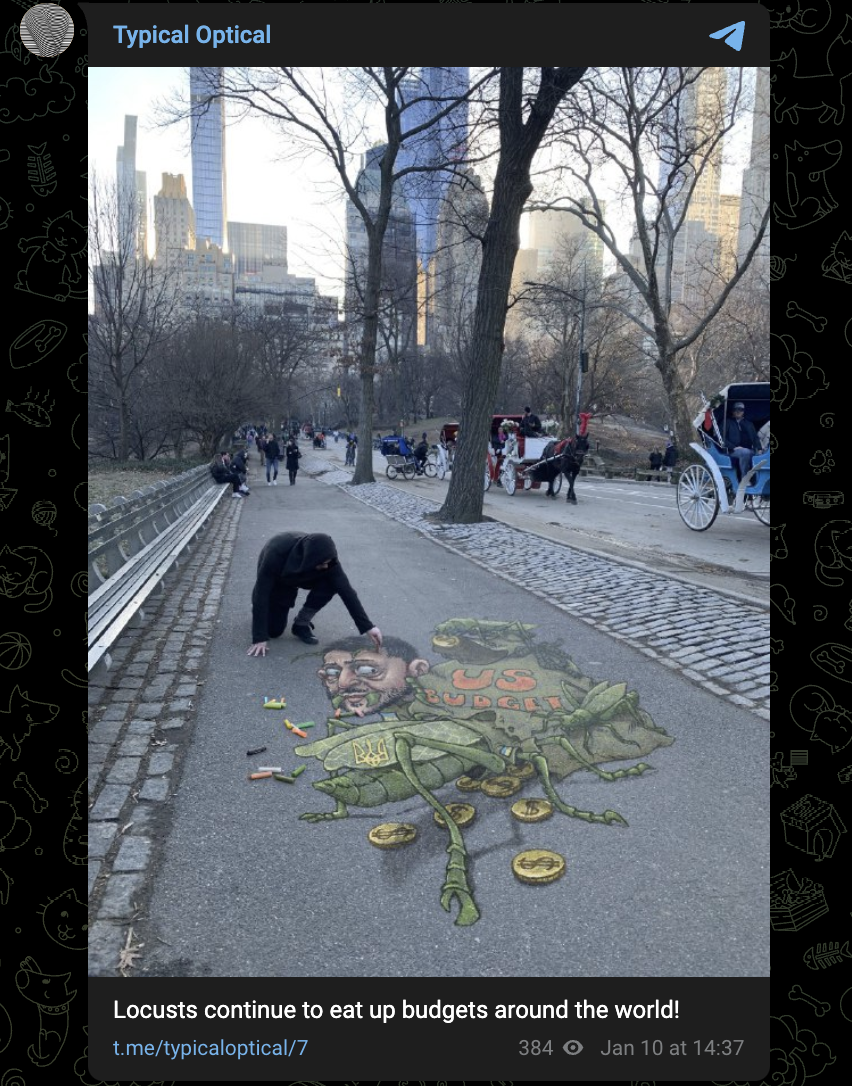 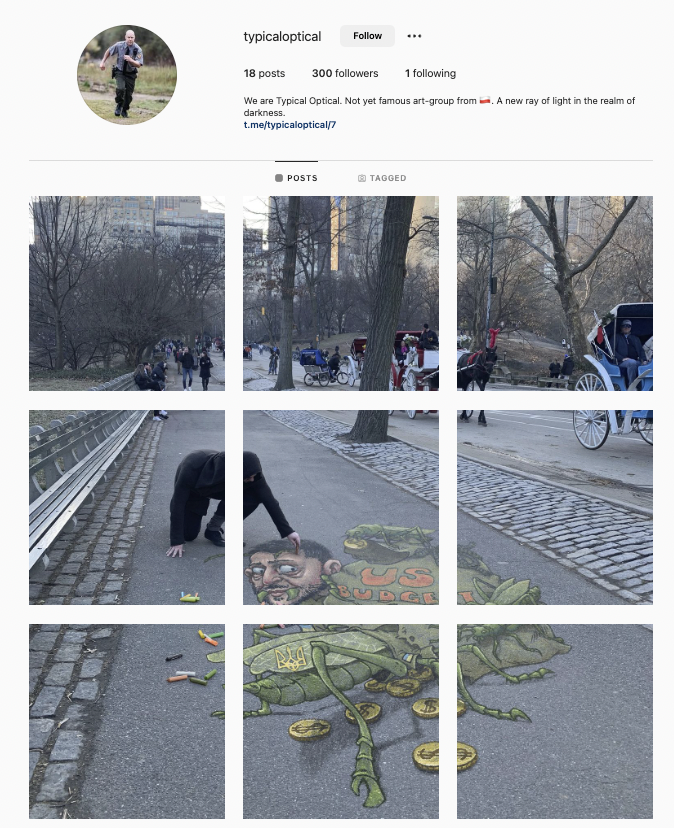 On January 16, 2023, a Lead Stories reporter went to the exact location of the supposed drawing, previously established by FactCheck Georgia, an IFCN signatory fact checking organization producing materials in the Georgian language.

There were no signs of the graffiti. The first photo below captures the tops of the buildings to verify the location; the second shows more of the road -- where there is only a crack visible. 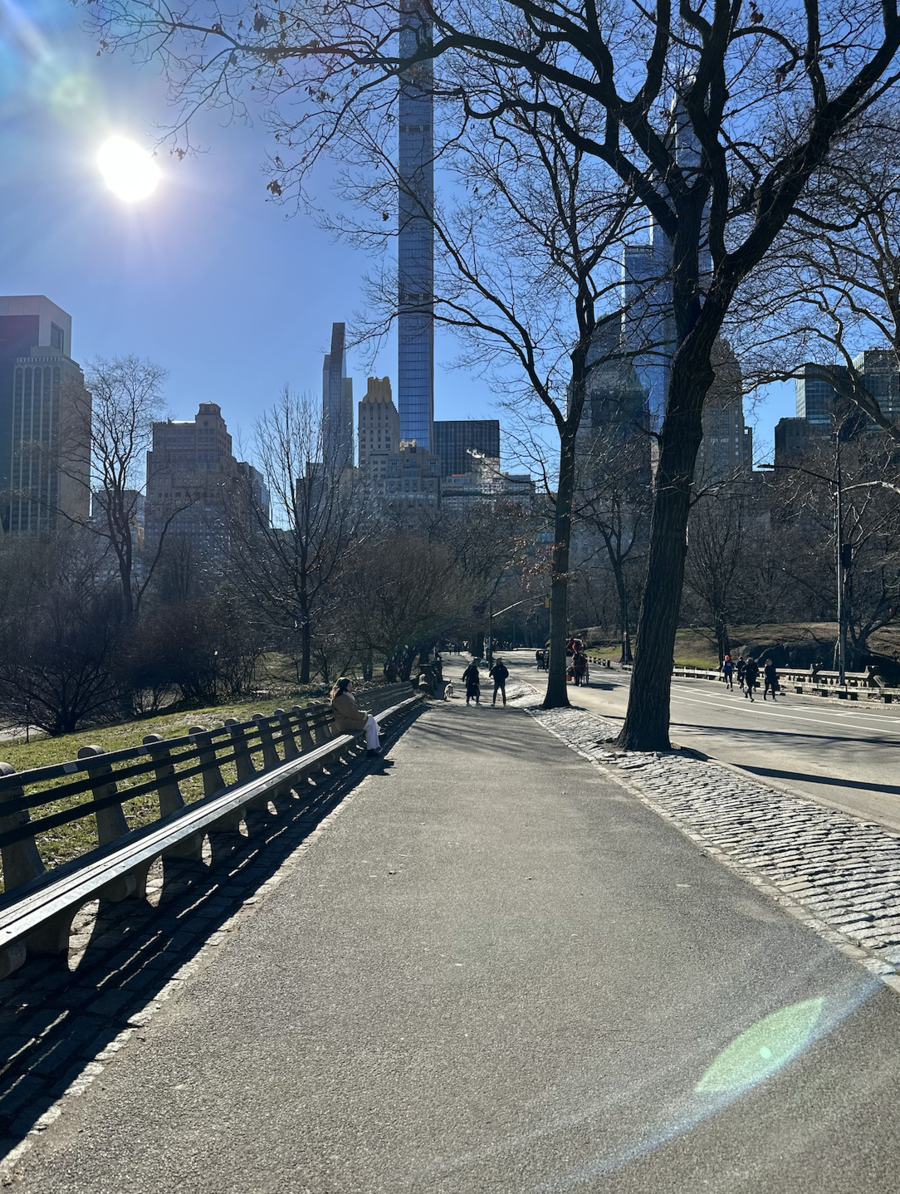 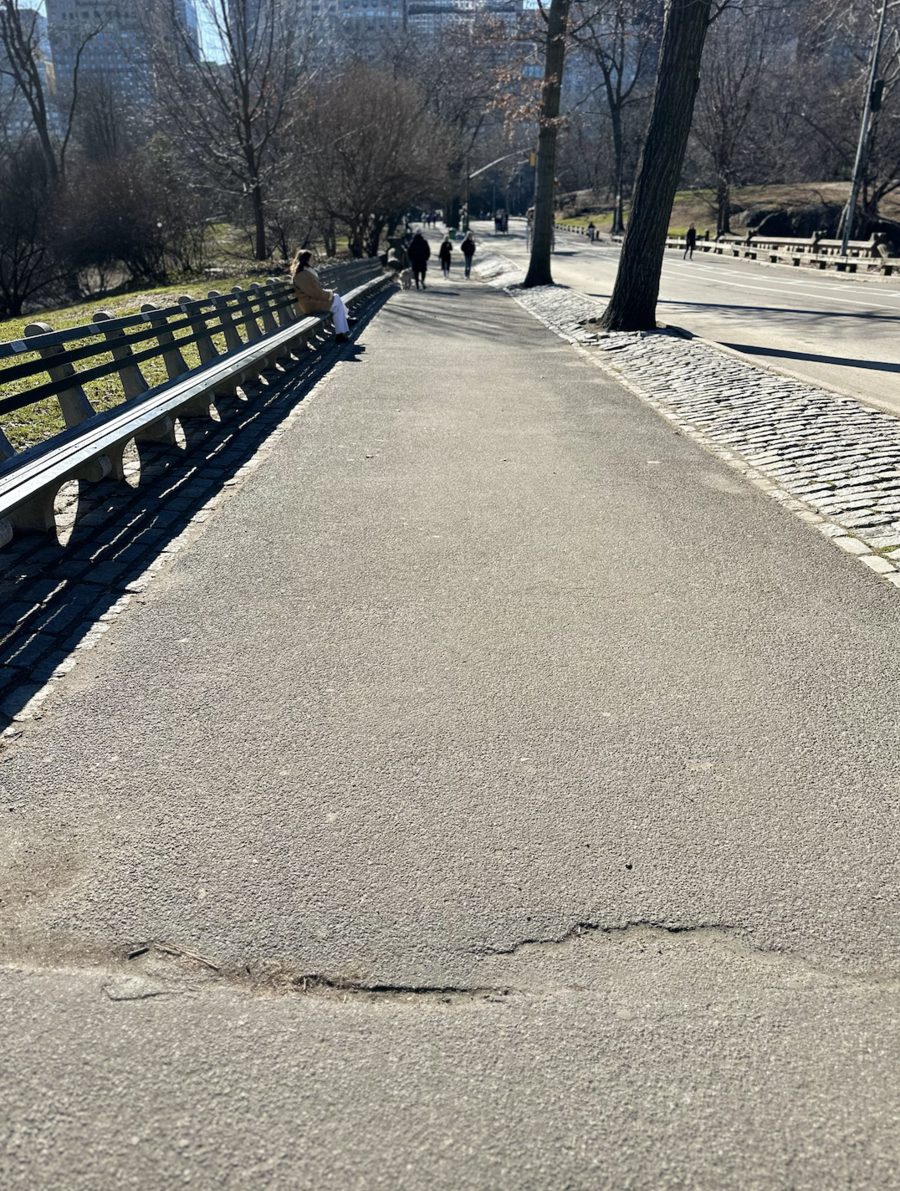 The name of the path is John V. Lindsay Drive Lower Loop. The area is known for heavy pedestrian traffic, and it is typically included in sightseeing tours.

Lead Stories spoke to a Central Park bicycle rickshaw driver who introduced himself as Anton Chavusky from Romania. When shown a picture of the location, he quickly identified the spot:

I was there yesterday and the day before it. I pass that spot almost every day because I look for customers. I didn't see it. I'd notice it. I know Zelenskyy.

Lead Stories also talked to four other men working in Central Park as carriage operators, including one Russian-speaking person and one man who said he's originally from Turkey. They did not provide their names but confirmed that the spot is part of their typical daily route. They said they'd recognize Zelenskyy if there were graffiti of him. But none of the men saw it.

Staff were unable to find this graffiti.

Graffiti is illegal in New York City. In June 2021, following the 14-month-long suspension of the program due to the pandemic, the city returned to the practice of removing graffiti. In addition to a standard 311 call to the city's authorities to complain about it, NYC Parks also has a page allowing people to report unauthorized drawings.

The post on Telegram did not say when exactly the graffiti in question was supposedly made. But the city's interactive graffiti tracking map, last updated on January 7, 2023, did not show a single example in Central Park.

If the graffiti of Zelenskyy appeared later, between January 7 and January 10, 2023, when the post was published on Telegram, it is unlikely that it would be removed quickly. The website of the Graffiti-Free NYC program says:

... graffiti cannot be removed during the winter months because painting and power washing is not successful when the temperature is close to freezing or below. From the months of November - March, the Graffiti-Free cleaning crews focus on cleaning street furniture using oil based paint. Any graffiti reported during the winter is added to the cleaning schedule for removal beginning in the spring.

Even if the drawing, unlike other similar images allegedly seen in Warsaw, Madrid and Berlin, was made predominantly with chalk, not spray paint, as the post suggests, the chances are that it would not disappear without a trace despite some precipitation recorded in the city between the post's date and this writing. Central Park, an iconic tourist attraction and home to many favorite activities of the locals, typically receives a lot of media coverage if anything new or controversial is spotted there. Yet, between January 10 and January 16, 2023, no news reports mentioned the image of Zelenskyy in Central Park.