Did new graffiti negatively portraying Ukrainian President Volodymyr Zelenskyy appear in London? No, that's not true: Based on analysis of open-source data, Lead Stories identified the location of the purported drawing as Lindt Home of Chocolate in Zurich, Switzerland. The Lindt Home of Chocolate spokesperson confirmed to Lead Stories that the posts in question showed the front of their building, but categorically denied that the drawing ever appeared there.

The claim originated from a post published on Telegram on January 18, 2023. Its caption, reflecting an unofficial spelling of the Ukrainian president's last name, said: 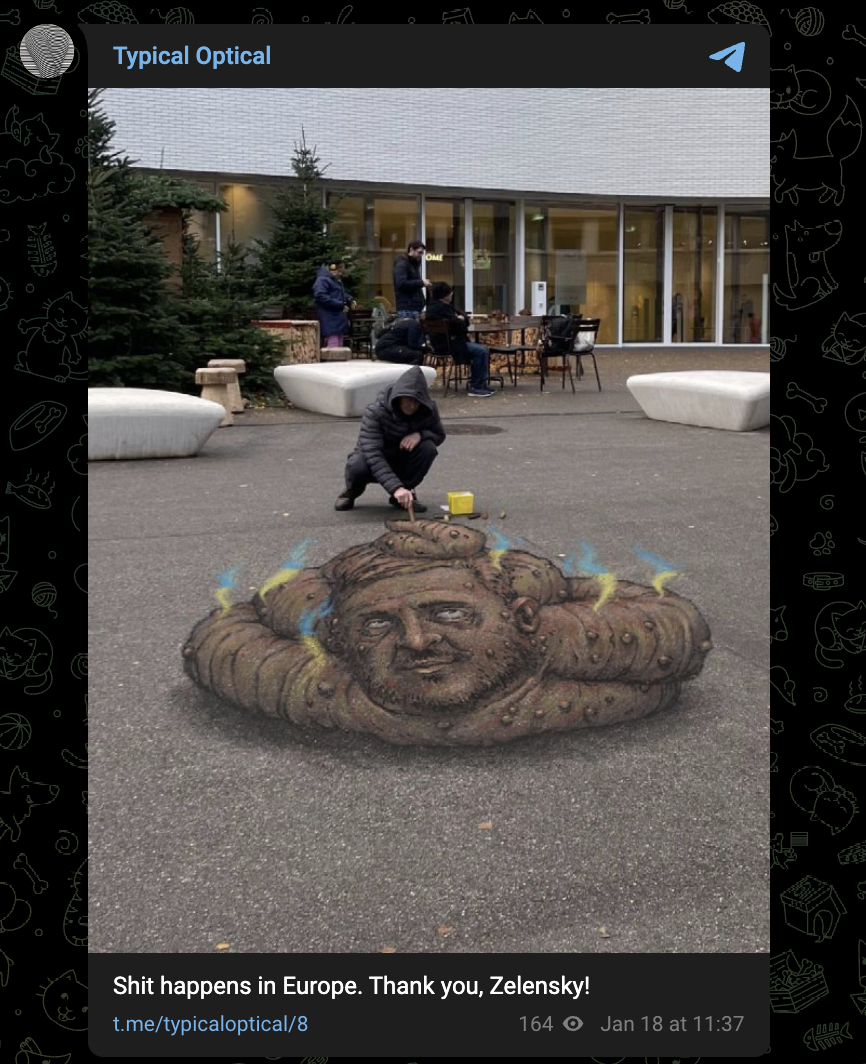 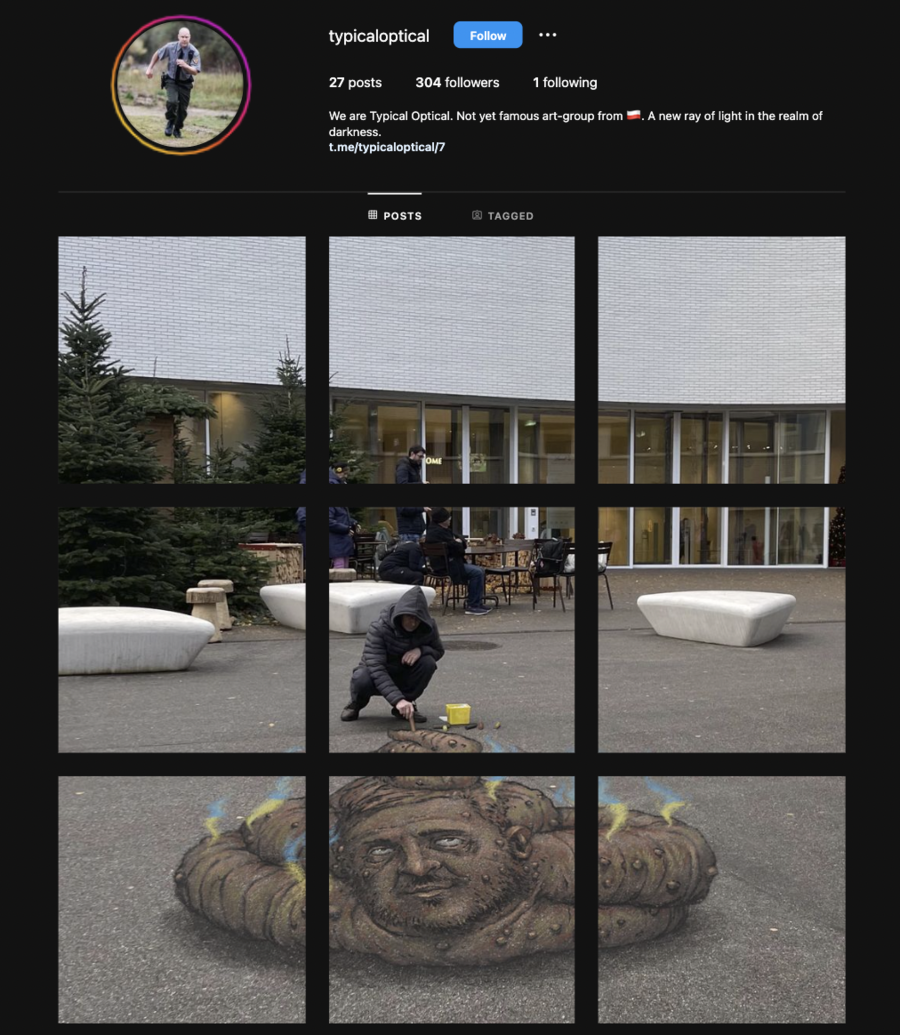 The geotag attached to the pieces of the composite image posted on Instagram identified London as the location of the photo:

Comparing unique identifiers of the particular spot shown in the picture with publicly available photo and video materials, Lead Stories concluded that the actual location was not London, but Zurich, Switzerland.

Using a reverse image search, Lead Stories found that the closest match to the building's facade is the headquarters of the Swiss chocolatier Lindt & Sprüngli, located at 1 Schokoladenplatz in Kilchberg, a municipality in the Swiss canton of Zurich.

The company's website displays a photo of the headquarters' facade, apparently taken in summer, but without the Christmas trees and irreguarly shaped white benches seen in the Instagram and Telegram posts.

Google Maps images of the chocolatier's Zurich headquarters, however, include the benches: 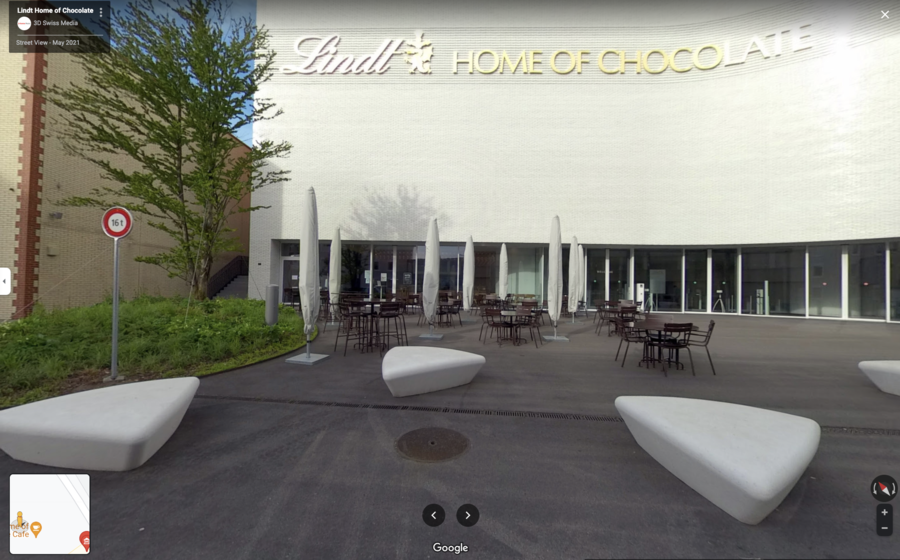 One of the videos on Google Maps, taken on November 22, 2022, also showed the benches, and Christmas trees placed behind the coffee tables as an apparent part of temporary decorations for the winter holiday season: 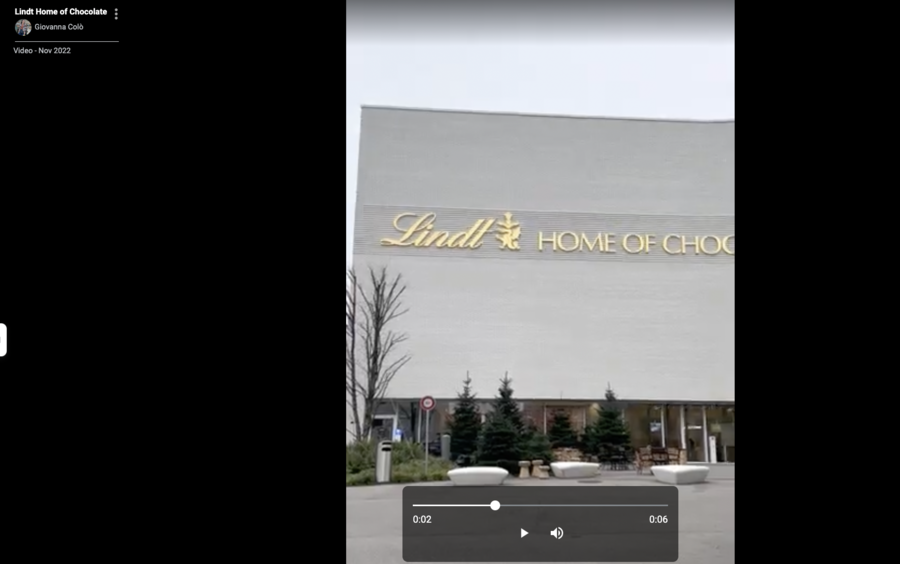 Lead Stories also found an image that shows the entire word, "WELCOME," whose ending, "OME," is seen on the building's entrance doors in the Instagram and Telegram posts.

The same fragment of the photo posted by "Typical Optical" also contained another inscription, which is a little more recognizable on Instagram. While not entirely readable, the outline of the word -- and especially its first letter -- resemble the Lindt logo, which can be seen on its chocolate bars: 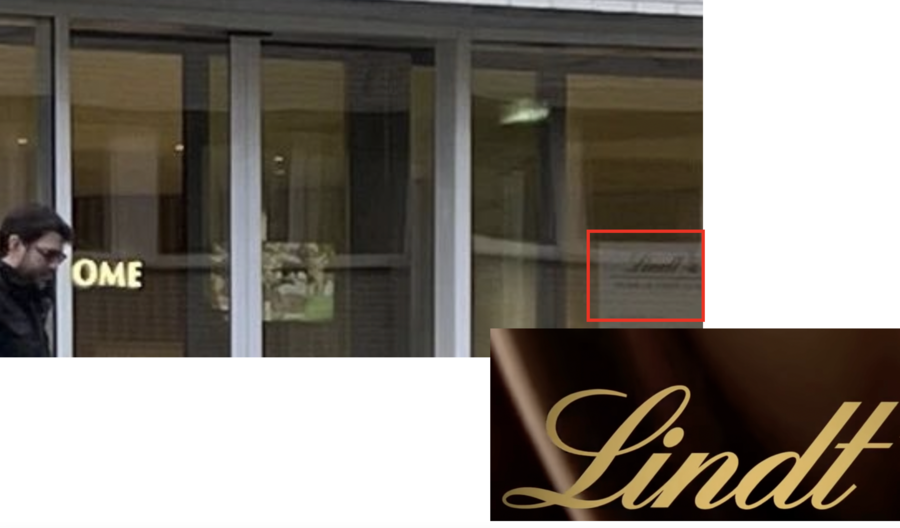 After collecting this evidence, Lead Stories contacted the chocolatier about the Zelenskyy graffiti claim. Daniel Huggenberger, a Lindt Home of Chocolate PR manager, replied on January 19, 2023, via email that:

Indeed, this is in front of the Lindt Home of Chocolate in Zurich. However, the graffiti has never been there. So, it is a fake!

The company temporarily suspended its operations in Russia in March 2022 after the start of Russia's full-scale invasion of Ukraine.

Both the Lindt brand and its Zurich location are well-known. The latter also functions as a museum of chocolate, a place that attracts visitors as well as employees.
However, as of January 19, 2023, no one had shared other photos of the graffiti on social media. The account Typical Optical, known for posted non-existent images of Zelenskyy, was the only source that posted the picture of the graffiti.
Had the company or its building been involved in a controversy, it would have been reported in the news, as has happened before. However, the two results on Google News generated by the search term "Lindt Home of Chocolate Graffiti Zelensky" led to unrelated reports.
Based on all of the above, the image in the post on Telegram and Instagram appears to be digitally altered; a combination of pictures of the Lindt Home of Chocolate and the graffiti.

As of this writing, "Typical Optical" describes itself as a "not yet famous art-group from 🇵🇱," using the Polish national flag in place of the name of Poland.

The account has drawn the attention of fact-checking organizations across the globe for repeated posts of supposed drawings of Zelenskyy that do not exist. Lead Stories previously debunked claims about these images here and here.