Does a recent Facebook Reel accurately depict devastating damage from a 2023 plane crash? No, that's not true: This footage is from the set of director Steven Spielberg's 2005 movie "War of the Worlds." A twin-engine ATR 72 airplane crashed in Nepal on January 15, 2023, but the plane seen in the Reel is a 747. The location of the movie set does not resemble the Nepali plane crash site.

The claim appeared on a Facebook Reel (archived here) posted on January 19, 2023, with the on-screen text: 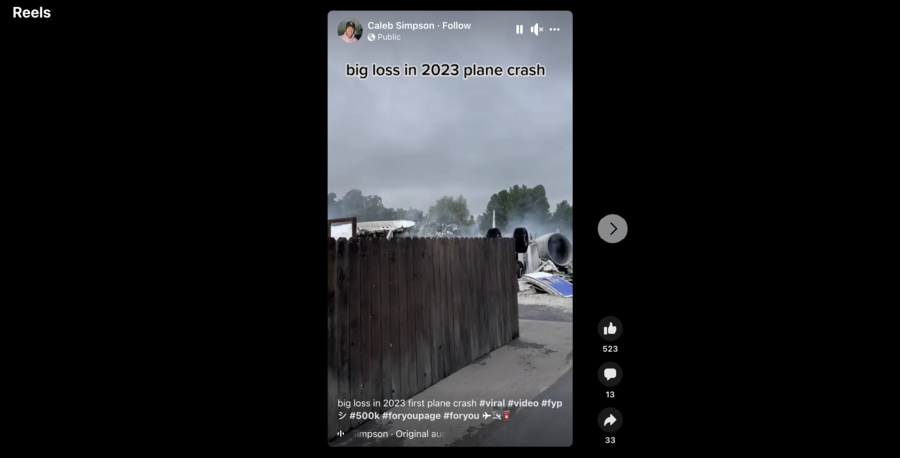 This footage is not from a real plane crash. A reverse-image search found the same footage from the Universal Studios set of the 2005 movie "War of the Worlds." 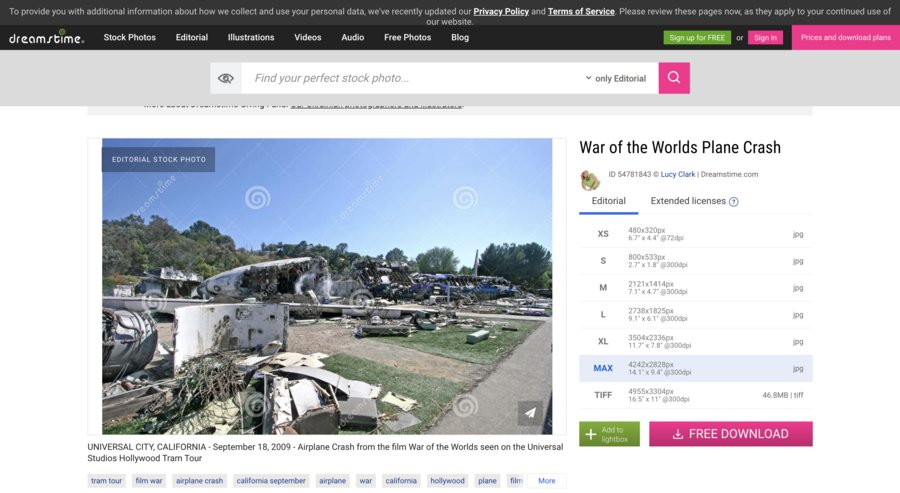 A 2020 YouTube video of a tour of Universal Studios in Hollywood shows this same set. The description identifies the plane as an "authentic 747 aircraft" that's been sliced into pieces and placed on Universal Studios' backlot.

A real plane crash did occur in Kathmandu, Nepal on January 15, 2023, however. With a death toll of 72 people, it was labeled as Nepal's deadliest plane crash since 1992, NBC News reported.

Unlike the 747 pictured in the Facebook Reel, however, NPR reported that the plane that crashed was a twin-engine ATR 72.

Also, CBS News, partly crediting the Associated Press, reported on January 15, 2023, that the regional passenger plane had crashed in a gorge. The Reel does not take place in a gorge.

Additional Lead Stories fact checks of claims about plane crashes can be found here and here.