No martial law yet weeks after the start of the Pentagon's Operation Jade Helm 15. Some people, especially in Texas, fear it's President Obama's military takeover of the Republic of Texas, with the imposition of martial law so the federal government can confiscate their guns and bible.

The nervousness over the military training exercise is allegedly connected to shots fired in Mississippi and the discovery of a private arsenal in North Carolina. (Scroll down to see the latest stories on that identified by Lead Stories' Trendolizer.)

A fictional map of the seven states where the annual month-long training exercise is planned beginning July 15 stoked conspiracy theories with the classification of Texas as "hostile." 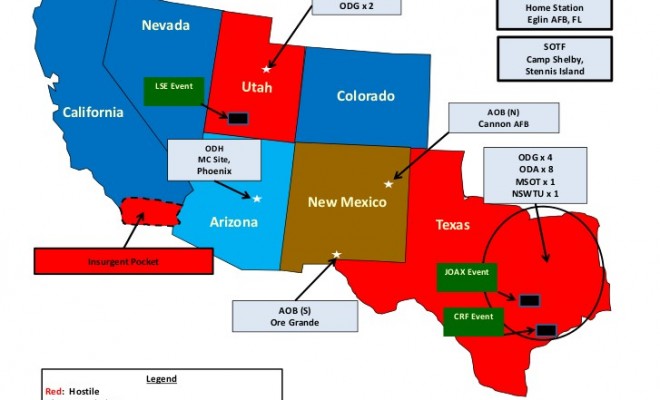 The Washington Post captured the fears in a July 4th, 2015, article titled "The Americans are coming! Some in a Texas county fear an Obama-led U.S. military invasion."