A slew of fake news sites have once more copied an article (this time titled "Anthony Weiner Placed In Protective Custody-Will Turn State's Evidence Against Hillary") from satirical fake news website The Resistance: The Last Line of Defense.

Anthony Weiner, the disgraced Democrat who can't seem to go a year without texting some unsuspecting young girl a picture of his penis, has disappeared from his daily life. According to the US Marshal's Service, Weiner has been taken into protective custody and placed in a safe house until he can testify against Hillary Clinton and his estranged wife, Huma Abedin.

Weiner, whose laptop was seized over a sex scandal last year, was found to be in possession of eleventy thousand top-secret emails that could have brought America to its knees had they fallen into enemy hands. The emails were found to have been copied directly from Hillary Clinton's private server.

Furthermore it claims Weiner was threatened by the Clinton camp or he would be "joining Vince Foster" and that congressman Trey Gowdy is spending a further $11 million on the investigation.

It also says that Weiner will enter the witness protection program after extensive plastic surgery. 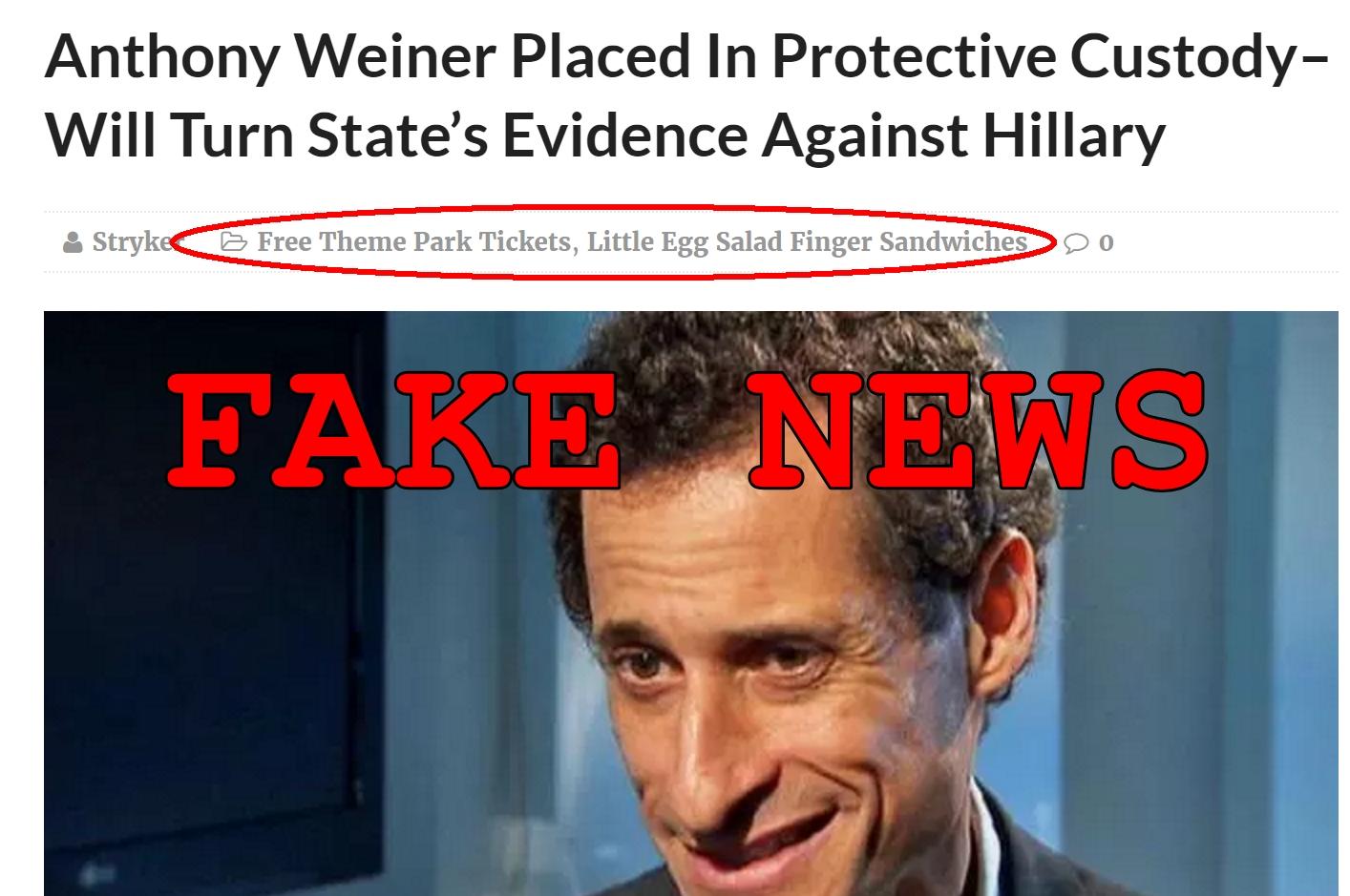 All these claims are not true for one simple reason: The Resistance: The Last Line of Defense is a fake news website that carries following disclaimer on its about page:

Still, many people apparently remain unaware of the satirical nature of these stories as you can see in the Trendolizer graph at the end of this article. If you notice anyone spreading the fake story around you can help by pointing them to this article here because nobody likes being duped by satire repackaged as fake news.