A well-known fake news website named World News Daily Report posted a hoax article titled "STUCK 71 HOURS IN AN ELEVATOR, MAN KILLS AND EATS HIS WIFE TO SURVIVE". The article starts off like this:

Philadephia, PA | 44-year old Bruce Franklin was arrested this morning, after he confessed to killing his wife and eating her flesh while he was stuck with her in an elevator.

According to the Philadelphia Police Department, the partially devoured corpse of his wife was lying next to him when he was rescued after being stuck for three days in an elevator.

The story is accompanied by a weird-looking mugshot: 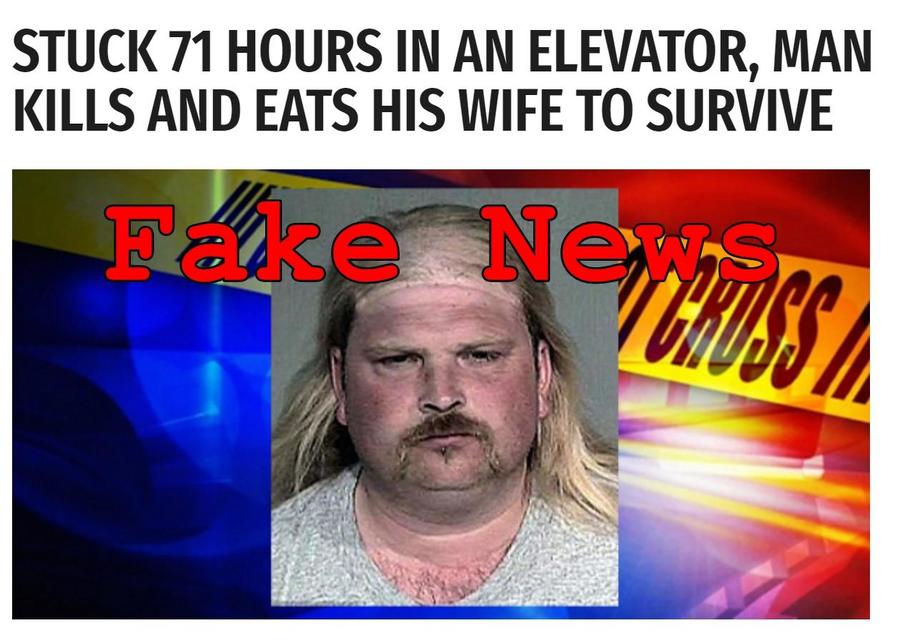 We weren't able to track down the exact identity of the person in the photo but according to Google Image search the image has been used in several 'crazy mugshot' galleries on the internet, for example this one.

It appears the story suddenly got popular a few hours ago as you can see in the Trendolizer graph at the end of this article despite not gaining much traction at first. If you notice anyone spreading the rumor around you can help by pointing them to this article here because nobody likes being fooled by fake news.