The by now legendary satircal fake news website The Resistance: The Last Line of Defense came up with another hoax article titled "Trey Gowdy Breaks His Silence After 2 Of His Investigators Are Found Tortured And Killed". This time the story starts like this:

Two federalized deputies working for Trey Gowdy were discovered tortured and killed recently while on their way to serve a search warrant on the Clinton Presidential library. The details of the crime are sketchy but one thing is certain: whoever pulled it off is a pro who left absolutely no evidence behind.

By now it should be clear to anyone paying attention that the story is not true, completely made up and utterly fake. 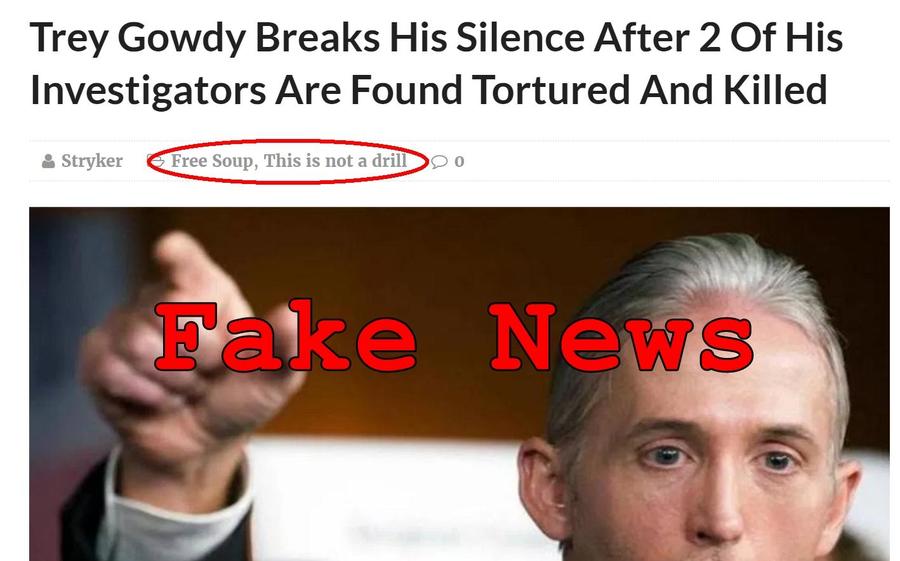 A copy of the story on the website USAPoliticsNow which is lacking the disclaimer is currently also trending, Lead Stories has learned.