You shouldn't believe a word World News Daily Report writes, since it is a known hoax website. Case in point, their latest article titled: "Hospital employee arrested for impregnating 26 women in coma". It begins:

Albuquerque, NM | Juan Enrique Rafael Ramirez Rene Lopez, a 38-year-old janitor working at Lovelace Medical Center, has been apprehended by police this morning after being accused of sexually assaulting several women in a vegetative state.

Authorities were warned by the man's girlfriend that he was sleeping with women in a comatic state at his workplace after the couple had gotten into a fight and she had threatened to leave him.

Mr. Lopez would have then told his girlfriend that he had cheated on her multiple times with women at the hospital.

"He told me that I was boring in bed, that he could get laid as much as he wanted at his job and that he got laid all the time. That's when I got suspicious," she told reporters. 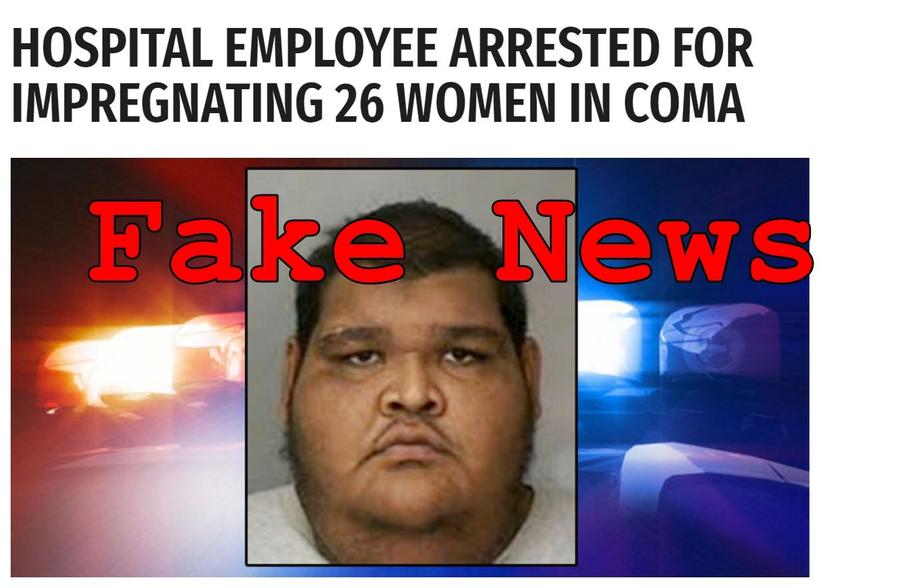 First of all, that mugshot is not "Juan Enrique Rafael Ramirez Rene Lopez", but Gabriel Zamarripa Jr., described as a "Mexican drug cartel associate" in this article about his arrest for drug-related offenses. Nothing to do with raping comatose patiënts.

Secondly the website World News Daily Report is a well known hoax website specialized in posting hoaxes and made up stories. The disclaimer on their website is pretty clear about that even though you have to scroll all the way down the page to find it:

It looks like the story wasn't getting much traction the past few days but as you can see in the Trendolizer graph at the end of this article it looks like a few hours ago a massive promotion campain started to spread it around. If you see any of your friends falling for the hoax, send hem here to be educated.