A 36 year old police officer [Sophie Gwebu] from Pretoria was driving a police car this morning when she caused a pile up of about six cars when she crashed into the back of a taxi carrying fifteen people. Or rather, although she was in the driver's seat, it was actually her male coworker constable Frank Nksoi who was holding the wheel while she tidied herself up down below.

In case you're wondering just why Gwebu was trimming her hedge, she explained that she was planning to meet someone later today and she wanted to be "ready for the visit".

The image that went with the article is actually from a 2015 story about a police car hitting a VW van on a highway. No taxi, shaving or six other cars were involved. 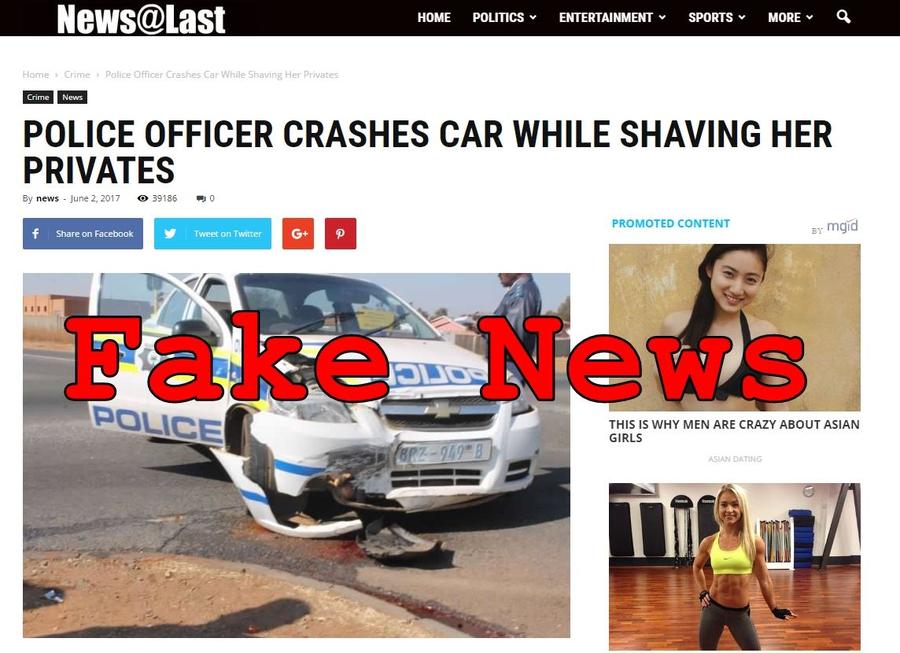 It is also telling that the name "Sophie Gwebu" was left in angle brackets ("[Sophie Gwebu]"): this may indicate the story is intended as a template for re-use later with different names and different cities, a trick often employed by fake news websites.

No other reputable news websites (or even hoax debunking websites like Snopes) currently make any mention of the events described in the article so it is pretty certain they didn't happen and none of it is true.

That didn't stop people from spreading the story around as the Trendolizer graph at the end of this article shows.