A video was published on a site by the name of TopBuzz under the title "McGregor vs Mayweather FIGHT IS OFF! Mayweather ARRESTED!! LIVE FOOTAGE". The story is entirely fake as Floyd Mayweather has not been arrested (at least not recently). TopBuzz is a site where anyone can sign up to post things so it is unclear if the user account "Nellie Hicks" that posted the video is actually affiliated with the site owners or not. 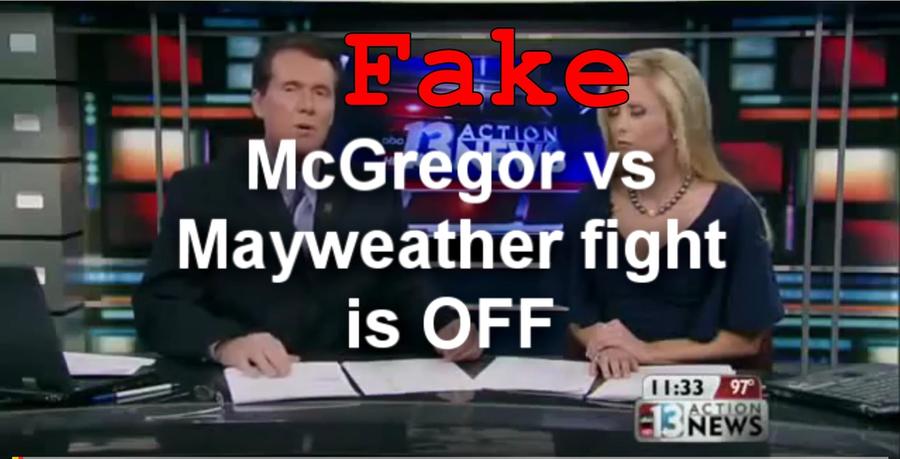 The news coverage in the video is from 2012 and is related to Mayweather's domestic abuse case, for which he served two months in jail. Apparently the creators of the current video used an old news report about that and superimposed two captions: "McGregor vs Mayweather Fight is OFF" and "Mayweather arrested for not paying TAXES", along with a sappy piano track. But around 28 seconds into the video you can clearly hear the reporter say the case is about charges of domestic battery.

A cached copy of the video can be watched here, in case the first one goes down:

It certainly looks like the fake story has been going viral as you can see in the Trendolizer graph at the end of this article: tens of thousands of people have seen it so far. Don't be fooled: the fight is ON!