There was no Supreme Court ruling saying that former President Obama's plans for a burial monument on the National Mall was an unconstitutional waste of money. The official website of the United States Supreme Court does not make even a single mention of the phrase "Burial Monument". The story was recently taken up again by a relatively new fake news website by the name "Police Times" but it originated on the satirical website Potatriot Post back in November of 2017 where it was published under the title "SCOTUS Shoots Down Obama's $30 Million Taxpayer-Funded Funeral And Monument Plans" (archived copy here). 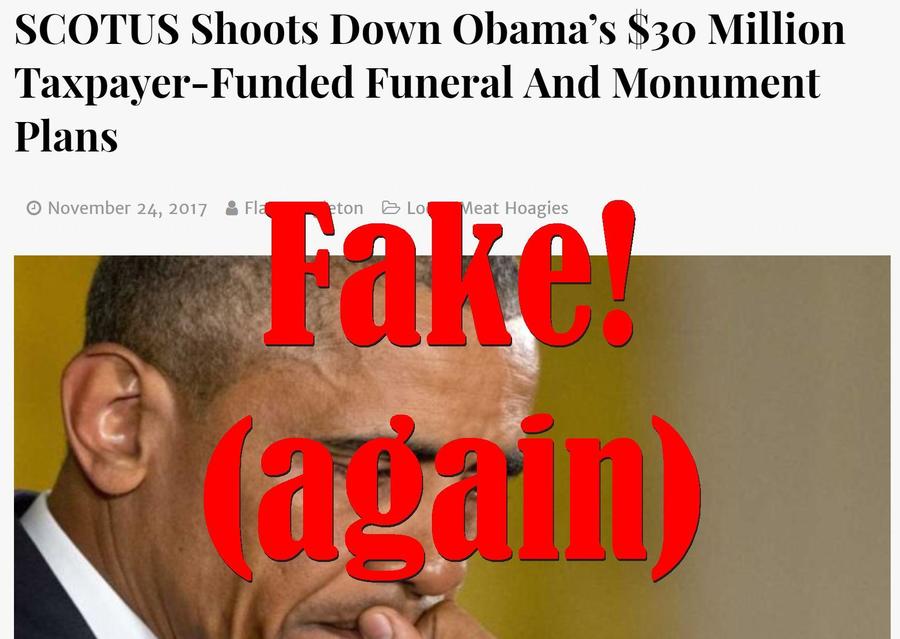 Former President Barack Obama was reduced to tears today when the Supreme Court ruled that his burial monument, courtesy of the US taxpayer, was an unconstitutional waste of money that would need legislation to enact.

Critics say the statement is contradictory and won't make sense to conservatives, whose ability to reason cognitively reduces drastically when verbiage of an intellectual nature is associated with politics.

This implies conservatives don't understand political issues when difficult words are used. This is a clear hint the entire story is satire and this is confirmed in the footer of the Potatriot Post:

And again on the 'about page' of the site:

Everything on this website is fiction. It is not a lie and it is not fake news because it is not real. If you believe that it is real, you should have your head examined. Any similarities between this site's pure fantasy and actual people, places, and events are purely coincidental and all images should be considered altered and satirical.