Did you read the story of poor Edward Norris, an 81-year old man from Newark, New Jersey who suffered from Alzheimer's disease and accidentally ovedosed on 21 flu shots (taking 14 in one day) because he kept forgetting he already got one? Fortunately it never happened, the entire thing is not true.

The story originated on satirical website World News Daily Report where it was first published under the title "Man with Alzheimer's disease dies after getting 14 flu shots in a day" on February 15th 2018 (archived here). It opened:

The elderly man was known to suffer from Alzheimer's disease but was otherwise rather healthy, so his sudden demise came as a surprise to his family.

While inspecting his bedroom, his daughter Philis noticed a pile of receipts from various hospitals medical clinics on a bed table.

According to her, the papers indicated that the elderly man had received at least 21 flu shots over a two day period, 14 of them on the same day.

The image that accompanied the story was just a stock photo taken from Shutterstock where it was titled "Smiling senior man". 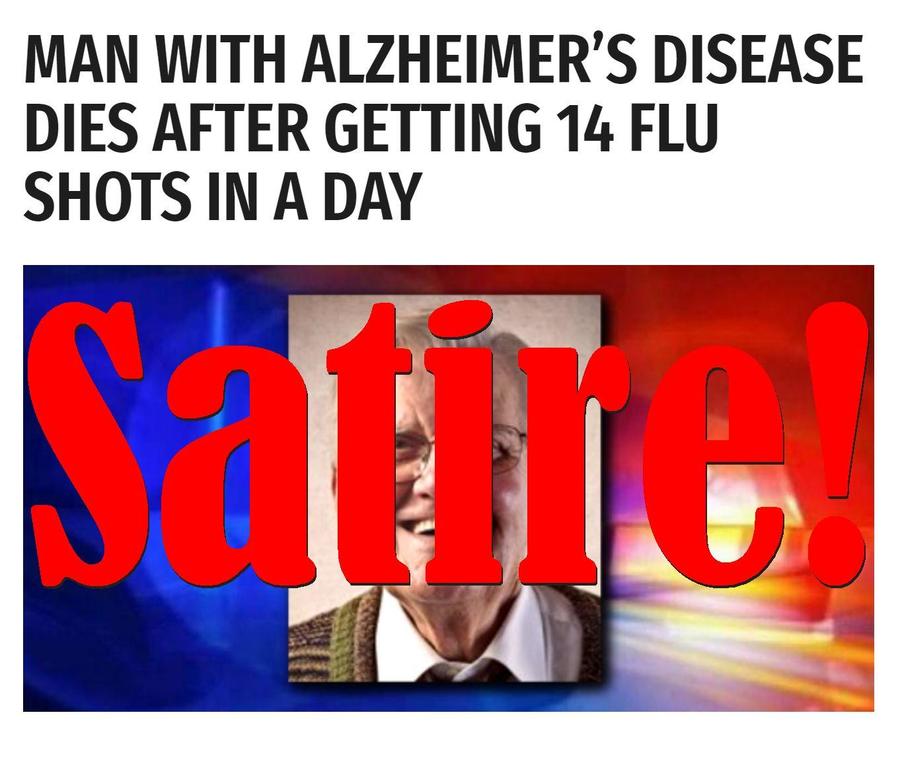 It is run by Janick Murray-Hall and Olivier Legault, who also run the satirical Journal de Mourréal, a satirical site spoofing the (real) Journal de Montéal. Articles from the site frequently get lifted by other sites that omit the satire disclaimer. We suspect this one might soon get lifted by sites using it as "evidence" that flu shots are unsafe. If you saw the story on such a site, rest assured it was actually just a piece of satire.