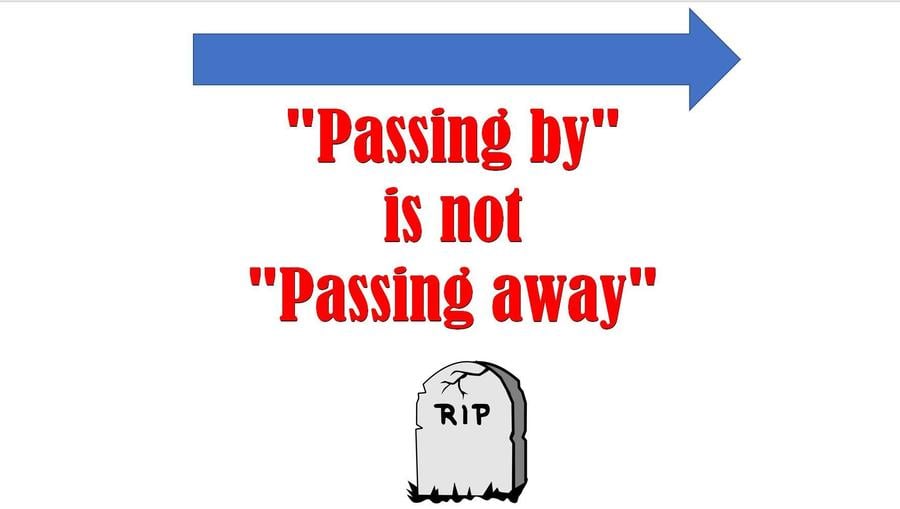 Presumably it all started with this joke tweet from The Wrestling Outsider, claiming Mark "The Undertaker" Calloway had "peacefully passed by a home":

Mark Calloway aka The Undertaker peacefully passed by a home on Feb 14,2018 pic.twitter.com/vkohgenZZu

Many people misunderstood an thought he had "passed away", causing the tweet to be retweeted over 8,000 times.

Since then many other people have jumped on the bandwagon and started tweeting about other celebrities peacefully passing by things.

Tweets about "peacefully passed by"