Did The Daily Mail write that today's outages on the O2 mobile network in the U.K. were to blame on the high number of immigrants calling home? No, that's not true: the story was put out by a satire website. It is not real.

The story originated from an article published by "U OK Hun?" on December 6, 2018 titled "Daily Mail confirms O2 network problems due to high number of immigrants calling home" (archived here) which opened:

An article in the Daily Mail has confirmed that today's O2 network problems were caused by too many immigrants all trying to call home at the same time.

Their report said, 'On Thursday morning, a high number of international FaceTime calls were placed, because so many of them have the latest smartphones don't they?'

'The United Kingdom's internet pipeline to Syria was quickly overwhelmed, and the knock-on effect here was that millions of British customers were suddenly unable to stream whatever jingoistic thundershite video was being put out by Leave.EU.' 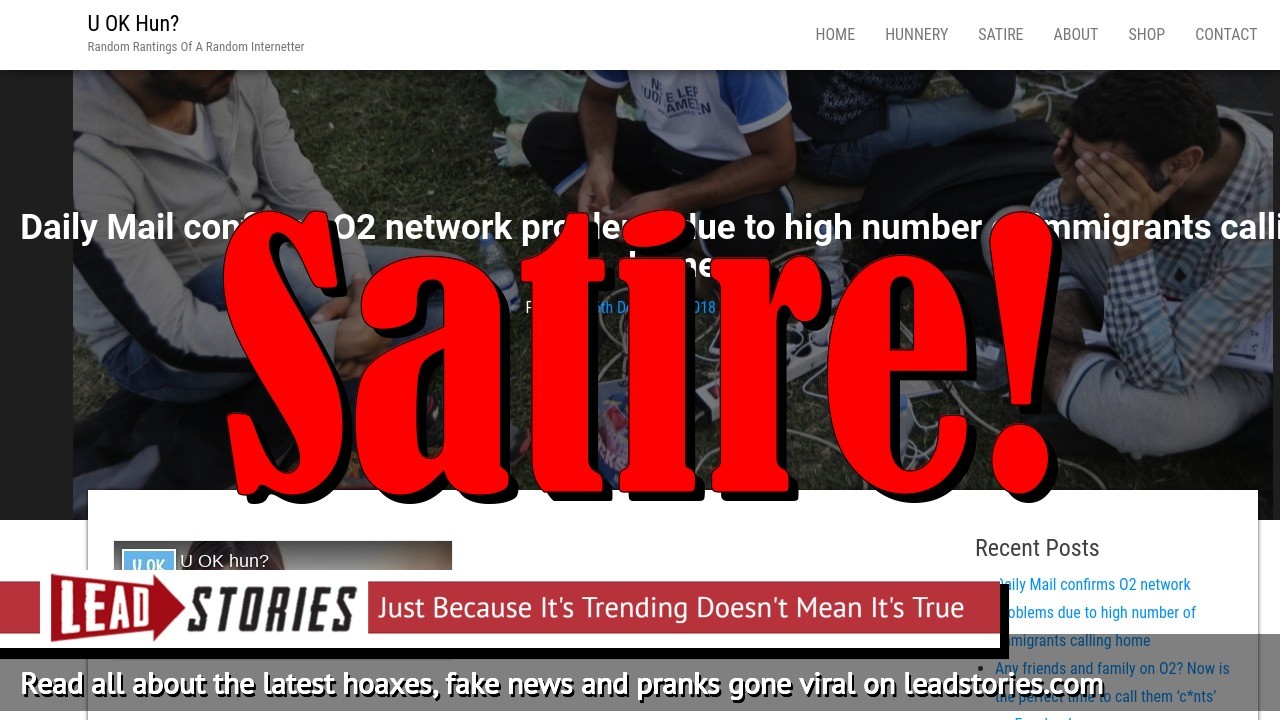 The Daily Mail did report on the outage but the paper did not mention immigrants in the story. It reported the issues were blamed on a "software glitch".

The website "U OK Hun?" has an about page that reads:

The Southend News Network is a satirical site pretending to be a news organisation by the English coast in Southend. They have a disclaimer on their about page that reads (in part):

Several of their stories have been mistaken for real news in the past and the site was recognized by the local authorities as an "official news outlet".