Was a body found in the Ohio river in Saint Clairsville, Ohio confirmed to be Clinton aide Jaeger Holpern? No, that's not true. The story was published by a liberal satire website that tries to educate gullible Trump supporters and Republicans about the need to actually click and read links before sharing or liking them in order to avoid being embarrassed by fans of the site later. All the events described in the article are not real.

The story originated from an article published by America's Last Line of Defense on February 10, 2019 titled "UPDATE: Body In Ohio River Confirmed As Major Clinton Aide" (archived here) which opened:

On Tuesday, police in Saint Clairsville, Ohio announced some troubling news to the small town: a dead body had washed ashore on the Ohio River. Authorities told residents not to worry, that the body had probably drifted there from somewhere hundreds of miles away based on the amount of damage -- and they were right.

An investigation concluded on Saturday that the corpse was, beyond a shadow of a doubt, the inhumed remains of Jaeger Holpern, aide to Hillary Clinton for more than a decade -- including in the 2012 and 2016 elections. He also worked as a bodyguard for Chelsea Clinton from 2017-November 2018.

Holpern recently provided evidence to Judicial Watch regarding the Clinton email scandal, according to a press release from the transparency organization.

On Tuesday, police in Saint Clairsville, Ohio announced some troubling news to the small town: a dead body had washed ashore on the Ohio River. Authorities told residents not to worry, that the bod...

Eagle-eyed readers probably noticed that the television screenshot illustrating the article was actually from Pittsburgh:

OHIO RIVER BODY: Body identified as man who walked away from hospital

MCKEES ROCKS, Pa. - A body found in the Ohio River has been identified as a man who walked away from Allegheny General Hospital. RELATED: Police searching for man who walked out of hospital The family of Raymond Devries, 71, confirmed to Channel 11 that his body was found in the river.

But there are several other hints the story is false. First of all, the Ohio river does not flow through Saint Clairsville. The nearest place where it passes by would seem to be Wheeling: 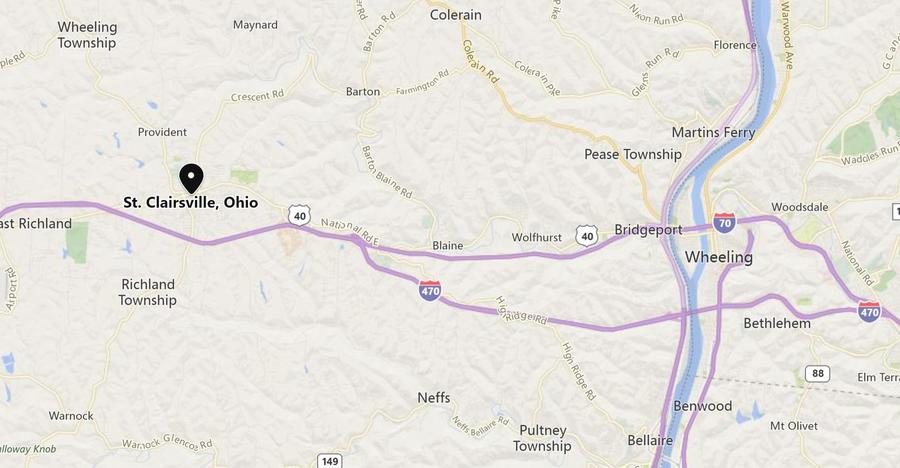 A second hint is hidden in the URL of the story: https://wearethellod.com/jaeger-holpern-is-also-an-anagram/

Jaeger Holpern is indeed an anagram for John Lee Prager, one of the writers behind the site:

Readers of Lead Stories know we've been following the work of Christopher Blair ( featured in the Boston Globe today by coincidence) for quite some time now. For those of you who don't know him, he's the person behind such iconic satirically trolling news sites as The Last Line of Defense, Reagan Was Right, Ladies of Liberty, Freedum Junkshun, Daily World Update, As American As Apple Pie, Freedom Crossroads and several others.

The term "inhumed remains" is also a dead giveaway: it means burried remains, something typically not true of a corpse floating in a river.

If those aren't enough hints, the story was published under the category "Clinton Satire For Chelsea to Tweet About" and the header of the site has the warning "Information you probably shouldn't trust".

The site also comes with a clear satire disclaimer at the bottom of each article:

We wrote about wearethellod.com before, here are our most recent articles that mention the site: