Did Chelsea Clinton say that satanism is a religion that deserves respect? No, that's not true: The only child of former President Bill Clinton and former Secretary of State Hillary Clinton did say in a tweet that people should be "civil, cheerful, respectful" to "people who don't share our religious beliefs," but she never referenced satanism. She was replying to a tweet from someone who attacked her for having tagged @ChurchofSatan in a Twitter conversation with actress Chrissy Teigen concerning Twitter attacks on their young children.

The story originated from an article (archived here) published by AmRedeemed.com on January 13, 2019 (two years after the Twitter exchange) under the title "Chelsea Clinton Says Satanism Is A Religion That Deserves Respect". It opened:

Chelsea Clinton has described Satanism as a "religion" that "deserves our respect", as the "Satan-gate" scandal continues spiraling out of control, threatening to derail the spawn of Bill and Hillary Clinton's budding political aspirations.

The 37-year-old Clinton, fired back at critics who denounced her warm greeting to the Church of Satan on Twitter on January 1, claiming that Satanists, devil-worshippers and Luciferians deserve civility and respect.
Unbelievably, the spawn of Bill and Hillary Clinton also compared Satanism to her own religion, Methodist Christianity, and her husband's Jewish faith. 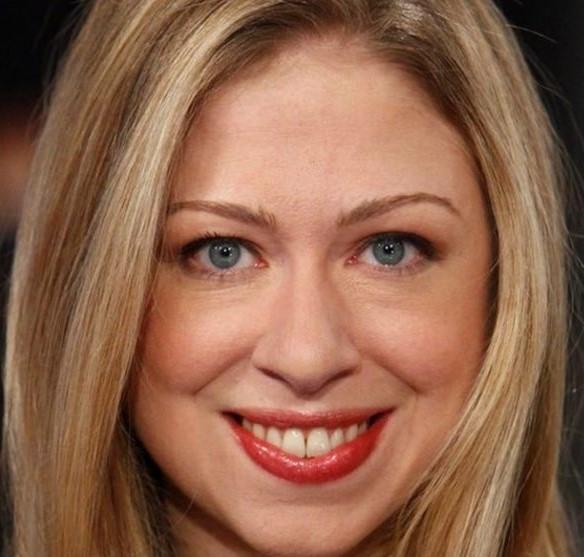 Compare that to the image used in the false story. Her eyes are now black and she had sinister black eyeliner: 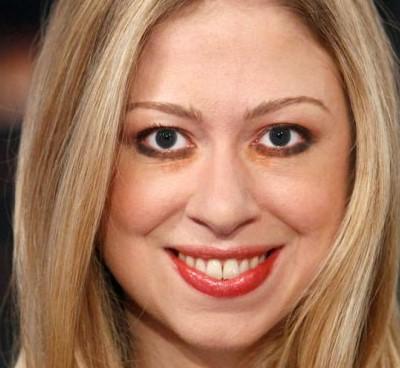 The tweet that triggered this fake controversy followed an message exchange between Clinton and Teigen in which Clinton noted how she and her child are often attacked on Twitter. She tagged @ChurchofSatan as an example of the craziness:

It's been so long! Happy New Year!

This opened Clinton up to a Twitter attack accusing her of aligning with the Church of Satan. Clinton replied:

Oh goodness gracious. We can be civil, cheerful, respectful to & friends with people who don't share our religious beliefs. Sometimes, we even marry them. I'm a Methodist & my husband is Jewish, thank you for asking. A very happy New Year to you Rhonda! https://t.co/8UH9SP8EWO

These are the words that the misleading story claimed was Clinton's calling satanism a religion that deserved respect:

Oh goodness gracious. We can be civil, cheerful, respectful to & friends with people who don't share our religious beliefs. Sometimes, we even marry them. I'm a Methodist & my husband is Jewish, thank you for asking. A very happy New Year to you Rhonda!

Strange as it may seem, but the Church of Satan is not involved in satanism. Members are atheists do not believe Satan exists and they do not worship him, according to their website:

Why do Satanists worship The Devil?
We don't. Satanists are atheists. We see the universe as being indifferent to us, and so all morals and values are subjective human constructions.

Our position is to be self-centered, with ourselves being the most important person (the "God") of our subjective universe, so we are sometimes said to worship ourselves. Our current High Priest Gilmore calls this the step moving from being an atheist to being an "I-Theist."

Satan to us is a symbol of pride, liberty and individualism, and it serves as an external metaphorical projection of our highest personal potential. We do not believe in Satan as a being or person.

Was Clinton equating Judaism to satanism with the mention of her husband being Jewish? The Jewish Telegraphic Agency addressed that question in an article titled "No, Chelsea Clinton did not just compare her Jewish husband to a Satanist":

Marc Mezvinsky, Clinton's husband is, indeed, Jewish. She doesn't appear to be comparing her husband's faith to the "Church of Satan" -- rather, she's making the point that, when it comes to religion, people can believe different things and get along, and sometimes get married.

We wrote about amredeemed.com before, here are our most recent articles that mention the site: