Did Ilhan Omar host a flag burning party? No, that's not true: The story about the Minnesota congresswoman originated as satire on a website that publishes fake stories designed to trick and embarass Trump supporters who believe and share them. There was no such flag burning party.

The story originated from an article (archived here) where it was published by BustaTroll.org on Oct. 19, 2019 under the title "Ilhan Omar Just Hosted a Flag Burning Party". It opened:

The invitations went out to one and all in her community:

"Saturday Night At Ilhan's! Bring Your Flags And Throw Them Into The Bonfire! Burgers, Shawarma, and Tea For All!"

And they came in droves. Hundreds of Ilhan Omar's Democrat friends showed up at the door of her palatial estate, American flags in hand, to attend the "First Annual Flag Discard Bonfire and Barbeque". The backyard fire was massive and it only grew larger as more and more arrived to fuel it with fabric. With the Stars and Stripes. It was a disgusting display of absence of patriotism and possible treason. 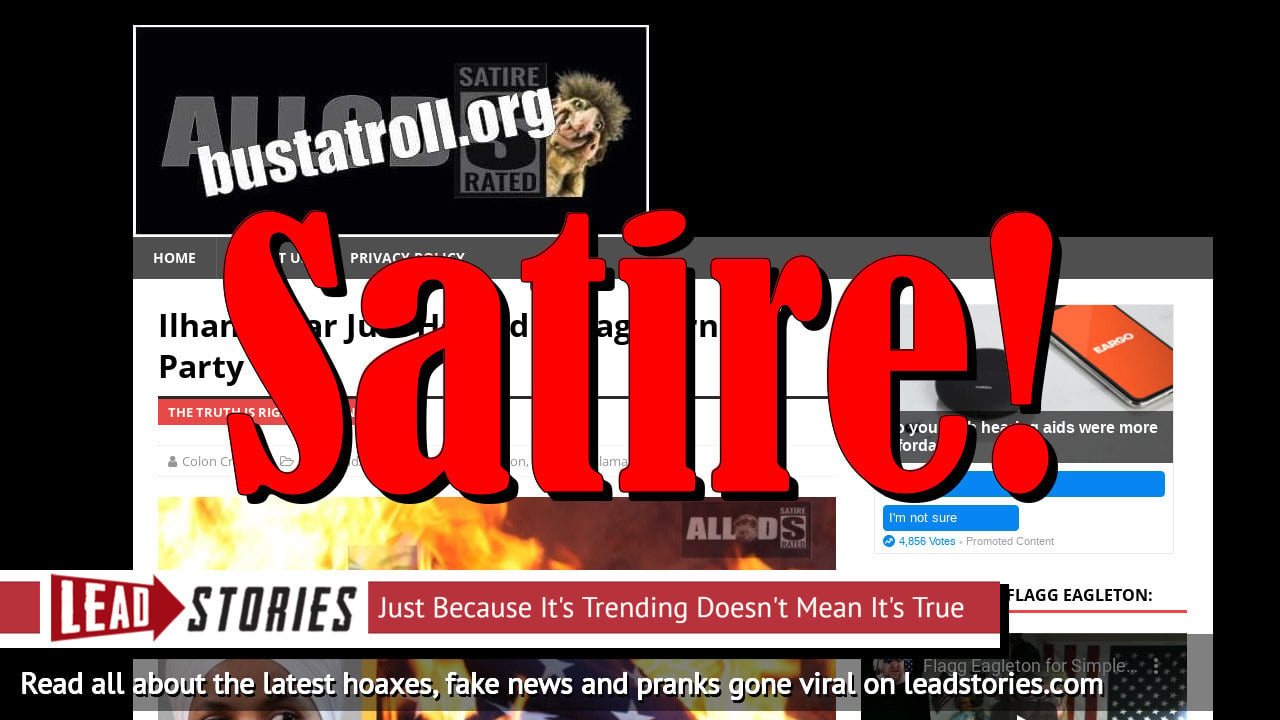