Was Malia Obama busted selling priceless White House trinkets that she stole while she lived there? No, that's not true: The story was published by a liberal satire website that tries to mislead Trump supporters and Republicans into sharing made-up stories that are clearly marked as satire when you actually click them.

Articles from the site are frequently copied by foreign-run fake news websites, and that happened with this one, too. One of the copycats has racked up over 180,000 engagements on Facebook, according to CrowdTangle data. The people liking and sharing these stories are enriching foreign website operators or a liberal from Maine via the ad revenue generated with the content, which is probably not what they expected or wanted.

The claim originated from an article (archived here) where it was published by Daily World Update on April 15, 2019, under the title "Malia Obama Busted Selling Priceless White House Trinkets She Stole While Living There". It opened:

A multi-state investigation in cooperation with the White House Historical Artifact Enforcement Division of the Secret Service is about to conclude with the indictment of Malia Obama, according to our sources. Larry and Bob, two guys working inside the task force, spent more than three months tracking down artifacts being sold at exclusive auction houses and online black market dealers. According to Larry:

"We found a trail of illegal sales of White House trinkets starting in about April of 2017. In the past two years, we linked those items to reports of missing historical pieces reported by White House staff during the Obama administration. All of the pieces are small enough to be smuggled out."

The story was posted under a category named "Malia Obama's Satirical Criminal Tendencies", and the site that originally posted the article had several satire disclaimers and logos. In addition to that, the words "black market dealers" in the original post were linked to a Google translate link that showed the Spanish translation of this little inside joke:

Why are there no "white market" dealers. Wait...is "black market" actually a racist term used to imply that anything run by blacks is inherently evil? It's almost like asking for Jimmies on your ice cream in 2019, right New Englanders?

Articles from Blair's sites frequently get copied by "real" fake news sites that often omit the satire disclaimer and any other hints the stories are fake. Blair has tried to get these sites shut down in the past but new ones keep cropping up. 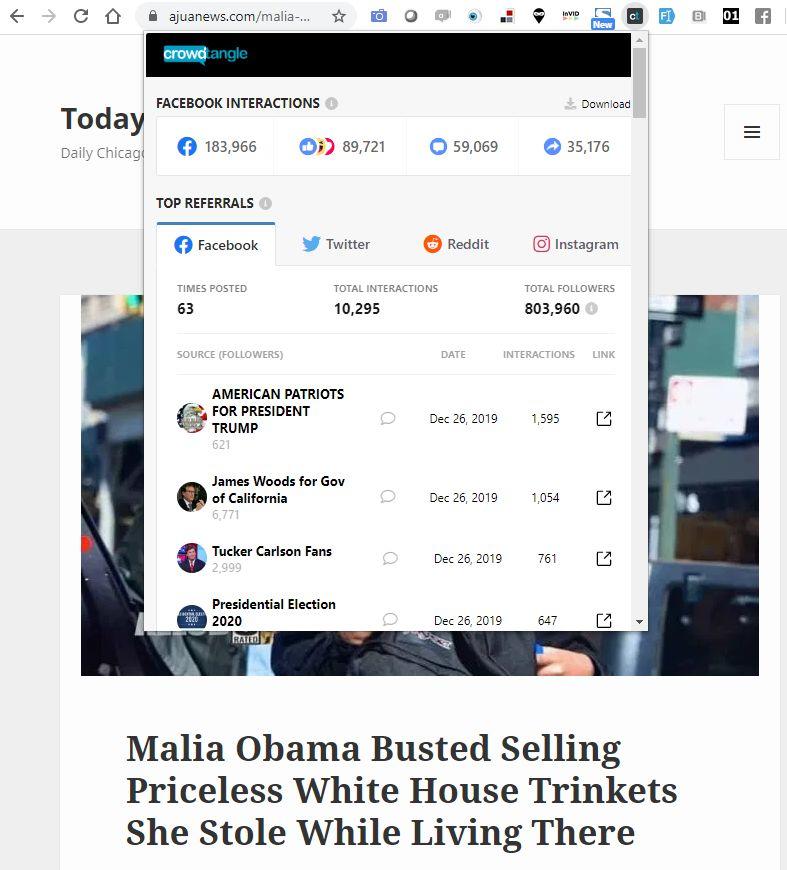 Ajuanews.com got over 180,000 Facebook engagements out of the story, almost 100,000 more than the original on Daily World Update.