Did Nicole Kidman get blacklisted after calling for Americans to support President Trump? No, that's not true: Kidman has made comments saying that Americans should support whoever occupies the U.S. presidency, but she has not been blacklisted, nor has she been overtly supportive of Trump himself.

Kidman even said in an interview with BBC Two on January 10, 2017, that she was reticent to elaborate on the 2016 presidential election.

The claim that she was blacklisted, which falsely contextualizes quotes from the BBC Two interview, resurfaced with an article (archived here) where it was published by Apparent Politics on November 7, 2019, under the title "VIDEO Nicole Kidman BLACKLISTED After Calling For Americans To Support Trump - This Is Not Good". It opened:

"Kidman is one of the uncommon big names in Hollywood that help Donald Trump. It is quite easy to comprehend why a few people like Kidman, Denzel Washington, Mark Wahlberg, Steve Harvey, and numerous others defy the liberal rulers that need to separate and annihilate America. This,, moderates" between the celebrated superstars are individuals who were brought up in the American soul, they have religious and virtues since they were children and they will NEVER stoop before the Devil's plan.

They are pleased nationalists of America, or better to state glad residents of the Earth who would prefer not to see tremendous atomic pulverization, defilement of the youngsters or subjugating the total populace in the chains of the worldwide partnerships. These individuals are genuine HUMANIST! Moreover, read how Nicole Kidman remains behind this honorable perfect and how the debilitated nonconformists addressed her call.

Though the Apparent Politics story is only a few months old, the same story has circulated online since May of 2017, where it has been replicated at least 25 times across various fake news sites.

But in response to Trump's election, Kidman did not brand herself an avid Trump supporter as the Apparent Politics story claims. The video on the site quotes Kidman saying:

"So, I just say he's now elected. And we, as a country, need to support whoever the president is because that is what the country is based on. Whatever, however that happened, he's there, and let's go."

Kidman did say that in the BBC Two interview, but she made clear she was speaking more broadly on the election's outcome and honoring the system that put Trump in office. She added that she is more committed to fighting for issues as opposed to political figures.

Here's a still from footage of the BBC Two interview with Victoria Derbyshire: 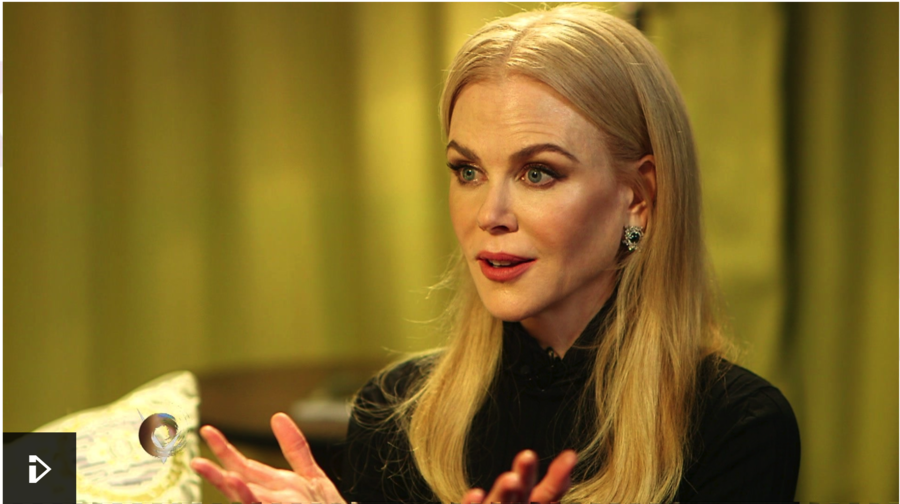 While Kidman did receive backlash on social media after the interview, she was never blacklisted or dealt any career-ending penalties. In fact, she has acted in several films and TV shows in the last two years since the interview, and she has several upcoming roles in 2020, according to IMDB (her profile at the time of writing is achived here) including:

It's also not the first time Kidman has been blasted for supposedly supporting Trump. In May of 2019, our team debunked another hoax that claimed Kidman said Trump was the best president in the U.S. history. That article featured the same BBC Two interview.

It is likely the current text of the story is the result of article spinning, a technique that involves automatically swapping words with other words or phrases with similar meanings in order to avoid plagiarism-detection software. Article spinning is defined by internet marketeers and SEO experts as:

"the process of re-writing an article to create new "original" copies in an attempt to avoid duplicate content issues that can result in a penalty from search engines like Google ... "

For example, note the changes in bold between the two following stories. There was this older version of the story from everyday24.net (archived here) which began:

Nicole Kidman is one of the rare celebrities in Hollywood that support Donald Trump. It is pretty simple to understand why some people like Kidma, Denzel Washington, Mark Whalberg, Steve Harvey and many others disobey the liberal lords that want to divide and destroy America.

This ,,conservatives" between the famous celebrities are people who were raised in the american spirit, they have religious and moral values since they were kids and they will NEVER kneel before the Devil's agenda.

Compare that with the current version from Apparent Politics story, which begins:

Kidman is one of the uncommon big names in Hollywood that help Donald Trump. It is quite easy to comprehend why a few people like Kidman, Denzel Washington, Mark Wahlberg, Steve Harvey, and numerous others defy the liberal rulers that need to separate andannihilate America. This,, moderates" between the celebrated superstars are individuals who were brought up in the American soul, they have religious and virtues since they were children and they will NEVER stoop before the Devil's plan.

We wrote about apparentpolitics.com before. Here are our most recent articles that mention the site: