Were a group of supporters for Democratic presidential hopeful Bernie Sanders holding signs that said "Work is hard" and "Brain Surgeons + McDonald's managers deserve equal pay"? No, that's not true: This is a politcal advertisement being shared on Facebook by a pro-Trump organization that has spent nearly $200,000 on Facebook ads.

The photograph originated from a post (archived here) where it was published on Facebook by The Committee to Defend the President on February 11, 2020. It opened:

Hey, it's the Bernie Bros! 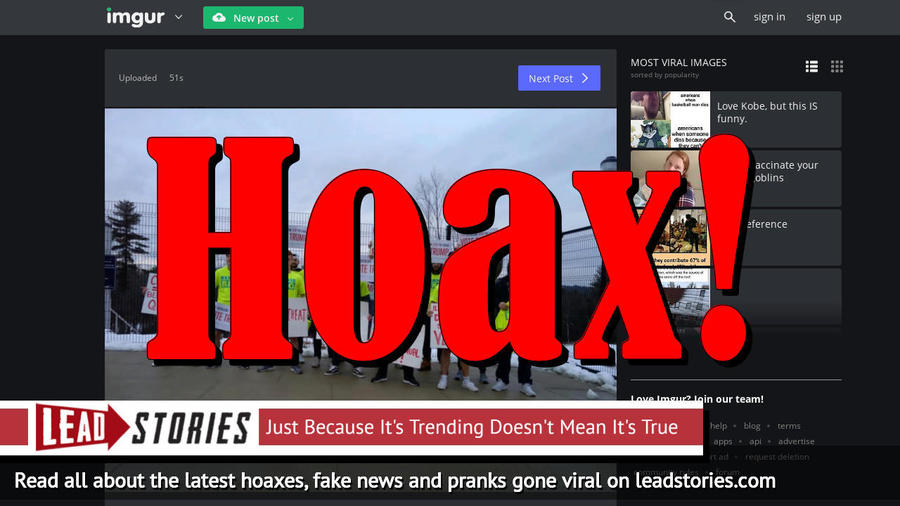 The ad was placed by The Committee to Defend the President, which has nearly one million likes. In the "about" section on Facebook, the group says, "Please join us and defend President Donald J. Trump. The Crooked Media has shown us time and time again that they can not be trusted, we will defend him!"

While the photograph might capture the sentiment of some ardent supporters of Sanders - a proud, unabashed Democratic socialist - those in the photo aren't true "Bernie Bros." When the pro-Trump group posted a similar photo of the group at night, some Facebook users picked up on the joke. "This is Tongue-in-cheek humor folks !! Highlighting what Bernie stands for," one person wrote. Another said, "Relax people, this is humor!!!"