The video was posted (archived here) on Sunday, April 26, 2020, to a newly created Facebook page made to appear similar to the well-known The Discovery Channel, with the following headline: 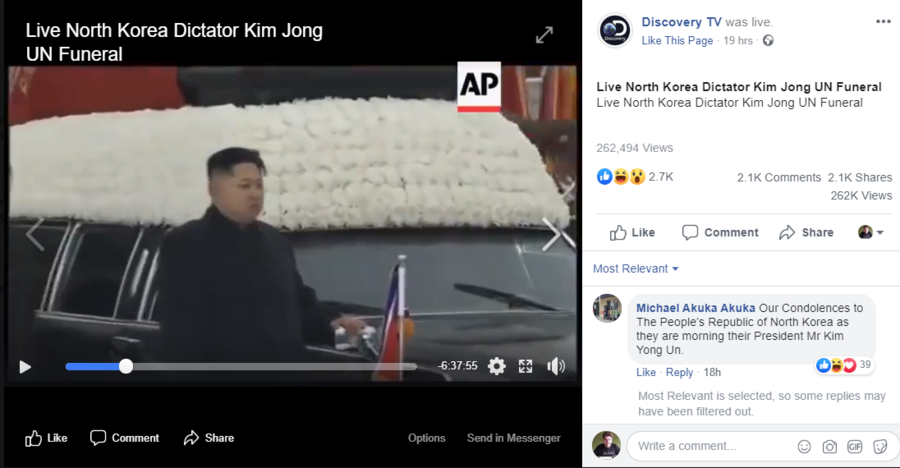 Here is the video claiming to show the dictator's funeral.

The video, which appears to be on an eight-hour loop showing thousands of mourners lining the streets of North Korea's capital, was captured by The Associated Press during Kim's father's funeral, according to the news agency.

According to the AP, the video "was blurred so it was more difficult to tell Kim Jong Il's image was being carried along with the funeral procession."

The Facebook page, using the title "Discovery TV," was created on April 18, 2020. It has no known owner. The telephone number listed in its "About" section appears to be for a fax machine with a Wisconsin area code.

The Discovery Channel did not immediately respond to a Lead Stories email request about the validity of the Facebook page.

A delegation led by a senior member of the Chinese Communist Party's International Liaison Department left Beijing for North Korea on Thursday, two of the people said. The department is the main Chinese body dealing with neighbouring North Korea."

As of this writing, Kim's death has not been confirmed by the United States or any country keeping a close watch on North Korea.