Does a video showing a man standing up after being rolled on a gurney from an ambulance show how the media orchestrates a pandemic? No, that's not true: The video, which apparently was recorded in Russia, has not appeared in any media reports, although it has been shared around the world on social media to make the claim that the media is faking the COVID-19 pandemic by using crisis actors to stage hospital arrivals.

The claim appeared to have originated in the countries that previously made up the Soviet Union, but has more recently been shared in the United States. One example is a tweet (archived here) posted on Twitter on May 24, 2020, under the title "Leaked tape shows how the media orchestrates the pandemic, with crisis actors coming back to life when the photoshoot is over." Text over the video read:

WHEN YOU ORCHESTRATE A PLANDEMIC
EVEN THE CRISIS ACTORS ARE EXPOSED

A major clue about the origins of the video is seen the number "103" in red letters on the rear door of the ambulance. 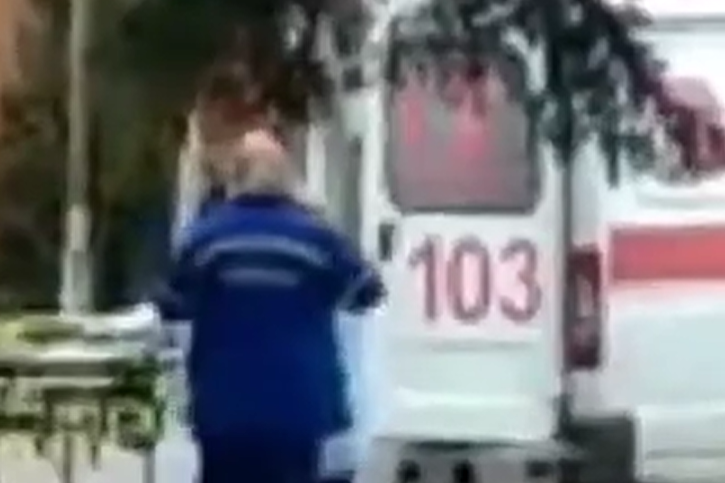 Russians and citizens in many of the former Soviet states dial 103 in an emergency, just as Americans dial 911. The number 103 is typically displayed on the sides and doors of Russiam ambulances, as seen in this photo: 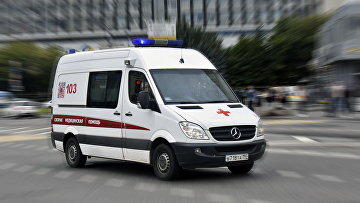 StopFake.com, a Ukrainian fact-checking website, noted that the ambulance workers were not wearing protective gear as required during the COVID-19 pandemic, which is shown in this photo: 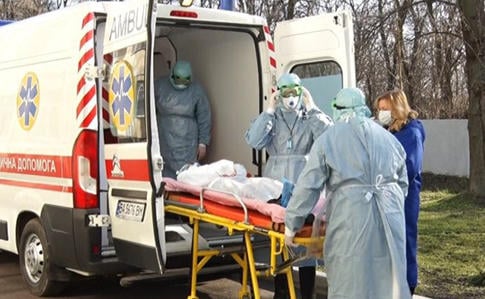 The Kyrgyzstan news agency VESTI.KG also investigated the video for an article titled "Photosession of doctors with a 'fake' patient outraged social networks.: This is a translation of a passage in which the writer notes that a man speaking on the earliest known version the video as posted on YouTube is speaking the Kyrgyz language, not Russian, but the ambulance workers are not wearing Kyrgyz uniforms:

In what medical institution the record is made is unknown. The voiceover speaks the Kyrgyz language, however, some commentators have suggested that the video could have been shot in Russia, as in Kyrgyzstan ambulances wear a different color uniform.

StopFake determined the man speaking was not on the scene, but elsewhere pretending to direct the staged video:

In the original video, what was happening was commented in Kyrgyz. As StopFake explained, a voiceover says that people pretend to be taking the deceased, but this is just a game, and the man on the couch himself came and lay on it.

This is one version of the original video with the Kyrgyz speaker, titled "How the medical assistants of the criminal regime create performances to fool their own people!"

If the video was produced by "the media" to "orchestrate the pandemic," then why haven't the video and photos been published -- other than on social media to support the claim that the COVID-19 pandemic is being faked? As StopFake noted:

There is no evidence that the video is used by the media in the news.

Lead Stories previously debunked a similar claim that a mannequin was wheeled into a New York hospital in a cover-up about hospital overcrowding. Read Fact Check: Photo Of Mannequin Being Wheeled Into Hospital Does NOT Prove A Coronavirus Cover-Up